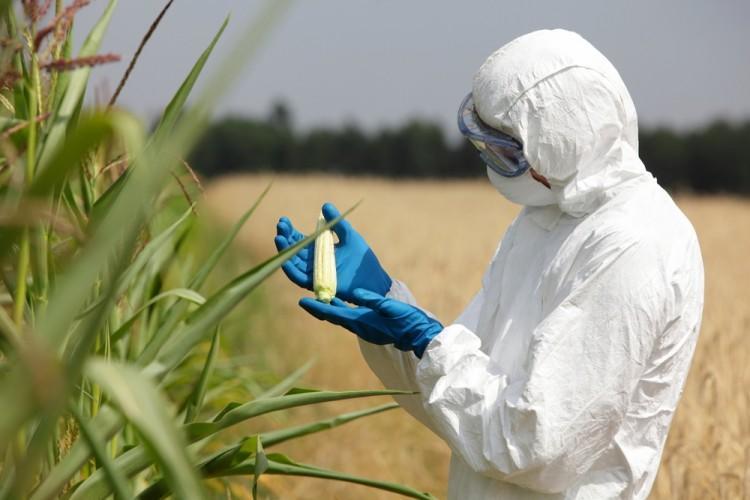 The Dow Jones Industrial Average and the S&P 500 broke a four-day losing streak and closed higher on September 2. Meanwhile, the Nasdaq Composite fell about 0.3% and all major averages were expected to close the week lower. This is partly due to the 2-year U.S. Treasury yield exceeding 3.5% on September 1, the highest level since November 2007. The yield impacted rate-sensitive growth equities, making future profits uncertain and less attractive. Even the biggest market players like Apple Inc. (NASDAQ:AAPL), Amazon.com, Inc. (NASDAQ:AMZN), and Microsoft Corporation (NASDAQ:MSFT) are feeling the heat of macro volatility.

The stock market has almost consistently faced a slump as investors are unsure how to deal with mandates from Fed officials, who have given no indication of easing up on rising rates. There has been a debate in the stock market about equities potentially hitting the June lows in September, a historically weak month for markets.

According to a Bloomberg report from August 12, macro factors such as a strong dollar and narrower credit spreads have benefited smaller companies. Ned Davis Research has moved its tactical recommendation to small caps from large caps. The new recommendation is supported by valuations and interest rates, to name a few factors. “Small caps tend to outperform in early stages of a market rally. They have high betas and they tend to be more oversold”, said the firm’s chief US strategist, Ed Clissold.

According to Lori Calvasina, head of US equity strategy at RBC Capital Markets, recessionary periods are excellent times to buy small caps. The analyst cited valuations as a primary reason, as well as the strength of earnings given small caps have made lesser changes to earnings guidance despite market volatility.

We chose the relatively unknown stocks that have a market cap of less than $5 billion, a net profit margin of more than 40%, as well as considerable sales and EPS growth on a quarter over quarter basis. We have mentioned the latest earnings, analyst ratings, and business fundamentals for the companies, in addition to the Q2 2022 hedge fund sentiment, to provide a better understanding for our readers.

Top Small Company Stocks You Should Own Now

Stock Yards Bancorp, Inc. (NASDAQ:SYBT) declared on August 17 a $0.29 per share quarterly dividend, a 3.6% increase from its prior dividend of $0.28. The dividend is payable on October 3, to shareholders of the company as of September 16. The stock delivered a dividend yield of 1.77% on September 2.

In addition to Apple Inc. (NASDAQ:AAPL), Amazon.com, Inc. (NASDAQ:AMZN), and Microsoft Corporation (NASDAQ:MSFT), Stock Yards Bancorp, Inc. (NASDAQ:SYBT) is one of the stocks to consider for a diversified portfolio.

Here is what Harding Loevner has to say about Stock Yards Bancorp, Inc. (NASDAQ:SYBT) in its Q2 2021 investor letter:

“If Signature, which currently sits around our market cap ceiling, could be the next First Republic, then the Louisville-based bank Stock Yards could be the next Signature. Stock Yards operates in Kentucky, Ohio, and Indiana, smaller markets where local bankers develop knowledge of their communities not easily replicated by national competitors. Stock Yards’ 60 relationship managers live in the neighborhoods where they do business and have spent decades getting to know local companies and their owners, serving them with a high level of personal attention. The result is a bank that has grown at twice the pace of the industry, while earning higher returns.

Like Signature, Stock Yards was able to grow its market share during last year’s pandemic-driven downturn. Working closely within their local communities, its bankers understood how urgently businesses needed the federally funded small business loans offered under the 2020 Payroll Protection Program Flexibility Act. Many banks struggled to process the loans, which, among other things, required close coordination with the federal Small Business Administration. Stock Yards learned the procedures quickly and was able to provide loans when other banks could not. In addition to helping its existing clients during a difficult time, it was able to attract a large number of new clients by agreeing to write the loans on condition that they move their deposit accounts from their old banks to Stock Yards.”

Dorchester Minerals, L.P. (NASDAQ:DMLP) was founded in 1982 and is based in Dallas, Texas. The company engages in the acquisition and ownership of producing and non-producing natural gas and crude oil royalty, net profit, and leasehold interests in the United States. On August 4, Dorchester Minerals, L.P. (NASDAQ:DMLP) reported a Q2 GAAP EPS of $0.96, up considerably from per share earnings of $0.46 in the prior-year quarter. Revenue in the second quarter more than doubled on a year over year basis, coming in at $47.45 million.

According to Insider Monkey’s data, 5 hedge funds were bullish on Dorchester Minerals, L.P. (NASDAQ:DMLP) at the end of June 2022, up from 4 funds in the prior quarter. Murray Stahl’s Horizon Asset Management is the largest stakeholder of the company, with more than 1 million shares worth $24.5 million.

Centrus Energy Corp. (NYSE:LEU) is a Maryland-based supplier of nuclear fuel and services for the nuclear power market in the United States, Japan, Belgium, and internationally. The company operates through two segments – Low-Enriched Uranium (LEU) and Technical Solutions. On August 4, Centrus Energy Corp. (NYSE:LEU) posted a Q2 non-GAAP EPS of $2.51 and a revenue of $99.1 million.

According to Insider Monkey’s data, Centrus Energy Corp. (NYSE:LEU) was part of 6 hedge fund portfolios at the end of the second quarter of 2022, with combined stakes worth $14.70 million, compared to 9 funds in the prior quarter worth $15.4 million.

Here is what Old West Investment Management has to say about Centrus Energy Corp. (NASDAQ:DMLP) in its Q3 2020 investor letter:

“The global enrichment market is highly concentrated with significant barriers to entry, and only a handful of companies control global capacity. The majority of these are state-owned or privately held, and as a result there are very few opportunities to invest in this crucial portion of the fuel cycle.

One such company is Centrus, which traces its origins back to the beginning of the nuclear age when the US government originally developed the technology for nuclear enrichment. Those enrichment assets, representing billions of dollars of research and development, were privatized in the 1990s and subsequently listed on the New York Stock Exchange. In 2013, due to market conditions and advances in technology, the company shut down the last of the legacy enrichment assets but maintained their relationships with fuel buyers and suppliers, in effect serving as a broker of enriched fuel into the US market.

The US is the world’s largest consumer of nuclear fuel, powering 20% of its electricity supply, but has no domestic enrichment capacity. The only operating facility, in New Mexico, is owned by a consortium of foreign entities. The country is heavily dependent on imports from Russia, whose state-owned nuclear enterprise controls half of global supply. The US government has readily acknowledged that this is a serious problem, and a trade investigation in 2018 led to a cabinet-level Nuclear Fuel Working Group report that revealed strong bipartisan support for revitalizing the domestic industry.

The government set out to remedy the problem by awarding a contract to Centrus to build a new enrichment plant, and agreeing to fund most of the $115 million cost. When completed next year, it will be the only facility capable of producing the advanced fuel (known as “HALEU”) required by the next generation of nuclear reactors and satisfying the domestic origin requirements of the US government. With their first mover advantage and strong government support we believe Centrus will have a dominant position in HALEU fuel, a market that is expected to grow 100-fold this decade. (Click here to read more)

Canaan Inc. (NASDAQ:CAN) is a Beijing-based company that designs and sells integrated circuit final mining equipment products for bitcoin mining in the People’s Republic of China. On August 18, Canaan Inc. (NASDAQ:CAN) reported a Q2 GAAP EPADS of $0.53 and the non-GAAP adjusted net income was $102.7 million, an increase of 26.6% from Q1 2022 and an increase of 115.0% from the prior-year quarter. The revenue of $246.7 million also gained 52.8% on a year over year basis.

On August 29, the US Public Company Accounting Oversight Board announced finalizing an agreement with Chinese regulators in moving towards higher accounting transparency – a move in an attempt to curb a “draconian de-listing outcome”, H.C. Wainwright analyst Kevin Dede told investors in a research note. The analyst believes  Canaan Inc. (NASDAQ:CAN)’s delisting risk has decreased since the U.S. and China “have reached what we see as an important agreement”. He sees an attractive entry point at current share levels. The conclusion of a tough bitcoin mining cycle could start to move mining rig sales and prices higher next year and Canaan Inc. (NASDAQ:CAN) has a cash balance representing roughly $2.60 per share, he added.

According to Insider Monkey’s data, Canaan Inc. (NASDAQ:CAN) was part of 8 hedge fund portfolios at the end of Q2 2022, compared to 7 funds in the prior quarter. Polunin Capital is the leading position holder in the company, with 1.40 million shares worth $4.5 million.

On July 20, Jefferies analyst Omar Nokta initiated coverage of Costamare Inc. (NYSE:CMRE) with a Buy rating and a $19 price target. Costamare Inc. (NYSE:CMRE) benefited from stronger and outsized returns in the container segment last year to invest in dry bulk assets “opportunistically,” said the analyst, who expects to see more special dividend payments in the future due to the firm’s robust operating platform.

According to Insider Monkey’s data, Costamare Inc. (NYSE:CMRE) was part of 8 hedge fund portfolios at the end of Q2 2022, compared to 13 funds in the last quarter. Jim Simons’ Renaissance Technologies is the biggest position holder in the company, with 2.4 million shares worth about $29 million.

Apart from mega caps such as Apple Inc. (NASDAQ:AAPL), Amazon.com, Inc. (NASDAQ:AMZN), and Microsoft Corporation (NASDAQ:MSFT), Costamare Inc. (NYSE:CMRE) is one of the small company stocks to consider as the market faces extreme volatility.

Click to continue reading and see Top 5 Small Company Stocks You Should Own Now.

Disclosure: None. Top 10 Small Company Stocks You Should Own Now is originally published on Insider Monkey.