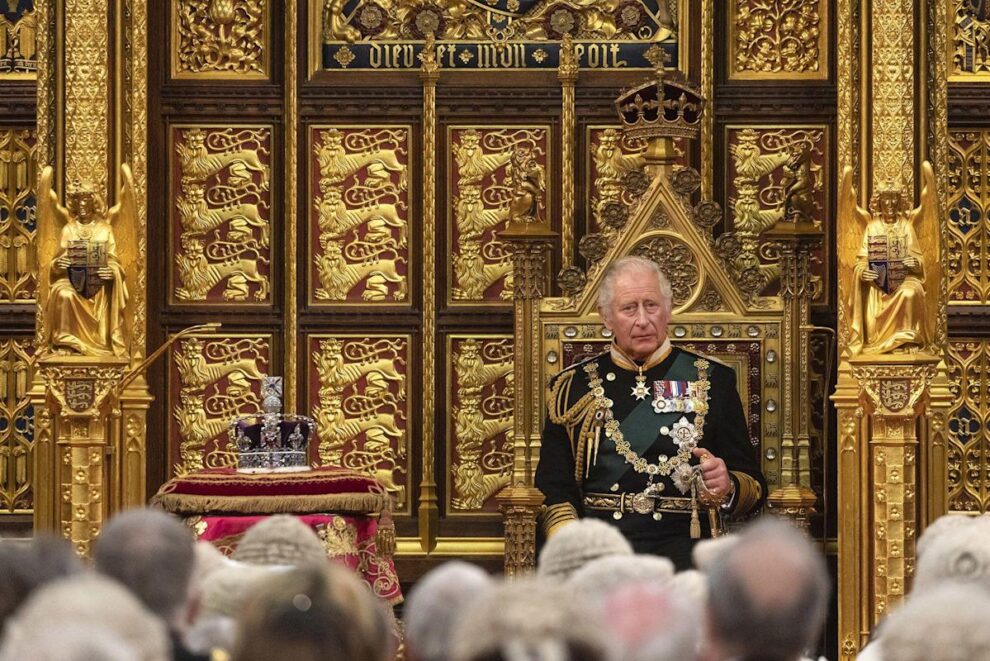 (Bloomberg) -- A worsening cost-of-living crisis, a messy political scandal and the threat of further repercussions from the war in Ukraine form an unlikely backdrop for a celebration of national stability.Most Read from BloombergReady to Buy a House? Just Wait a Few WeeksSoros’s Money Manager Warns Recession ‘Inevitable’ But Market Timing Is OffGiant Deep Ocean Turbine Trial Offers Hope of Endless Green PowerChinese Banks Overflow With Cash That Nobody Wants to BorrowBiden Says US Will Provide Read More... 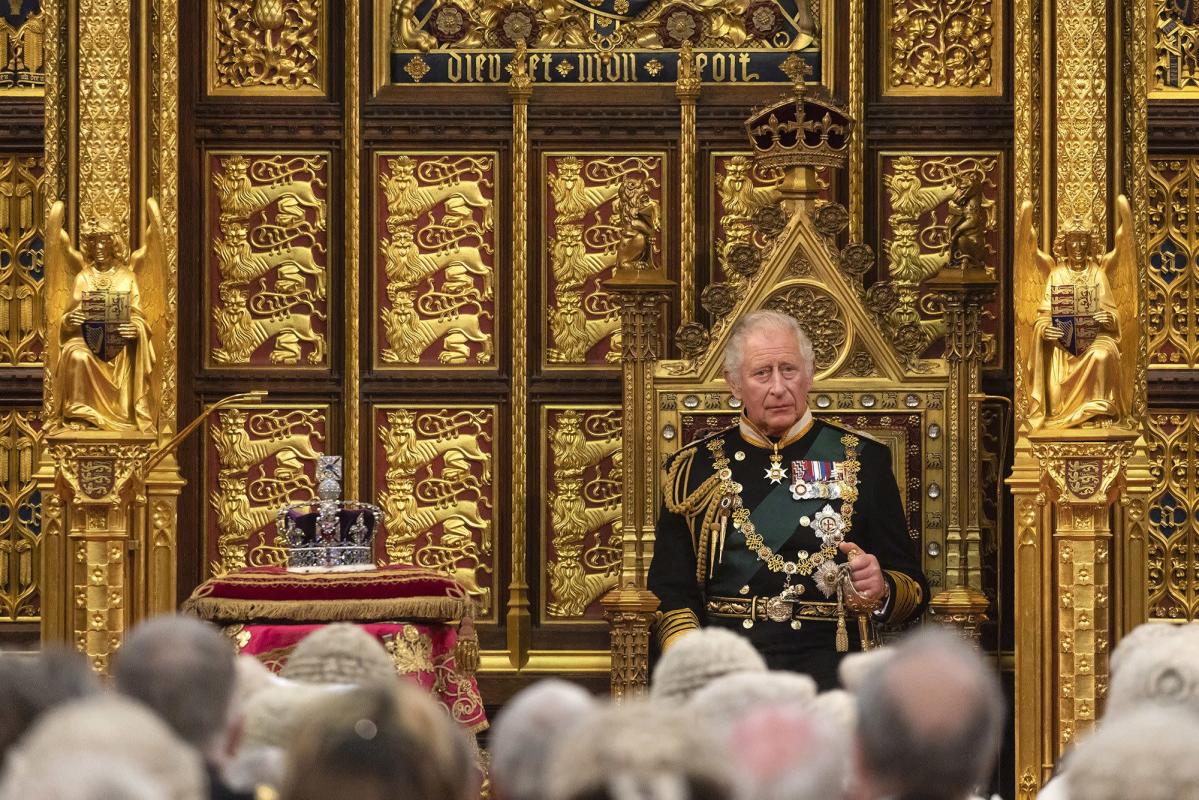 (Bloomberg) — A worsening cost-of-living crisis, a messy political scandal and the threat of further repercussions from the war in Ukraine form an unlikely backdrop for a celebration of national stability.

As the UK marks Queen Elizabeth II’s Platinum Jubilee, the clouds are a reminder that the 96-year-old monarch won’t be around for ever, just as the country faces an uncertain future. Beyond the most immediate challenges, the unresolved status of Northern Ireland after Brexit and Scotland split over independence raise questions about whether the kingdom will even stay united in the coming decades.

The pomp of royal patronage or public scrutiny of her family dramas more often capture attention around the world, but over 70 years the Queen’s private weekly meetings with the prime minister have arguably been just as important in providing a constant thread running through British public life.

That deep well of experience means that when Boris Johnson visits Buckingham Palace each Wednesday, he’s talking to a confidante who had a regular audience with his hero Winston Churchill. Elizabeth was just 25 when she began her weekly conversations with her first prime minister, and she’s had a unique insight into every political crisis the country has navigated since then.

She’s listened to concerns over domestic and foreign policy, trawled through daily red boxes of state briefings, and helped smooth diplomatic relations by hosting world leaders. That gives her an authority, even as she gets more visibly frail, that her heir, Prince Charles, will struggle to match.

Former UK cabinet minister David Lidington recalls sensitive papers crossing his desk with the Queen at the top of the list of recipients. “For any prime minister, it’s the fact you go in and it’s the one person in the country who you can talk to completely frankly and know it’s not going to leak,” said Lidington, who was Theresa May’s de facto deputy. May took the meetings “very, very seriously,” he said.

The monarchy is a constitutional rather political one: as head of state, the Queen reigns but does not rule. It is also tinged with an aura of mystery — as Victorian journalist and economist Walter Bagehot said: “We must not let in daylight upon magic.”

Laws passed by the UK Parliament require royal assent, though the system makes that a formality. But while she “remains politically neutral on all matters,” according to the Royal Family’s official website, she is also able to “advise and warn” the premier when necessary.

The staggeringly long reign has spanned immense change in British society and across her 14 other Commonwealth realms. About 85% of the British population was born since she became monarch.

Elizabeth was 25 years old in 1952 when her father, King George VI, died during wartime leader Churchill’s second stint as prime minister. Over the decades, the balance of power shifted at the weekly audiences with her heads of government as Elizabeth amassed more knowledge and experience.

The Queen had mixed relationships with them. She was reportedly particularly close to Harold Wilson, who was Labour prime minister for two terms in the 1960s and 1970. The pipe-smoking former Boy Scout from Yorkshire described the “relaxed intimacy” between them in his memoirs. There were reports in the 1980s that she had fallen out with Conservative premier Margaret Thatcher, who governed for 11 years.

By the time John Major, Thatcher’s successor, met her in 1990, she was a “walking encyclopedia of contemporary politics,” said Andrew Marr, broadcaster and author of “Elizabethans: How Modern History Was Forged.” When a prime minister walks in now with a crisis or a scandal, they know “she’s seen all these things happen before,” Marr said. The Queen put it another way in a 1992 interview with the BBC: “They know I can be impartial, and it is rather nice to feel one is a sponge.”

Johnson told the House of Commons on May 26 how she had put him right on a number of occasions, such as by remembering key historical dates. “Our conversations are always immensely comforting because she has seen the sweep of it, and she has seen the cycle from gloom to elation,” he said.

The relationship could work the other way, too. Labour’s Tony Blair was credited with persuading the Queen to pay tribute to the late Princess Diana following her death in 1997, after accusations she had gravely misjudged the public mood.

At other times bonds have been tested. Most recently, Johnson’s office apologized to her in January after it emerged that his staff held a party on the eve of her late husband Prince Philip’s funeral in 2021, when Covid-19 restrictions were in place.

David Cameron also said sorry to her in 2014 after being caught on camera saying she had “purred down the line” when he phoned her to say Scotland had rejected independence in a referendum.

The reality is no-one really knows for sure what she believes, despite newspaper reports giving it a go. The Sun’s front-page story in 2016 that the “Queen backs Brexit” was found to be “significantly misleading” by the UK’s press watchdog.

“People have tried to put words in her mouth about the European Union and about England-Scotland,” said Vince Cable, a former cabinet minister and Liberal Democrat leader. “But I don’t think it really got very far, and I’m not sure we know what she thinks.”

The monarchy will inevitably change with her successor, from its relationship with Commonwealth nations with growing republican sentiment to those weekly discussions with prime ministers. A transition is already quietly taking place, demonstrated by the monarch’s eldest son and heir Prince Charles delivering the set-piece Queen’s Speech opening parliament.

As the more Queen inevitably steps back from more frontline duties in the coming months, questions will be raised about the impact on politics. Charles is already well known for the “black spider” letters he has penned to ministers over the years in his distinctive scrawl, expressing opinions on everything from global warming to architecture.

There’s also the issue of public attitudes toward the monarchy. For all the plaudits from politicians at home, a poll by Ipsos published on May 27 found the nation is split over whether the royal family is a luxury the UK can’t afford. Latest accounts show the monarchy cost the taxpayer 87.5 million pounds ($111 million) during 2020-21, an increase of 18.1 million pounds on the previous financial year.

The institution also had to contend with the fallout from sexual abuse allegations against the Queen’s son, Prince Andrew, which he settled in a US court. Grandson Prince Harry and wife Meghan Markle, meanwhile, have uprooted to the U.S.

“You’ve got all these Americans watching ‘The Crown’ and they are gripped by it,” said Nigel Evans, deputy speaker of the House of Commons, referring to the hit Netflix series. “I’ve got to tell them: reality is way better than fiction.”