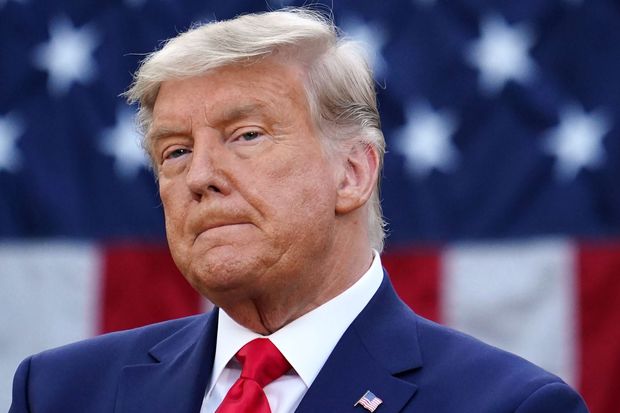 The Trump campaign faced more setbacks Tuesday in its attempt to overturn the election results in Pennsylvania, casting further doubt on the president's longshot attempt to win a second term in the courts. Read More...

The Trump campaign faced further setbacks Tuesday in its attempt to overturn the election result in Pennsylvania, casting further doubt on the president’s longshot attempt to win a second term in the courts.

In a 5-2 ruling, the Pennsylvania Supreme Court overturned a lower court’s decision that ordered election observers in Philadelphia to be allowed within 6 feet of tables where ballots were being counted.

The court concluded that the Philadelphia Board of Elections rules “did not deprive [Trump campaign] poll watchers of the ability to actually observe the process in any meaningful way.”

In a separate federal lawsuit, former New York Mayor Rudy Giuliani stepped in at the last minute to present arguments in a case that was supposed to address complaints that some Pennsylvania counties, but not others, allowed political parties to contact voters to alert them that their ballots were at risk of being disqualified.

During oral arguments Tuesday afternoon, Giuliani strayed from the central argument outlined in the complaint to allege that Democrats “stole an election” in Pennsylvania and that 1.5 million votes had been illegally counted.

He pointed to claims that Republican election observers did not have “meaningful” access to observe ballot counters, contrary to the Pennsylvania court ruling that county election boards followed state election law. He did not present evidence of any illegally cast votes.

Giuliani had to step in to argue the case after two lawyers withdrew from the suit, while another attempted to pull out but was denied that request by U.S. District Judge Matthew Brann.

Philadelphia attorney Linda Kerns was denied a request to withdraw from the case, as Texas lawyers John Scott and Douglas Bryan Hughes, who had just joined the case on Friday, were granted their requests.

The shakeup came just days after the original lawyers on President Donald Trump’s side of the case, from the Ohio-based firm Porter Wright Morris & Arthur, dropped the case amid public pressure and employee complaints that the firm was supporting a lawsuit that was baselessly undermining public faith in the electoral process.

“Our substitution of local counsel is consistent with routine managing of complex litigation,” Jenna Ellis, a campaign legal adviser, said in a statement Monday evening.

Following Harrisburg, Pa., lawyer Marc Scaringi’s appointment to the case, he requested that it be delayed so that he could prepare, despite the campaign’s telling the court that he was “aware of the schedule set by the Court in this matter and will be prepared to proceed according to that schedule.” Judge Brann quickly denied the request.

The hearing began at 1:30 Eastern time.

Though it was seen as unlikely that the case could lead to Trump campaign overcoming president-elect Biden’s roughly 72,300-vote lead in the state, it’s difficult to see how the president could ultimately win re-election without reversing the outcome of the Pennsylvania election. Even without the Keystone State’s 20 electoral votes, Biden would still have the necessary 270 to win the presidency, according to the Associated Press.

The AP has yet to call Georgia, though Biden’s more than 14,000-vote lead in that state is unlikely to be overcome in the ongoing recount process there, meaning that Biden is on track to win the state’s 16 electoral votes as well.

Read on: Georgia secretary of state says Lindsey Graham and other Republicans have pressured him to toss legal ballots: report

The Most Important Story in Online Travel in 2019