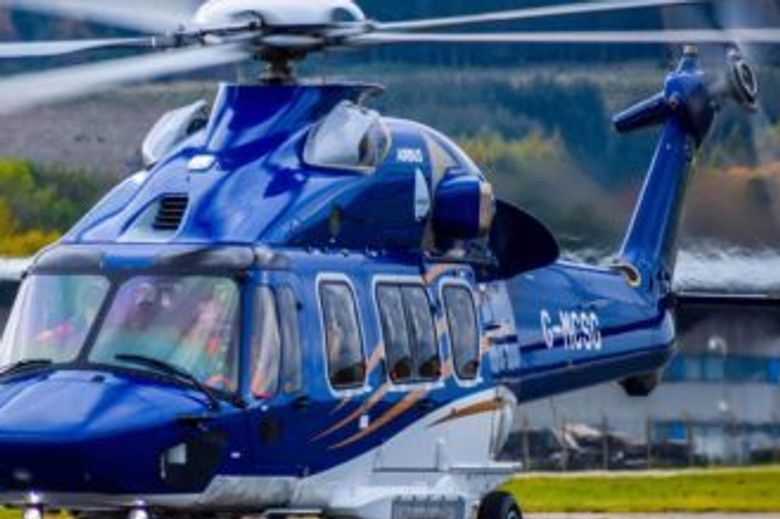 Shares in Babcock International BAB, +4.67% rose more than 3% on Thursday, after the U.K.’s second-largest defense contractor said it was in talks to sell its oil and gas division to U.S.-based helicopter services company CHC Group.

FTSE 250-listed Babcock said it had conditionally agreed to sell the business, which provides helicopter transport for offshore workers in the U.K., Denmark and Australia, for an undisclosed sum.

Shares in Babcock, which have fallen by 11% so far this year, were up 3.2% in early afternoon trading in London.

The sale comes amid a strategic review of Babcock’s businesses and performance, which was launched last year by new Chief Executive David Lockwood to help restore investor confidence in the company after a turbulent few years.

The group’s oil and gas business, which is based in Aberdeen, Scotland, employs more than 500 people and operates around 30 aircraft across the U.K., Denmark and Australia.

Lockwood, who headed up defense and aerospace supplier Cobham for three years before it was bought by private equity group Advent International in 2019, is due to update investors on the results of the review in May when he presents Babcock’s full-year results.

The deal, which is subject to pre-closing conditions, is expected to close in the second quarter of 2021.

TaxWatch: Most people couldn’t correctly answer this pandemic-related tax quiz. Can you do better?

How Facebook Makes Money: advertising, payments and other fees