Uber Technologies Inc. acknowledged Friday it had been showing drivers lower fares than what riders actually paid, and promised to change the practice while saying it was all due to the new California law the company spent tens of millions of dollars to pass. Read More... 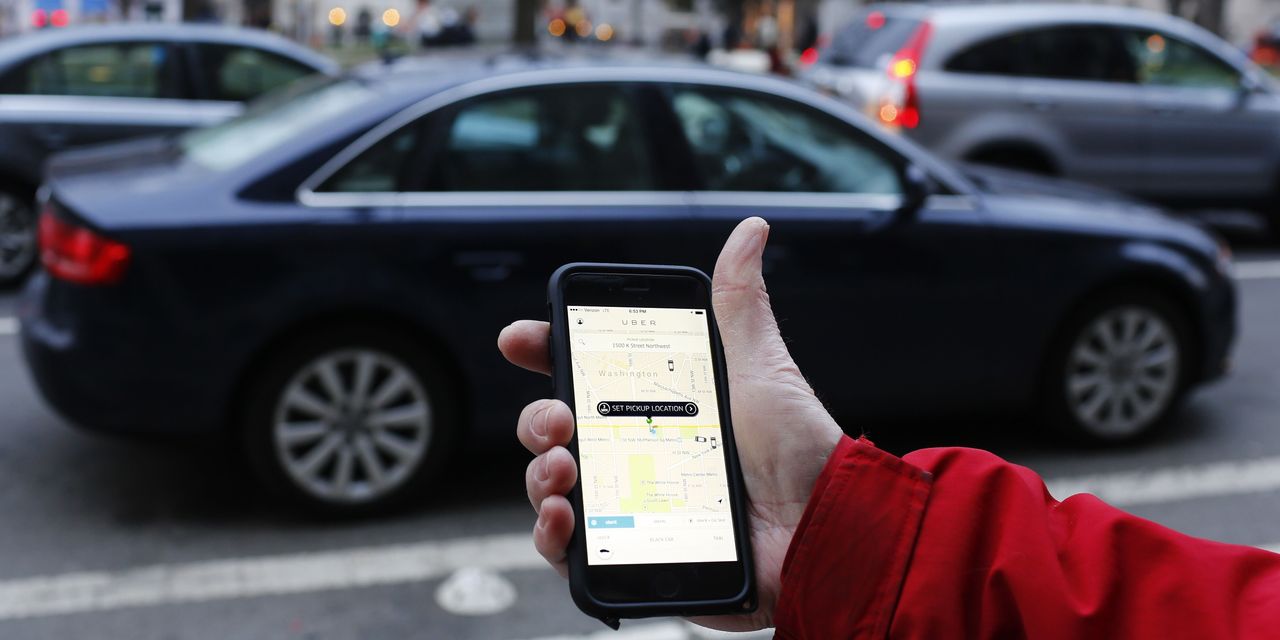 Uber Technologies Inc. acknowledged Friday it had been showing drivers lower fares than what riders actually paid and promised to change the practice, which it attributed to a California law the company spent tens of millions of dollars to support.

Uber UBER, -0.23% made the change after San Francisco news site Mission Local reported that drivers in the city were consistently shown a lower fare than what riders are actually paying, raising issues of transparency for drivers who want to know how much of a cut Uber takes from each ride.

Uber spokesman Matthew Wing confirmed with MarketWatch that the practice would change, and said that California riders and drivers were seeing different amounts because of fees added due to Proposition 22, the ballot initiative that a majority of the state’s residents passed in November.

Uber, Lyft Inc. LYFT, -0.44% and other gig companies spent more than $200 million to support Proposition 22, which promised certain new benefits to drivers in order to bypass a state law that required them to treat drivers as employees instead of independent contractors. Uber is passing on the costs of those new benefits — which include guaranteed earnings equivalent to 120% of the minimum wage during drivers’ engaged or booked time, health stipends for some drivers, and more — to riders, which is why they see a higher price for the ride than drivers do, Wing said.

Uber will start showing the same information to riders and drivers starting next week, he said.

Casey also pointed to driver complaints that many of them haven’t been able to benefit from Proposition 22. For example, drivers who are on Medi-Cal, the state’s health insurance program for low-income individuals and families, are not eligible for the health-care stipends.

Uber and Lyft say they have already paid out millions of dollars in guaranteed earnings and health-care stipends since Proposition 22 was passed last year. Wing explained that the rates riders see are what they agree to pay for the ride, but drivers’ pay is determined by factors beyond base rate and distance like how long a ride takes, which can vary.

The Mission Local story includes questions about Uber’s take rate — what percentage of a ride’s cost the company is getting versus how much drivers are earning. Uber has said its take rate is about 25%, but according to calculations by that story’s reporter, the drivers’ average take rate was about 56%, meaning the company’s take rate averaged about 44%.

“The take rate on individual trips currently doesn’t include driver incentives, so it doesn’t comprehensively show how much the driver is earning on a trip nor give a full picture of how much Uber drivers are really earning,” Uber’s Wing said.

As demand for rides rebounds, both companies say drivers nowadays are making an average of more than $30 an hour in top markets, excluding tips. Drivers who went on a one-day strike this week, though, told MarketWatch that their earnings have declined.

See: Uber and Lyft drivers strike for a day

Lyft said this week that it provides drivers a weekly breakdown of their earnings, deductions, what riders pay and where that money goes.

Dow Jones Futures: Stock Market Rally Back At Highs With Apple Earnings Due; Hold Or Sell Tesla Stock?
Netflix Won The First Round of The Streaming Wars: McNamee
Comment

13 Blue-Chip Stocks to Buy on the Next Dip

7 Bold Predictions for Tech Stocks in 2021

The Tell: The only path to a sharply higher stock market ‘is a bubble like the late 1920s and 1990s,’ says analyst who called rally off March lows