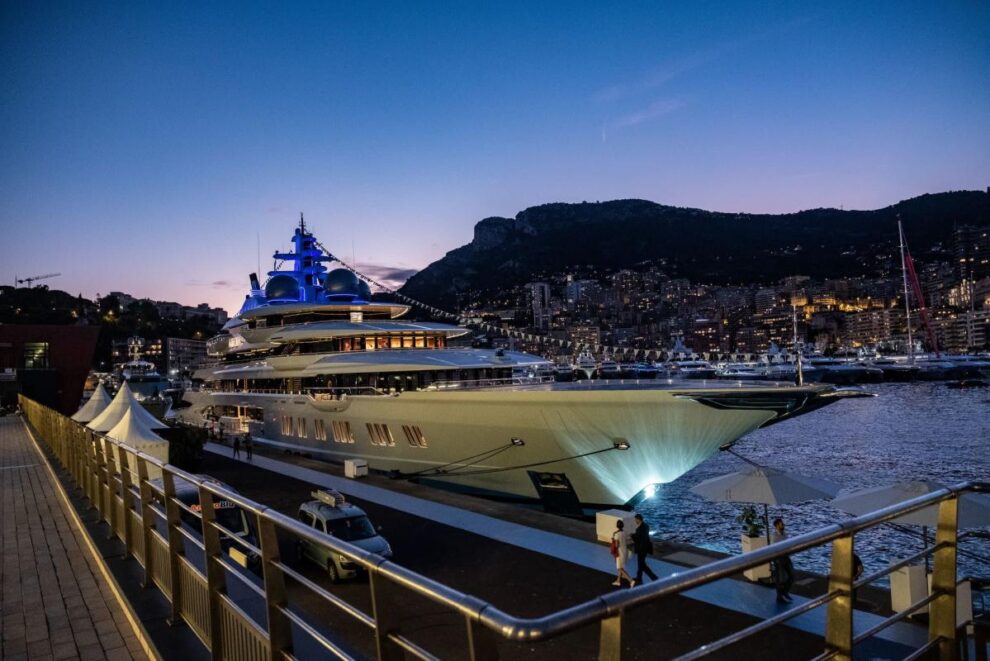 (Bloomberg) -- The European Union finally overcame Hungarian objections to approve the bloc’s sixth sanctions package against Russia, including a partial ban on crude imports, just as the OPEC+ cartel agreed to increase the size of its oil-supply hikes.Most Read from BloombergOne-Third of Americans Making $250,000 Live Paycheck-to-Paycheck, Survey FindsElon Musk’s Ultimatum to Tesla Execs: Return to the Office or Get OutJamie Dimon Says JPMorgan Is Bracing Itself for Economic ‘Hurricane’Fed Star Read More... 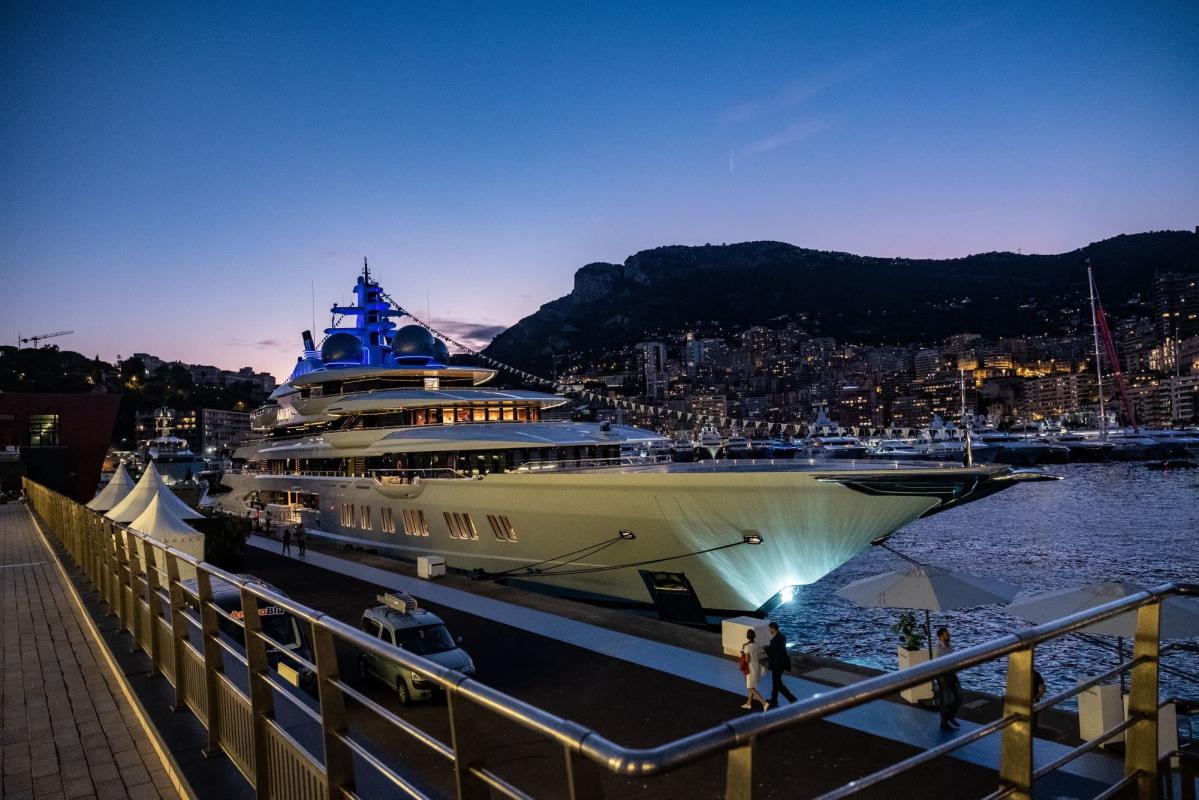 (Bloomberg) — The European Union finally overcame Hungarian objections to approve the bloc’s sixth sanctions package against Russia, including a partial ban on crude imports, just as the OPEC+ cartel agreed to increase the size of its oil-supply hikes.

The US added new curbs on doing business with Russia and Belarus, as well as sanctions targeting what were said to be yachts linked to Russian President Vladimir Putin and his allies.

Ukraine’s central bank more than doubled its benchmark interest rate in a bid to stem inflation and shield a currency battered by Russia’s invasion. Russia’s Finance Ministry said it’s ready to settle claims on 2022 Eurobonds judged to have breached their terms, after missing an interest payment.

The US added 71 entities based in Russia and Belarus to a list that prohibits American firms from doing business with them without getting a government license. The action raised the number of parties on the so-called Entity List to 322.

The restrictions limit Russia’s ability “to obtain the items and technologies it needs to sustain its military aggression,” Under Secretary of Commerce for Industry and Security Alan Estevez said.

The chief executive officer of Peter Thiel-backed Palantir Technologies Inc. visited Ukraine as he and President Volodymyr Zelenskiy discussed ways its technology could fend off the Russian military.

Palantir makes data mining software and services and powers dozens of agencies within the US government and its allies, as well as large institutions.

In a tweet on Thursday, Ukraine’s deputy prime minister and minister for digital transformation, Mykhailo Fedorov, said that Karp was the first CEO to visit the country since the beginning of the Russian invasion.

After a meeting with President Joe Biden at the White House, NATO Secretary General Jens Stoltenberg told reporters that he backs efforts by allies to find ways to export more grain from Ukraine, including by ship. Lithuania, Estonia and the Netherlands have all said they would consider sending naval escorts to help ships depart Ukraine’s ports, which have been blockaded by Russia, despite the risk that doing so could escalate the conflict.

Stoltenberg rejected the idea that grain exports have been hamstrung by international sanctions, putting the blame on Putin and his unwillingness to end the war. Russian Foreign Minister Sergei Lavrov has urged Ukraine to remove sea mines at ports as a prerequisite for unblocking ships carrying Ukrainian grain.

The US Treasury Department announced a new round of sanctions targeting what it said were yachts linked to Vladimir Putin as well as allies of the Russian president, in the latest set of penalties over the war in Ukraine.

The European Union approved a sixth package of sanctions, including a partial ban on Russian oil imports, after Hungary dropped objections that had been holding it up for weeks. The package includes a ban on insurance related to shipping oil to third countries and will also see Russia’s biggest bank, Sberbank, cut off from the international payments system SWIFT.

EU envoys agreed to drop Patriarch Kirill, who heads the Russian Orthodox Church and has been a vocal supporter of Putin and the war, from the EU’s proposed list of sanctioned individuals. Hungary angered many EU ambassadors by demanding Kirill’s removal after EU leaders reached a sanctions deal earlier in the week, but they ended up accepting the demand to ensure adoption.

Sweden pledged to boost financial and military aid to Ukraine by 1 billion kronor ($102 million), the Nordic country’s government said in a website statement. A contribution to the Ukrainian central bank’s fund in support of the armed forces will comprise about 578 million kronor, with some 262 million kronor worth of military aid include Sweden’s Robot 17 anti-ship missile system, armored vehicles, automatic rifles and ammunition.

For grain shipments to be freed, Russia should withdraw its navy from waters near Ukraine and provide guarantees that ports and commercial vessels won’t be attacked, Ukrainian Foreign Ministry spokesman Oleh Nikolenko said on Facebook.

Nikolenko was responding to comments by Russian Foreign Minister Sergei Lavrov urging Ukraine to remove sea mines at ports as a prerequisite for unblocking ships with Ukrainian grain. Ukraine is working the UN on ways to ensure navigation of vessels delivering Ukrainian agricultural products.

German Foreign Minister Annalena Baerbock said she supports EU candidacy status for Ukraine. “This is a historic moment,” Baerbock told public broadcaster WDR. “We cannot slam the door in the face of Ukraine.”

The European Commission will make a final decision on Ukraine’s candidacy status this June, Baerbock said, “but we as Germans have a special responsibility at this moment.” She also made clear, though, that Ukraine will get no special treatment in the further course of the accession process.

Ukraine’s National Bank more than doubled its key policy rate to 25% in the first such move in four months, reactivating policy tools to stem inflation and shield the currency battered by the Russian invasion.

In an emailed statement, the bank said the “resolute” step aimed to protect household income and hryvnia savings, raise the attractiveness of hryvnia assets, reduce the pressure on the foreign exchange market, and so enhance its capability “to maintain the stability of the exchange rate and restrain inflation processes during the war.”

Russia’s economy has been dealt a severe blow by international sanctions imposed following the invasion of Ukraine and that damage will become increasingly clear, German Economy Minister Robert Habeck said.

The revenue Russia receives from commodities like oil and gas doesn’t accurately reflect the pressure Putin is under because the country can “barely spend any of it,” Habeck told lawmakers in Berlin.

For more: Russia Economy Lurched Into Contraction In April Amid Sanctions

The Swiss government said it may revoke refugee status from Ukrainians who spend more than 15 days per quarter in their home country, in a sign it is tightening the rules for people displaced by the war. Nearly 7 million refugees have fled Ukraine since the Russian invasion in late February, with more than 54,000 of the people registered in Switzerland.

Ukraine’s President Volodymyr Zelenskiy called on the EU to start work on a new raft of sanctions against Russia days after the bloc’s leaders paved the way for a sixth package.

Speaking to the Luxembourg Parliament via video-link, Zelenskiy said the measures should target any entity or person who can contribute or be linked to the Russian war, while a legal mechanism should be prepared “to not only freeze these assets, but also to use them to compensate and repair the damage of all those that have suffered this aggression.”

Zelenskiy said Russian forces have occupied 20% of his country.

Russia will consider and, if necessary, settle claims by holders of its 2022 Eurobonds that they are owed additional interest payments for the period between the notes maturity and the date of payment, the country’s Finance Ministry said in a statement.

The Finance Ministry blamed foreign counterparties for the delay, which was ruled a “failure-to-pay” event by the Credit Derivatives Determinations Committee.

Five people were injured and many trains delayed due to the strikes, he said. Ukraine relies on rail and road links with Poland for trade and deliveries of weapons and humanitarian support.

The Swiss unit of Sberbank, Russia’s largest lender, has found a new buyer not subject to any sanctions that may allow it to resume commodity-trade financing in a few weeks, Le Temps reported.

Sberbank (Switzerland) AG expects to finalize the transaction within a week, the Swiss newspaper reported, citing an email to clients that it had seen. A revival of operations would be significant given its Russian parent is set to be excluded from access to the SWIFT international payments system as part of the latest wave of European Union sanctions.

A US bid to seize a $325 million superyacht it says belongs to sanctioned billionaire Suleiman Kerimov has been delayed by a Fijian court, after the boat’s registered owner won a temporary stay on a previous judgment. The Supreme Court is expected to decide on the appeal on June 7, when the stay will expire, according to the Pacific island nation’s prosecutions office.

The showdown in Fiji is a glimpse of the sort of courtroom tussles that may unfold as countries including the US, Spain and Germany go after the ships, villas and planes of Russian tycoons who have been put on sanctions lists for their connections to Putin. Already more than a dozen yachts worth over $2.25 billion have been seized as part of the push, ignited by the invasion of Ukraine.

Merkel backed efforts by the German government and its allies to stop the war, according to a participant of a closed-door event of the German labor union DGB Wednesday evening in Berlin who asked not to be identified.

The long-time chancellor didn’t comment on her Russia policy or past support for the Nord Stream 2 gas pipeline, the person said. Her successor, Olaf Scholz, halted the pipeline after Putin decided to recognize two self-proclaimed republics in Ukraine just before announcing the invasion. Merkel’s office couldn’t be reached for comment.