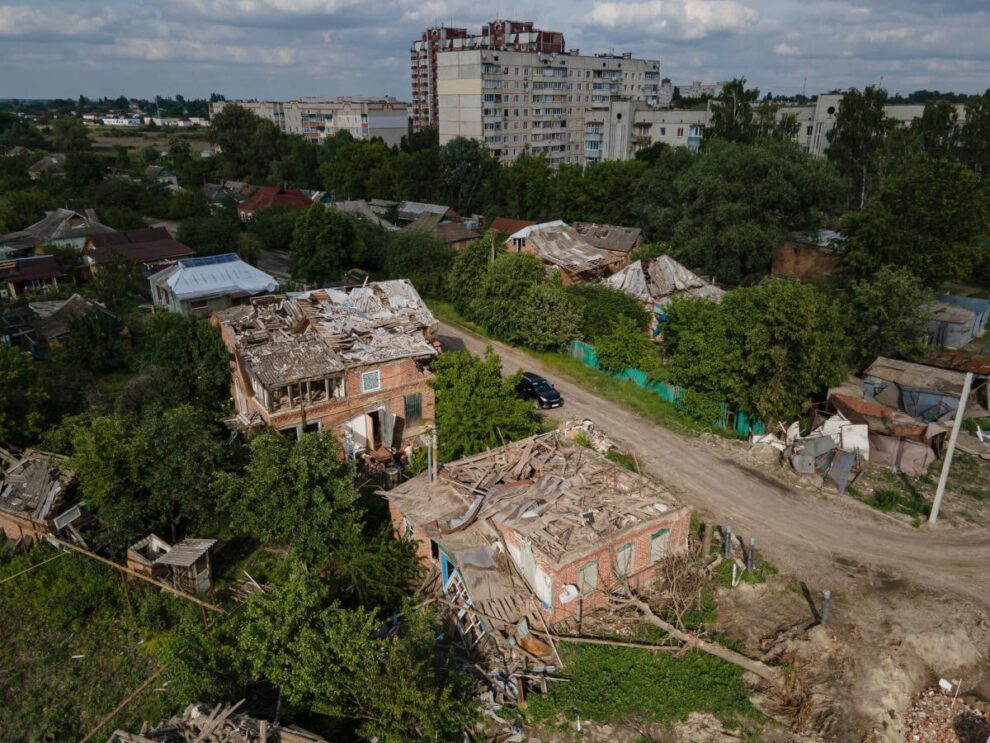 (Bloomberg) -- Former German Chancellor Angela Merkel made a tentative return to the public arena, saying President Vladimir Putin made a “big mistake” by invading Ukraine and warning that isolating Russia isn’t possible over the long term.Most Read from BloombergAmazon’s Stock Split Delivers More Than Bargained ForTarget Tries to Save Itself by Putting Everything on SaleTarget's Oversupply Problem Should Scare All RetailersApple Products Set to Use Common Charging Point After EU DealTop Economi Read More... 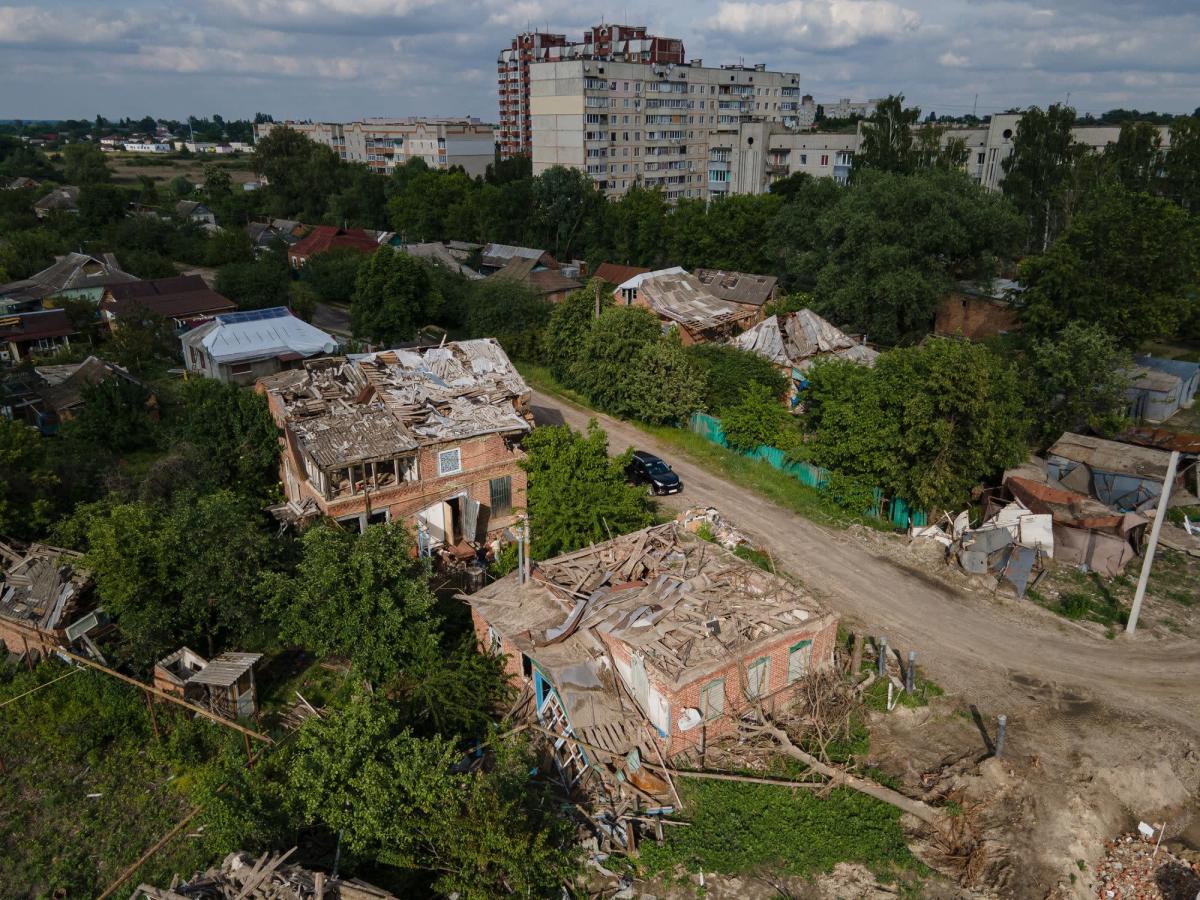 (Bloomberg) — Former German Chancellor Angela Merkel made a tentative return to the public arena, saying President Vladimir Putin made a “big mistake” by invading Ukraine and warning that isolating Russia isn’t possible over the long term.

Russian Foreign Minister Sergei Lavrov arrived in Ankara for talks that may restart grain shipments out of Ukrainian ports on the Black Sea, while Kyiv is skeptical of the Kremlin’s intentions and seeking strong security guarantees that would allow it to export a key commodity.

Ukrainian President Volodymyr Zelenskiy reiterated calls for more weapons to strike back at invading forces, as Russian Defense Minister Sergei Shoigu said that Moscow’s military had occupied 97% of the territory of Luhansk, one of two regions comprising the Donbas that is the focus of Putin’s war aims.

Merkel said in an on-stage interview at a theater in central Berlin that “there’s no excuse for this brutal aggression.” While she has remained active behind the scenes, it was her first public appearance in front of a larger audience since leaving office in December.

Asked whether she had interacted with Putin, she dodged a direct response, saying she wouldn’t do anything that government didn’t ask her to do.

Merkel’s only other foray into the public sphere was in April to respond to criticism from Zelenskiy, who accused Merkel of being partly responsible for the invasion by preventing Ukraine’s NATO accession in 2008.

The new financing is part of a total support package of more than $4 billion that the World Bank is mobilizing.

Almost $2 billion of the funding has been disbursed, the World Bank said in a statement on its website. The money from the latest project will be used to pay for wages for government and social workers, it said.

The European Union’s ban on seaborne imports of Russian oil will lead to an 18% drop in the country’s fuel output by the end of next year, according to the Energy Information Administration.

Production of liquid fuels will drop to 9.3 million barrels a day in the fourth quarter of 2023 from 11.3 million in the first quarter of this year, the US government agency said in a monthly report.

Mariupol was devastated under Russia’s siege, which lasted almost three months. Azovstal, owned by Ukraine’s richest businessman, was the city’s last holdout of Ukrainian troops, who surrendered at the end of May. It’s unclear how many Ukrainian defenders were killed there, and Russia said it’s holding more than 2,000 prisoners after supplies of weapons, food and medicine were cut off.

Ukraine is working for the release of the prisoners, according to the intelligence statement.

A Russian attack that destroyed a warehouse at a grain terminal in southern Ukraine over the weekend shows the need for guarantees that would be provided “by supplying Ukraine with weapons to protect its shores from naval threats and by involving navies of third parties to patrol certain water areas in the Black Sea,” the Foreign Ministry said in an emailed statement.

The ministry said Ukraine values Turkey’s efforts for an accord to permit food shipments but Ukraine’s interests must be protected.

Kuleba: No Deal on Unblocking Ports Without Ukraine (6 p.m.)

Ukrainian Foreign Minister Dmytro Kuleba reiterated that no agreement has been reached among Kyiv, Ankara and Moscow on unblocking grain exports from the Black Sea.

Ukraine is in talks with the UN and other partners over corridors for grain exports. Russian Foreign Minister Lavrov arrived in Ankara Tuesday for talks with Turkish counterpart Mevlut Cavusoglu, Russian news agency TASS reported.

Ukrainian troops have slowed down their liberation of Russian-occupied territories as they lack fire-power and manpower, Zelenskiy said in an interview with the Financial Times, according to a transcript of his remarks provided by the president’s office.

Ukraine needs 10 times the amount of weapons and people to move forward with its counteroffensive, he said. Even so, Zelenskiy reiterated his country needs to defeat Russia on the battlefield. Having Russian troops pushed back to their Feb. 24 positions would only be a temporary victory as Ukraine has to regain control over all of its territories, he said.

“So far I don’t see a configuration which could force Russia to halt this war,” he said when asked about calls to negotiate a resolution.

As disruptions from the war in Ukraine threaten a global food crisis, Samantha Power cited a success story involving apples from Moldova. Power, administrator of the US Agency for International Development, said that the agency helped Moldova export “tens of millions of dollars” in apples that were stuck in cold storage as a result of Russia’s war in Ukraine and blockade of Black Sea ports.

The US Treasury stepped up its financial sanctions on Russia, restricting investors from buying the country’s debt in the secondary market. The new guidance means US firms can hold or sell Russian debt, but can’t buy it, according to a spokesperson for Treasury’s Office of Foreign Assets Control.

Speaking during a televised Defense Ministry meeting, Shoigu highlighted advances in Luhansk, adding that Russian forces have also taken control of the residential areas of Sievierodonetsk and are now storming the industrial area.

Zelenskiy said Monday that “the most dangerous situation” of the war was in Zaporizhzhia, a region west of Donetsk partly occupied by Russian forces. He added that Ukrainian forces were still fighting in Sievierodonetsk, although they are outnumbered by Russian personnel and heavy weapons.

Putin singled out the auto sector, where nearly all car plants have shut for lack of imported components, and said industries like steel face “risks of substantial reduction in output in the medium term.” At the same time, he touted record-low unemployment and the ruble’s strength as positive signs.

In a televised meeting with officials, Putin called on the government to provide more assistance to companies and consumers, though he didn’t announce any new spending. He didn’t specifically mention sanctions imposed by the US and its allies, referring only to “today’s difficulties caused by a series of circumstances that we won’t get into the details of.”

Russia is facing one of the deepest downturns in years, according to official forecasts, as sanctions cut off access to key markets and components and have triggered an exodus of foreign companies.

UK Prime Minister Boris Johnson, fresh from surviving a vote of no confidence, told ministers at a cabinet meeting that it was “vital” Zelenskiy wasn’t “pressured into accepting a bad peace.” Asked by reporters whether the remark was a dig at recent comments by French President Emmanuel Macron, Johnson’s spokesman Max Blain said the prime minister had no specific person in mind.

Russia’s invasion has played a major part in the fortunes of Johnson, who often presents the UK’s response as reason for rebels in his ruling Conservative Party not to try to oust him.

Ukraine sees no signs that Russia’s troops are poised to resume their invasion from the north, although it retains three battalion tactical groups, or about 2,000 soldiers, near its southern border with Ukraine, according to the Ukrainian Military Staff.

Russian forces meanwhile retreated from parts of Vasylivka south of the city of Zaporizhzhia in the direction of Kherson, governor Oleksandr Starukh said on national television. And Russian forces pulled back from most road checkpoints around Melitopol, the city’s mayor Ivan Fedorov said on Facebook.

“We are prepared to strengthen our engagement toward a robust fighting brigade,” Scholz said in Vilnius after a meeting with leaders from Lithuania, Latvia and Estonia.

The three countries want the alliance’s battalion groups to be increased to brigade-size units of roughly 5,000 troops. This together with local troops would give it division-level strength in each of the Baltic countries. NATO’s enhanced Forward Presence Battalion Group in Lithuania is now led by Germany, which currently has some 500 soldiers on the ground there.

Finland and Sweden’s NATO membership is an “issue of principle” for Turkey, said Fahrettin Altun, communications director of President Recep Tayyip Erdogan. Speaking in Ankara, Altun said Turkey expects “concrete steps against terrorism” from the two nations, adding, “NATO membership is not a right but a privilege.”

Speaking separately in Helsinki, Finnish Foreign Minister Pekka Haavisto called on NATO to confirm “that they have the mechanism for taking new members” and said the bloc’s summit in Madrid at the end of June “is a very crucial point where they have to take stock of where we are in the process of Finnish and Swedish application.”

Most of Ukraine’s agriculture commodities were exported through river ports last month, making them “main export gate” for one of the biggest global suppliers of food, which is struggling to restore its shipments to foreign markets amid the war with Russia.

The country boosted its exports of grains, oilseeds and refinery products by 80% from the previous month in May, with 47% of overall shipments going via river ports and ferries, while in April the most popular way to ship was by rail, according to Ukraine’s Agriculture Ministry.

Russia is continuing its offensive near Izyum in the Kharkiv region and Slovyansk in the north of Donetsk region, according to the General Staff of the Ukrainian army. “Reports of heavy shelling near Izyum suggests Russia is preparing to make a renewed effort in the northern axis,” the UK Ministry of Defense said in its latest intelligence update on Twitter.