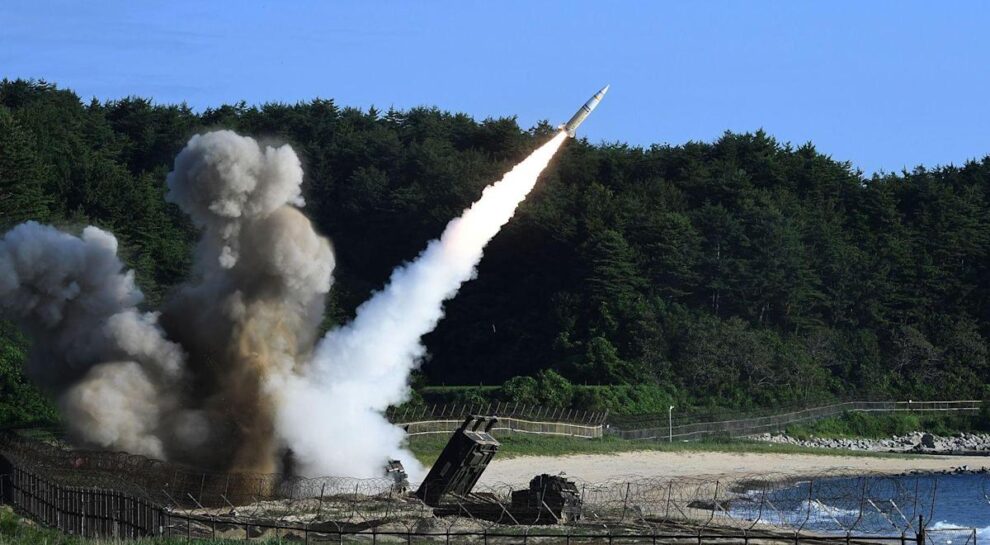 (Bloomberg) -- The Pentagon said new longer-range rockets the US is providing to Ukraine will require three weeks of training to operate, as Moscow warned the weapons could be used for attacks inside Russian territory.Most Read from BloombergElon Musk’s Ultimatum to Tesla Execs: Return to the Office or Get OutOne-Third of Americans Making $250,000 Live Paycheck-to-Paycheck, Survey FindsJamie Dimon Says JPMorgan Is Bracing Itself for Economic ‘Hurricane’Ready to Buy a House? Just Wait a Few Weeks Read More...

(Bloomberg) — The Pentagon said new longer-range rockets the US is providing to Ukraine will require three weeks of training to operate, as Moscow warned the weapons could be used for attacks inside Russian territory.

Russia was judged to have breached the terms on a bond after missing a $1.9 million interest payment, triggering an insurance payout potentially worth billions of dollars.

Oil fell to trade near $113 a barrel following a report that Saudi Arabia is ready to pump more should Russian output decline substantially due to increasing sanctions over its invasion of Ukraine.

West Texas Intermediate futures dropped more than 3% in Asian trading before paring some of those losses. The Financial Times reported that Saudi Arabia had indicated to Western allies that it is prepared to increase oil supply. The news comes ahead of a monthly OPEC+ meeting on Thursday at which the group is expected to ratify a modest increase in output for July.

The Credit Derivatives Determinations Committee said a “failure-to-pay” event occurred on credit-default swaps because Russia didn’t include the additional interest in a late bond payment made at the start of last month.

While a comparatively small amount, the missed interest will trigger all of Russia’s outstanding credit default swaps, with the final amount likely to be set at auction. Credit-default swaps covered a net $1.5 billion of Russian debt in total as of the end of last month, according to the Depository Trust & Clearing Corp. That compares with $3.2 billion at the end of April.

Wheat and corn prices fell for a second straight day, driven in part by optimism that Ukraine may soon be able to resume exports from the Black Sea. Benchmark wheat fell as much as 5.5% and corn touched the lowest price in more than two months.

President Joe Biden told reporters that US officials are working to free grain supplies that have been trapped in Ukraine by the Russian invasion.

The US will send four HIMARS missile systems in an initial shipment of advanced weaponry to Ukraine, according to a senior Pentagon official.

The system, which can fire missiles as far as 80 kilometers (50 miles) away, will take three weeks of training to operate and an additional two weeks of training to maintain, said Colin Kahl, the under secretary of defense for policy. Training will be conducted at an undisclosed location outside of Ukraine before the systems are brought to the front lines, Kahl said.

The missiles are part of a package of weaponry the White House announced on Tuesday. Moscow has warned that they may be used for attacks inside Russian territory. Ukraine’s government has assured the US that they won’t be.

A founding member of NATO, the country of 5.8 million people has remained the only one that doesn’t participate in EU’s defense pact out of 21 nations that belong to both EU and the North Atlantic Treaty Organization.

NATO chief Jens Stoltenberg said he would convene a meeting with senior officials from Sweden, Finland and Turkey in Brussels in the coming days to address Ankara’s concerns over the Nordic countries’ application to join the alliance. Stoltenberg said he intends to sort out the issues before a summit in Madrid in late June.

“I’m confident we’ll find a way forward, I’m confident because all allies agree NATO enlargement has been a great success,” he said at a news conference with US Secretary of State Antony Blinken in Washington.

Finnish President Sauli Niinisto, meanwhile, pushed back against Turkey’s objections, saying his nation already fulfills the bloc’s conditions regarding the fight against terrorism.

Hungary frustrated EU ambassadors in Brussels with more demands that are holding up approval of the bloc’s sixth sanctions package against Russia, which includes a partial oil ban, according to officials familiar with the closed-door talks.

Budapest demanded that Patriarch Kirill, who heads the Russian Orthodox Church and has been a vocal supporter of Vladimir Putin and the war in Ukraine, be removed from a proposed list of sanctioned individuals, said the officials. Kirill’s name was not raised by leaders at a summit earlier this week, one official said.

The Polish Agriculture Ministry temporarily suspended veterinary inspections of Ukrainian grain shipped through Poland to other countries as of May 31, Ukrainian railway company Ukrzaliznytsya said.

The simplified rules apply to both road and railway shipments of grain, enabling Ukraine to boost its exports, Valerii Tkachov, the company’s commercial department deputy director, said on Facebook. Ukraine has been looking for alternative routes to export its grain as its key ports remain blockaded by Russian forces.

The EU is working to coordinate a ban on providing the insurance services needed to ship Russian oil anywhere in the world with some G-7 members, according to people familiar with the matter, in a move that could further hit Moscow’s ability to finance its war in Ukraine.

The European Commission, the bloc’s executive arm, is in talks with the UK as part of the effort, said one of the people, who asked not to be identified because the plans are private.

A joint push to target insurers of Russian oil shipments could dramatically impair Moscow’s ability to finance Putin’s war. That’s because 95% of the world’s tanker liability coverage is arranged through a London-based insurance organization called the International Group of P&I Clubs that has to heed European law.

The Kremlin isn’t convinced by Ukraine’s assurances that it won’t use longer-range rockets supplied by the US to strike Russian territory, spokesman Dmitry Peskov said.

The new weapons deliveries “are pouring fuel on the fire” and the Kremlin views them negatively, he told a conference call.

The bloc’s ambassadors are expected to approve the EU’s sixth set of sanctions after a weeks-long delay over objections from Hungary. The final compromise targets Russia’s seaborne oil but spares pipeline crude to satisfy Viktor Orban’s demands.

The penalties include a ban on insurance related to shipping oil to third countries, which will take effect six months after the formal adoption of the measures. The suite of actions would also see Russia’s biggest bank, Sberbank, cut off from the SWIFT international payments system.

Once approved by ambassadors, the final package will need to be formally adopted by their capitals and could change before that happens.

Chancellor Olaf Scholz announced that Germany will supply Ukraine with an unspecified number of IRIS-T guided missiles amid persistent criticism the government in Berlin is dragging its feet on sending heavy weaponry.

“In the coming weeks we will continue to deliver weapons,” Scholz said in an address to the lower house of parliament. He described the IRIS-T, which is manufactured by Ueberlingen, Germany-based Diehl Defence, as “the most modern air-defense system that Germany has” and said it’s capable of protecting major cities from attack. He didn’t provide details on the number of missiles or the timing of the delivery.

Russian forces have seized 70% of Sievierodonetsk, the city where Ukraine had moved the administration of its eastern Luhansk region after Russian-backed separatists seized some of the territory in 2014 and 2015, regional Governor Serhiy Haidai said.

Street fighting continues in the city following the withdrawal of part of Ukraine’s forces, with some remaining in defense, Haidai said. The evacuation of civilians from Sievierodonetsk has been suspended and it’s impossible to deliver humanitarian aid to the city. While Russian troops control most of the Luhansk region, another large city, Lysychansk, “is completely under Ukraine’s control,” according to Haidai.

Slovakia and Ukraine are finishing the details of a commercial contract under which Slovakia will provide Ukraine with 155mm howitzers, Slovak President Zuzana Caputova says in press conference after returning from meeting Ukrainian President Volodymyr Zelenskiy in Kyiv.

The arrangement entails a commercial contract between Ukraine and a Slovak arms producer rather than a donation like the S-300 anti-aircraft missile system Bratislava has provided Ukraine.

Lavrov and his Saudi counterpart, Prince Faisal bin Farhan, “praised the level of cooperation in the OPEC+ format,” the Foreign Ministry in Moscow said in a statement. “They noted the stabilizing effect that tight coordination between Russia and Saudi Arabia in this strategically important area has on the global hydrocarbon market.”