Something to consider this open enrollment season: Your vaccination status can have financial consequences Read More... 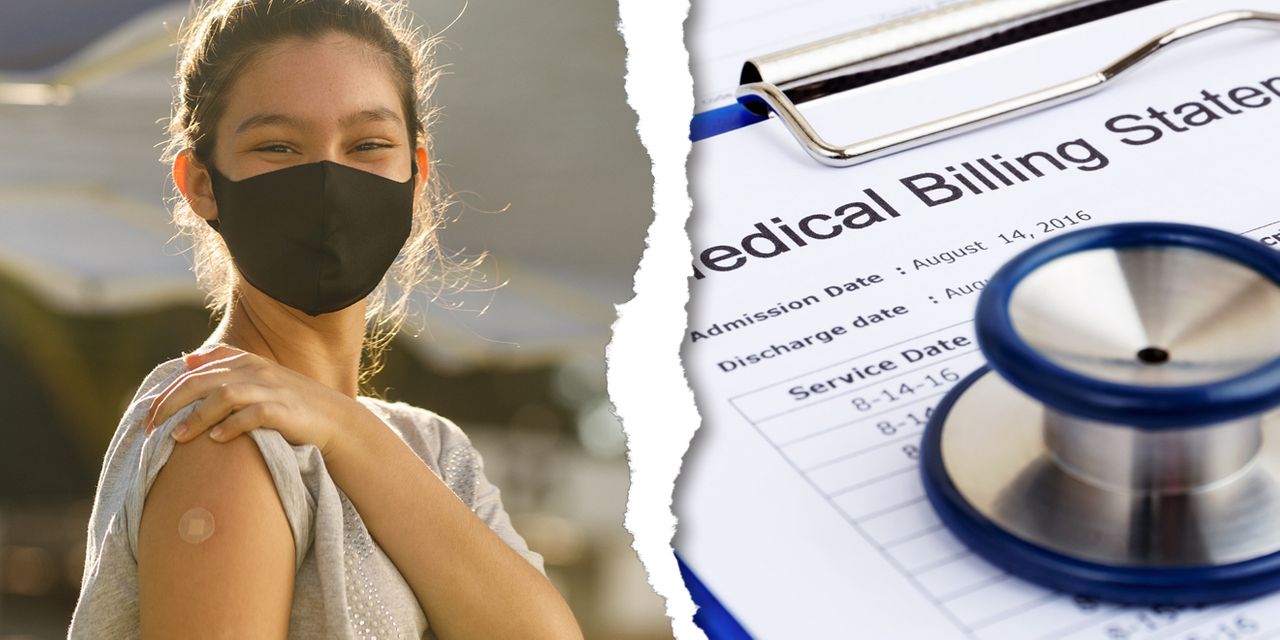 The price of remaining unvaccinated against COVID-19 is getting higher by the day.

In some cities with proof-of-vaccination ordinances, it might mean a missed chance at a meal inside a restaurant or drink inside a bar.

The higher costs could include new surcharges tacked onto monthly health insurance premiums. Unvaccinated people who contract COVID-19 could also see higher out-of-pocket costs for COVID-19 treatment and hospitalizations, because many health insurance companies that used to completely cover those expenses no longer do.

As companies wait for details on a federal rule that employers with at least 100 workers must require vaccinations or regular testing, there’s a question of whether workers will be held responsible for any of the financial toll — either directly for the testing itself or indirect, future costs.

The increased health care costs at issue should provide another nudge towards inoculation, according to professor Kosali Simon, who teaches on health economics and public policy at Indiana University. “It’s building on the fact that there are costs to others,” Simon said.

Namely, to employers and insurance companies — two players with the means and motivation to make changes. “I see a lot of employers investigating the legality of putting surcharges in place,” said attorney Natalie Nathanson, a principal at the workplace law firm Jackson Lewis, where she advises company management on their benefit plans.

Employers’ eyeing the surcharge view it as a potential incentive towards vaccination, which, in turn may avoid productivity loss from sickened staff and trim bottom line costs on health coverage, she said.

Open enrollment is a yearly window in the fall when people can begin, end or alter the extent of their health care coverage (in addition to certain “life events” like the loss of a job or the addition of a baby).

This year, it comes at a time when almost 20% of America’s population has not received one COVID-19 vaccine shot yet, U.S. Centers for Disease Control and Prevention data shows. Here’s what to consider under the circumstances.

Waivers for COVID-19 treatment are disappearing

Insurers have to completely cover medically necessary COVID-19 testing and vaccines are free to the public. Here’s where the change is coming, if it hasn’t already happened: insurance companies may no longer be waiving the out-of-pocket costs people are paying for treatments and hospitalizations.

That’s according to researchers at the Kaiser Family Foundation and the Peterson Center on Healthcare.

Almost three-quarters (72%) of the biggest private insurers in America’s 50 states and the District of Columbia have stopped waiving cost-sharing on COVID-19 treatment, the researchers said in August. By the end of October, the share of insurers that are ceasing to foot the full bill could rise to over 80% they said.

Earlier in the pandemic, 88% of enrollees were covered by plans that were waiving the cost-sharing for COVID-19 treatment, they said. Vaccines are what changed the equation, they said.

Insurance companies had a decision to make, according to Krutika Amin, associate director at the Kaiser Family Foundation. “Now that vaccines are more widely available, should COVID-19 hospitalizations, which are preventable, be waived over other treatment?”

Unvaccinated people were roughly 12 times more likely to be hospitalized through late August, according to CDC analysis of the cumulative COVID-19-associated hospitalization rate.

An average annual deductible for an employer-sponsored plan last year came to $1,644, Kaiser Family Foundation data showed. The out-of-pocket costs for pneumonia hospitalizations, an illness that could require similar treatments as COVID-19, had an average $1,300 out-of-pocket cost, researchers noted.

Anthem ANTM, +0.68% is one insurer that had waived out-of-pocket costs for COVID-19 treatment, but later stopped.

The waivers ended in January “as we all had gained a better understanding of the virus, and people and communities became more familiar with best practices and protocols for limiting COVID-19 exposure and spread,” a spokesman said.

“Also, at this time vaccines, which are proven to be the safest and most effective way to protect oneself from COVID-19, were starting to become readily available,” he added. “We continue to encourage anyone who is eligible to get vaccinated to protect themselves and their families.”

“COVID-19 vaccines and diagnostic testing continue to be covered 100 percent by Aetna, in line with federal guidelines. Our focus remains on encouraging Americans to get vaccinated and making the vaccination process as convenient as possible.”

But vaccination status can affect a premium surcharge.

Delta Air Lines DAL, -1.63% is the most notable workplace where this is happening. Unvaccinated workers are scheduled to start paying an extra $200 monthly fee next month. COVID-19-related hospitalizations were costing the carrier an average $50,000, CEO Ed Bastian said in a late August announcement.

Two weeks after the surcharge announcement, the company’s vaccination rate ticked up four percentage points to 78%. As of Wednesday, 90% of its 75,0000-employee workforce had been fully vaccinated, a spokesperson said.

Though some of Nathanson’s employer clients are weighing the idea of surcharges, some surveys suggest surcharges are few and far between so far. Three percent of employers either had a surcharge, or were definitely planning on one, according to a poll earlier this month from Mercer, the human resources consulting firm. Another 14% were weighing the idea, said the poll with more than 1,000 participants.

“Employers may not see a surcharge as offering much of an advantage over a mandate — especially those that are already concerned about health care affordability,” researchers wrote.

Surcharges might not take hold, according to Dr. Jeff Levin-Scherz, population health leader at Willis Towers Watson WLTW, +0.36%, which also offers human resources consulting. The surcharge gets mixed into the paycheck, so it might be tough for workers to experience the extra pinch and then decide to get their shots, he said. It might make other workers drop their health insurance altogether to cut costs, he added.

Some past research suggests wellness programs only do so much to change long-term behaviors, like frequenting a gym, Simon said. But COVID-19 vaccination is a quick, short-term action entailing one or two shots. In this context, a surcharge’s results may be different — but Simon said that remains to be seen.

Who pays for workplace testing?

There’s the COVID-19 testing pegged to medical necessity, but then there’s the so-called “surveillance testing” to look out for potential infection in the workplace.

This kind of testing “may not be considered ‘medically appropriate’ such that employers may be left holding the bag,” according to lawyers at Fisher Phillips. “For some employers with significantly low vaccination rates, the cost of testing can be in the tens of thousands each week,” they noted.

Many states will not allow employers to make their workers pay for testing, according to Levin-Scherz. But it’s an open question what the forthcoming federal rules will say, Nathanson noted.

Spokespeople at the Department of Labor’s Occupational Safety and Health Administration, which is writing the rule, did not respond to a request for comment. Some Republican governors have said they are ready to fight the rule in court.

Even if the feds say employers are on the hook, that could still matter to workers, Levin-Scherz said.

“Anything an employer has to do to keep people employed, that means money spent on that and not available for wages,” he said. The effects might “not be obvious this month, this year, but the amount of money for total compensation reflects what the total costs are.”

: Biden revises proposal to have IRS monitor bank accounts more closely. Here’s how it would work
The Moneyist: My wife of 3 years refuses to pay half the mortgage. She makes me transfer money to her account for expensive gifts. What can I do?
Comment

Cannabis stocks fall as Senate hearing kicks off, Stifel is bullish on Canopy and Cronos