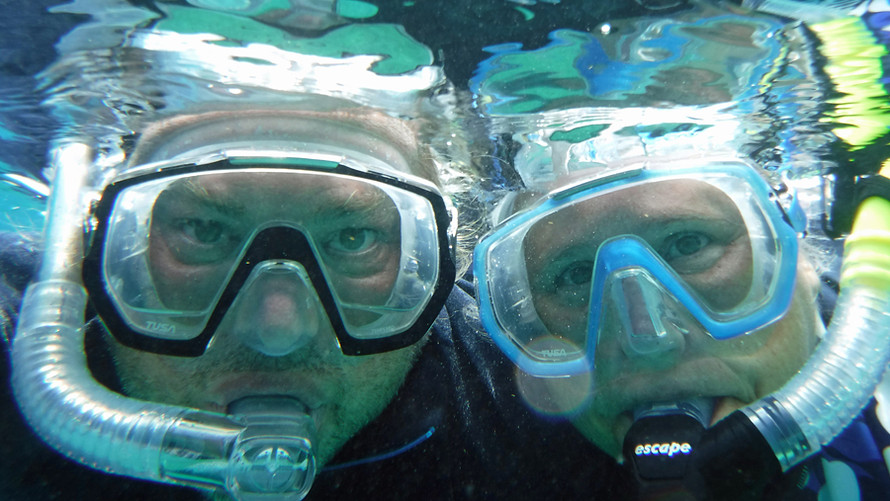 Now he and his wife, Cindy — they’re 60 and 57, respectively — have both retired, bought a boat (a 53-foot sailboat they call Cream Puff) and have been sailing the world for roughly the past five years.

They’ve been through much of the Caribbean — from Martinque to Grenada to Îles des Saintes (“a slice of heaven in the Caribbean,” Mark says) — hit up spots in both Central and South America (“we fell in love with Colombia — we thought we’d go for four days and stayed four months,” he says) and were enjoying “beautiful” Panama when we spoke. They’ve had a pod of over 100 dolphins swim along next to their ship, snorkeled with seahorses and octopi in Bonaire and accidentally crashed a Christmas party in a tiny village in Martinique that they immediately got invited to join.

“If we get to a place and we like it, we stay. If we don’t, we move on,” Mark explains. And when they don’t feel like doing anything at all, they don’t: The first time we were scheduled to talk, Mark wrote me the morning of to cancel, saying: “The sun came out here. Can we chat next week?”

Of course, it’s not all, as Mark puts it, “cocktails and dreaming.” He says: “The good days are really, really good. The bad days you’re down on your knees praying you’re going to make it through the storm,” he says. And, he adds: “It is expensive, I’m not gonna lie.”

What does it cost to sail the world on your own boat? The Erdos’ estimate they spend roughly $70,000 per year on their adventures (which includes the $3,700 they spend on catastrophic health insurance that covers them everywhere but the U.S.), though in the first year Mark says it was more like $110,000 as we “didn’t know what we were doing — staying in marinas instead of dropping anchor [further out], replacing items instead of fixing them.” He adds that you could do it for about $20,000 a year, “but you’re not really having fun then” — adding that he and Cindy rent cars, eat out and live the good life on their $70,000 budget.

“We worked our butts off, saved and saved and saved for over 20 years, avoided debt and lived well within our means. There is no magic button to push landing in this lifestyle.”

Wondering what it might cost you to do the same? Mark points to this spreadsheet — he calls it the “Holy Grail of boat budgets” — made by a friend who tracked all his expenses when he sailed the world.

One big expense is the boat itself: The couple bought the boat used during the recession for a little over $360,000, Mark says. It was more than they’d wanted to spend, Mark says, but Cindy agreed to work a few years longer so they could get it.

They still have expenses for it including repairs and upgrades when needed. “Our boat wants for nothing. The boat is a diva. When the diva throws a fit, the diva gets what she wants,” Cindy says.

They sleep on the boat so that saves them money on hotels and accommodations, but they sometimes pay to dock in marinas, and they spend most of the rest of their money on food and entertainment in the ports.

How did you save enough to be able to retire early and sail the world? “We both worked but lived off one paycheck and banked the other one,” Mark says. (Mark worked in sales for most of his career, Cindy owned her own business.) “We worked our butts off, saved and saved and saved for over 20 years, avoided debt and lived well within our means,” he adds. “There is no magic button to push landing in this lifestyle.”

He adds that they “took full advantage of a company match 401K” and “opened IRAs and Roths to the full allowance of the tax laws.” And Cindy owned her own company, which Mark says allowed them to “really sock away funds pre-tax.”

In the early years, they were in 100% equities and got more conservative as they aged. They also favored S&P 500 funds and full market index funds, stayed the course during the recession, and hired a financial advisor, he says. They even had a little fun: “I kept some money aside for what I termed as wildcat investing. Nothing ever hit big but it was fun to try,” Mark says.

They weren’t always savers. When they were first married in their early 20s, “we did something that was evil,” Mark jokes, “we borrowed money.” But they soon got rid of all the debt, and — both had grown up around boats — began to seriously talk about their dreams of one day sailing the world. “This was 30 years ago. We got out a pencil and paper, put together a series of tables on ‘if we save this, this is the amount we could generate in income.” They also shunned buying fancy cars and paid off their home in Atlanta in 15 years.

They sold their home — themselves, to avoid Realtor commissions — and used the money from the transaction to fund the period of time they had to wait until they could start pulling money from their IRA. They are still U.S. citizens and pay U.S. taxes, which they file electronically. When I ask them about mail, Mark joked that they “don’t want any — nothing good ever comes in the mail” and says that they do most stuff like bill pay electronically.

This wasn’t always easy, Mark says: “Atlanta is materialistic. The hard part was avoiding the temptation to buy the nice car and the fancy house — to still live within our means.” But, he says, they reminded themselves of their ultimate goal — early retirement and a lifetime of sailing.

Mark also says he never viewed his career as a reflection of who he was as a person; instead he looked at it as a means to an end, a way to make a living. “I joke that I would have shoveled dog sh** for $100,000 a year,” he says. “A job is a means to an end, a paycheck. Don’t get me wrong, I used to enjoy what I did, but it wasn’t who I was. I was a person who had a goal and the job was one of the stepping stones.”

Do you plan to keep doing this? “When we started out we both agreed: As long as this is fun for both of us, we will keep doing it,” Mark says. “It’s been close a couple times,” Mark jokes, citing some rough storms, “but so far we’re both enjoying it still. We are both adventurous people, always wondering what is waiting around the corner.” 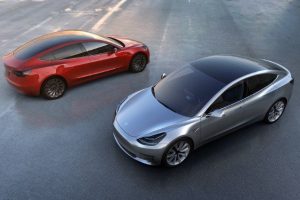 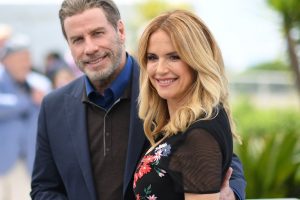 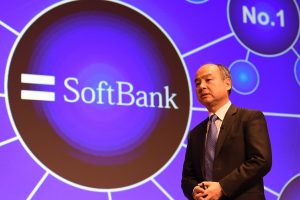 Zumiez, Vista Outdoor, GameStop, Microsoft and Sony highlighted as Zacks Bull and Bear of the Day