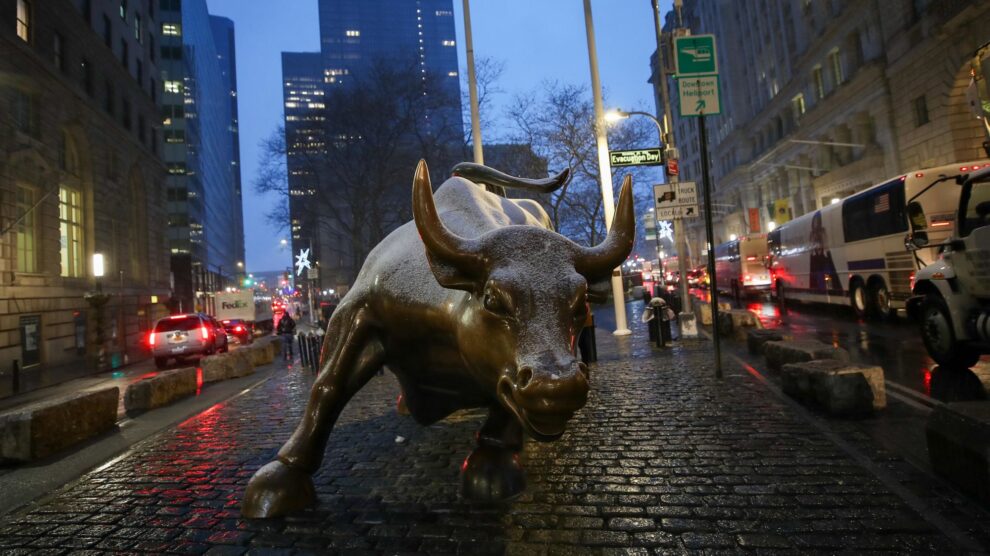 By Karen Pierog and Noel Randewich

A surge in technology outsourcing firm Accenture gave the S&P 500 a major lift.

Top Republicans and Democrats grew closer to agreeing on a fresh round of aid in response to a crisis that has killed nearly 309,000 Americans and thrown millions out of work.

Many investors saw the passing of new measures to support the economy as imminent after data showed the number of Americans filing first-time claims for jobless benefits unexpectedly rose last week.

That followed a reading on Wednesday that showed U.S. retail sales falling more than expected in November, as consumer spending remained constrained.

“It’s all about stimulus today and expectations of a pathway to the deal,” said Ryan Giannotto, director of research at GraniteShares in New York City.

Developments on the vaccine front were also lifting the market, with Moderna Inc awaiting U.S. approval for deploying what would be the nation’s second COVID-19 vaccine. Moderna stock gained 5%.

The S&P 500, Dow Jones Industrial Average, Nasdaq and Russell 2000 index of smaller companies all closed at their highest levels ever.

The S&P 500 has climbed about 15% in 2020, despite the economic destruction caused by the coronavirus.

Volume on U.S. exchanges was 10.5 billion shares, compared with the 11.4 billion average for the full session over the last 20 trading days.

“In the very short term, I think we are a little bit over bought here,” said Randy Frederick, vice president of trading and derivatives at Charles Schwab.

He noted that best-performing sectors like technology were most at risk of a pull back, while some of the “more unloved sectors” like financials and energy were getting fresh attention as investors looked for bargains.

The S&P 500 real estate, materials and health indexes each climbed more than 1%.

Google-parent Alphabet dipped nearly 1% after a group of 38 U.S. states and territories filed an antitrust complaint accusing Google of trying to extend its search monopoly to dominate smart speakers, televisions and cars.

Accenture jumped 6.9% after it raised its annual sales forecast and beat quarterly revenue estimates as an extended work-from-home period boosted its digital, cloud and security services.

General Mills Inc rose 1.3% after it beat second-quarter profit estimates, boosted by sales of its pet foods and baking products. Advancing issues outnumbered declining ones on the NYSE by a 2.21-to-1 ratio; on Nasdaq, a 2.17-to-1 ratio favored advancers.

Facebook donates emergency reserve of 720,000 masks due to coronavirus outbreak

Need to Know: The current sell-off may end up emboldening the bulls, if the last tech bubble is a guide