Don't sit on a used car deal, if you're lucky enough to find one since it will likely disappear, car experts told MarketWatch. Read More... 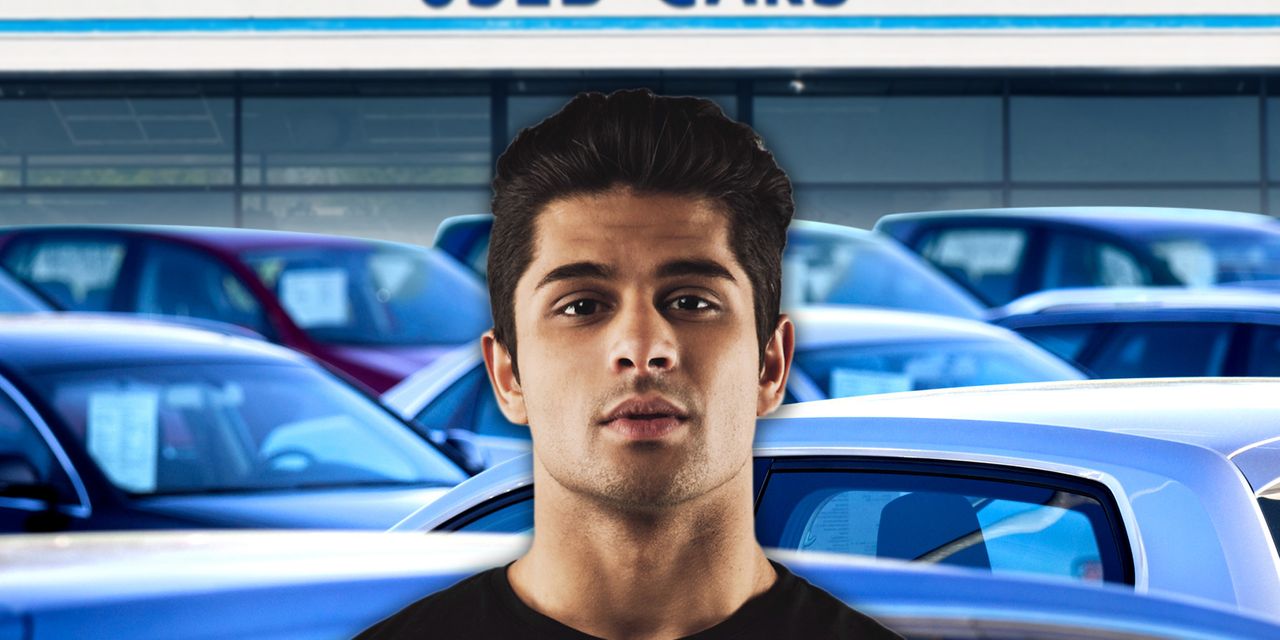 Car salespeople are in the driver’s seat, especially in used-car dealerships where the marker is hot — and it doesn’t show signs of cooling any time soon.

“The used vehicle market continues to be red hot and prices remain at record levels. This isn’t going to change in the foreseeable future,” Jonathan Banks, vice president of vehicle valuations at J.D. Power, said in a statement.

“ ‘The used vehicle market continues to be red hot and prices remain at record levels.’ ”

“What is normally a depreciable asset has been appreciating,” said Phil Maguire, who owns Maguire Family Dealerships, a group of 13 stores in New York state, told the Wall Street Journal. “It’s certainly surreal

The global chip shortage, and seating-foam and plastic supply-chain issues increased demand. As a result, a limited inventory of used cars are contributing to the record prices for used cars, said David Paris, a senior manager within the market insights division at J.D. Power.

“ ‘Dealers are competing like never before for a finite number of used vehicles in the wholesale marketplace.’ ”

— David Paris, a senior manager within the market insights division at J.D. Power

To score a good deal, it’s best not to follow some traditional car-buying strategies, experts told MarketWatch. Instead, they recommend some new strategies.

“Right now, dealers are competing like never before for a finite number of used vehicles in the wholesale marketplace, not only against themselves but also new players like Carvana CVNA, -1.23% and Vroom VRM, -3.75%, ” Paris told MarketWatch.

On the flip side, that also means a higher trade-in value for your car, he said, adding that it “should help balance out the higher prices that they will be paying for either a new vehicle or used vehicle.”

If you have your heart set on a used car, here are some tactics to consider:

Be reasonably impulsive, but not too slow

Throw out the old “shopping around” advice. For a used car, you’ll “need to act quickly” if you want your model of choice in your price range, said Karl Brauer, an executive analyst at iSeeCars, an automotive research firm.

Just how quickly you need to act all depends on inventory turnover levels in your area, said Kelsey Mays, assistant managing editor, Cars.com CARS. But if it’s not as volatile “you can play the long game and be a bit choosier.”

Last month, it took 43 days on average for a dealer to sell a used car, down by four days in March, according to data Paris shared with MarketWatch. That “indicates used vehicles are selling very quickly now,” he added.

Go beyond your zip code, and be careful online

If you can, it may be worthwhile to expand your car dealership search radius, Mays said. That could enable you to increase your chances of finding and getting the car you want.

Some 2 million new and used cars could be delivered to your home, according to the Cars.com database. Some of those dealerships may even offer at-home test drives, Mays added.

A recent study from KBB.com parent Cox Automotive found that people are more comfortable shopping for cars online, just like every other product. But experts advice sticking to reputable dealers rather than, say, Instagram undefined.

The KBB survey found that when dealers address “the perceived blind spots of shopping online (think test drives, complementary mechanic inspections, and the ability to opt out of a deal after seeing the car in-person).”

Consumers are willing to eye more expensive vehicles, according to Thomas King, president of the data and analytics division at J.D. Power. “While falling numbers of vehicles in inventory at retailers is the primary risk to sales results in the coming months, to date, low inventories have not had a material effect on aggregate sales results,” he said in a statement.

“Instead, they have enabled manufacturers and retailers to reduce discounts and consumers are demonstrating a willingness not only to buy vehicles closer to MSRP, but also to buy more expensive vehicles,” he added. (MSRP stands for “manufacturer suggested retail price.”)

Keep track of average prices for vehicles you’re considering to make sure a dealer is offering you the right market price. You can keep track of those prices on sites like Cars.com, iSeeCars.com, Edmunds.com and Kelly Blue Book.

“Many used luxury sedans have come down in price since the beginning of the year and are languishing on dealer lots, which creates negotiation opportunities,” said Brauer. You could also find discounts on less popular luxury SUV models like the Lincoln LNC, -1.80% Nautilus, Brauer added.

“The Nautilus is favorably rated, but is outshined by more premium vehicles in the competitive luxury midsize SUV segment.” The car model was also redesigned for 2021 so once it hit arrives in showrooms “it opens opportunities to get deals on the previous version.”

SUVs and trucks are on pace to account for a combined 76% of retail sales, flat with April 2020 and equal to the highest April on record,” King added. “This is partially due to SUVs and trucks having a more limited inventory than cars. The last time SUV and truck share did not post year-over-year gains was in January 2013.”

Compromise on features, colors and mileage

This is not the time to be too fussy. Take a page out of Henry Ford’s book who once said: “Any customer can have a car painted any color that he wants, so long as it is black.”

The model type, age and price is more important than the color. Because inventory levels are so tight, “shoppers may need to give up some ground on exact features or colors to find enough choices,” Mays told MarketWatch.

Also, “if you’re interested in a particular model, but you are still open to similar models, you’re more likely to find the used car you are looking for in your price range,” she said.

Finally, some used-car buyers have become so disheartened that they have decided to splurge on a new car, Mays said, and she doesn’t necessarily think that’s such a bad idea. “If you are already going to pay more, why not get a new vehicle that should come with far fewer issues and better warranty protection?” she said.

Key Words: Here’s just one of the ‘deeply offensive’ comments that cost one of Tucker Carlson’s top writers his job

: SoftBank seeks to raise at least half a billion dollars for a blank-check company

: Powell may be the headliner, but here are the other key central bankers set to speak at Jackson Hole