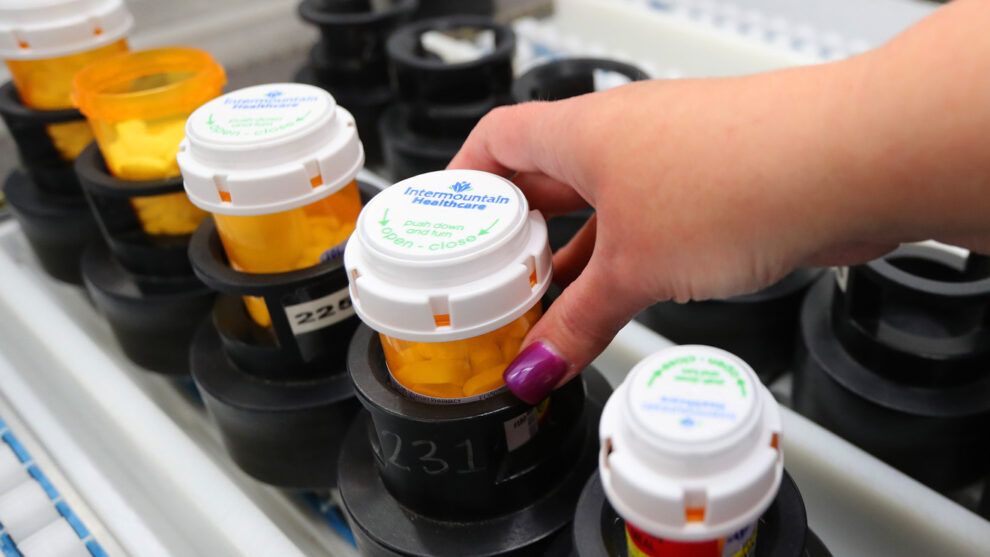 Drug distributors are not pharmacies and so have a built-in defense against Amazon’s advances, writes Vitaliy Katsenelson. Read More... 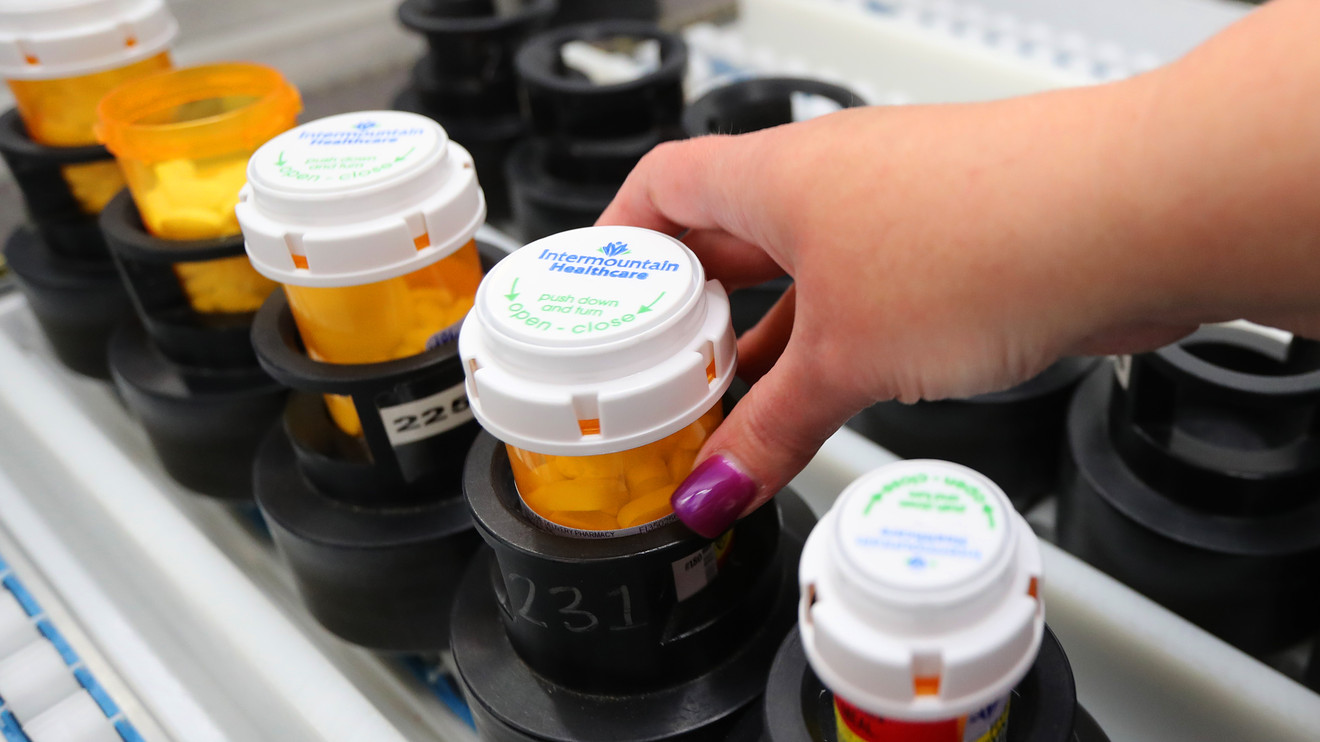 Amazon.com has been one of the most innovative and disruptive companies of this century, with incredible success in areas that lie outside of what has been historically perceived as its core business (book selling).

Thus every announcement or speculation that Amazon AMZN, -0.96%  will enter into a particular industry sends stocks of that industry into a tailspin. Investors sell first and ask questions later. For example, when Amazon announced its purchase of Whole Foods, shares of rival grocery stores declined as much as 30%. Even Tesco TSCO, +2.01%  , separated by an ocean from Whole Foods, was down on that news.

A big part of Amazon’s success has come from not being taken seriously by its competition. Amazon was able to create a huge lead in AWS (Amazon Web Services) because the competition ( GOOGL, -1.19%  and Microsoft MSFT, -1.31%  ) did not give Amazon enough respect. Competitors thought, “What does a book seller know about the Cloud?” Well, according to Amazon CEO Jeff Bezos, such thinking gave Amazon a much bigger lead over its rivals. Today, everyone takes Amazon seriously. Indeed, fear of Amazon is reaching paranoia levels.

McKesson MCK, +1.66%  shares, for example, took a 20% dive during the fourth quarter of 2017 on speculation that Amazon would start distributing pharmaceuticals in the U.S. As a McKesson shareholder, my firm took this speculation seriously, but upon further investigation, it became evident that such concerns were overblown. After the market cooled off from fourth-quarter worry about Amazon, McKesson shares recovered.

Earlier this week, Amazon.com has announced an online pharmacy offering. How big of a punch could this be?

Read: How bad Is Amazon pharmacy for CVS and Walgreens?

McKesson is the largest distributor of pharmaceuticals in the U.S. Its 2020 sales are on track to exceed $235 billion. It is important to point out that McKesson is not a pharmacy but a distributor, so it does not compete head on with Amazon in selling drugs. It is one of three railroads for drugs in the U.S. McKesson distributes drugs to thousands of independent pharmacies, as well as giants like CVS Health CVS, -1.17%  , Rite Aid RAD, +0.09%  and Walmart WMT, -0.18%  . McKesson operates two distinct distribution businesses: branded and generics. Though these businesses may look similar on the surface, the economic models of branded and generic businesses are quite different.

In the distribution of branded drugs (about 70% of McKesson’s revenue and 30% of profits) McKesson has a fee-for-service model. Pharmaceutical companies want to be involved in high-value activities: chiefly, inventing and manufacturing drugs. Getting drugs to thousands of pharmacies on a timely basis and collecting accounts receivable is not the business they want to be in. They don’t have the scale and distribution know-how of McKesson, Cardinal Health CAH, -2.48%  , and AmerisourceBergen ABC, -1.38%  — that collectively control 90% of drug distribution in the U.S. Thus the likes of Pfizer and Bristol-Meyers Squibb pay drug distributors a small “fee for service,” and pharmaceutical companies (not distributors) negotiate prices with pharmacies.

More than 90% of McKesson’s profit in this segment is driven by volume, while just 10% is linked to changes in drug prices. Pfizer PFE, +0.77%  , for instance, despite its might, would still have higher distribution costs than McKesson because it doesn’t have McKesson’s scale and focus on distribution efficiency. So Pfizer is happy to pay McKesson this service fee and not think about drug distribution.

In its generic drug distribution business (about 30% of sales, 70% of earnings), McKesson uses its enormous buying power to buy drugs at low prices from generics manufacturers and sell at higher prices to pharmacies. Since it can source the same drug from various manufacturers, it leverages better prices from the likes of Mylan VTRS, -0.91%  and Teva Pharmaceutical Industries TEVA, -3.06%  . Drug distributors are a significant deflationary force in generic pricing — good for consumers, not great for Teva or Mylan.

So McKesson has a wide protective moat, which includes the distinct possibility that Amazon’s adventure into drug distribution could lead to miserable failure. Here’s why:

1. Amazon cannot match McKesson’s buying power or negotiating power when it comes to generics. Current Amazon sales of pharmaceuticals are somewhere between zero and slightly above zero. McKesson’s sales are pushing $235 billion, about one-third of which comes from generics.

Walmart is the fourth-largest pharmacy in the U.S., with sales of $20 billion. It had distributed drugs, but in 2016 it signed a distribution deal with McKesson. Walmart realized it could get better prices for generics through McKesson. Amazon, with near-zero sales, doesn’t stand a chance.

2. Amazon has no structural advantage. In the fight against Barnes & Noble and Best Buy BBY, -1.05%   , Amazon could charge lower prices than brick-and-mortar retailers because it had a structural advantage — it did not own stores and have all the extra costs associated with them. On one of his conference calls, McKesson CEO John Hammergren said his company was Amazon before Amazon was Amazon. Indeed. McKesson has highly specialized warehouses designed to distribute drugs. It can get any drug to any pharmacy in the U.S. within hours.

3. McKesson’s pretax margins are just 1.3%. If Amazon is looking to cut fat in the pharmaceutical industry, this is not where the fat is.

4. Distributing and selling drugs is not like selling or distributing most anything else. First, some drugs require refrigeration and others are controlled substances. Distributing them puts an extra regulatory (and self-policing) burden on distributors. McKesson has paid fines and recently received plenty of negative publicity, including from “60 Minutes”, for distributing opioid pain medications to legal pharmacies who illegally sold the medicine on the black market.

Second, unlike in almost any other industry, pharma consumers are price-insensitive. If you are on Medicare, Medicaid, or a copay/low-deductible private insurance plan, you really don’t care if you are paying the lowest price because you don’t see the price (other than for copay). For this group of drug consumers, which constitutes the bulk of the U.S. population, lower drug prices are not an incentive to switch.

Moreover, let’s say Amazon starts an online pharmacy and self-distributes. Internet-savvy millennials are not the ones consuming most of the drugs in the U.S. Their parents and grandparents are. This demographic still has brick-and-mortar habits that are less likely to be broken anytime soon. Also, major pharmacies already have mail-order operations. It would be logical for Amazon to try to get into the almost-trillion-dollar pharma business, but its success here will be limited, and it will take decades to gain a meaningful market share.

5. Suppose Amazon opens an online pharmacy and succeeds. It would probably take five to 10 years to reach sales of, let’s say, $10 billion (half of Walmart’s current drug sales). Let’s assume that Amazon self-distributes and will not use McKesson, or that it decides to employ the services of Cardinal Health. This would steal less than a year of current growth from McKesson, in five to 10 years.

“ The laws of economics still apply — even to Amazon. ”

Put simply, the laws of economics still apply — even to Amazon. Drug distributors are strong financially and have great scale and a tremendous purchasing-power advantage. Distributors’ stocks may take a dive but their business will be fine in the long run. The only competitive advantage Amazon has against drug distributors is that Wall Street completely ignores its profitability and focuses only on revenue growth.

McKesson is one of the U.S. stock market’s most interesting investments. Its business is future-proof. The demand for its product is not cyclical and is likely to continue to grow as the U.S. population ages. Higher or lower interest rates, recession or no recession, inflation or deflation, McKesson’s earnings power will continue to march ahead for a long time.

McKesson has a conservative balance sheet; it can pay off its debt in less than two years. McKesson pays a lower dividend than its competitors, but it has purchased a third of its shares over the last decade. Expected earnings of about $15 a share this year could grow to $20 in 2024, with very modest revenue growth assumptions. At a conservative 15 times earnings, McKesson is worth at least $300 a share.

How does one invest in this overvalued market? Our strategy is spelled out in this fairly lengthy article.

Plus: Amazon Pharmacy poses a risk but CVS could be up for the challenge 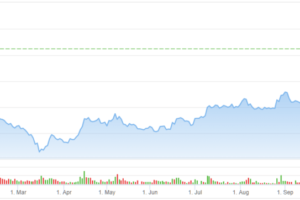 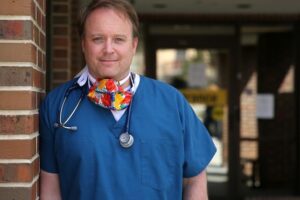 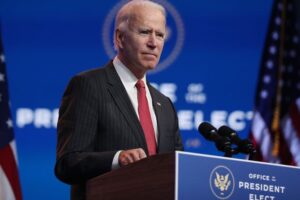 NVIDIA’s Earnings Report Was Stellar — Yet Not Good Enough for All Investors
Nvidia is having a spectacular year; so where does it go from here?
Comment