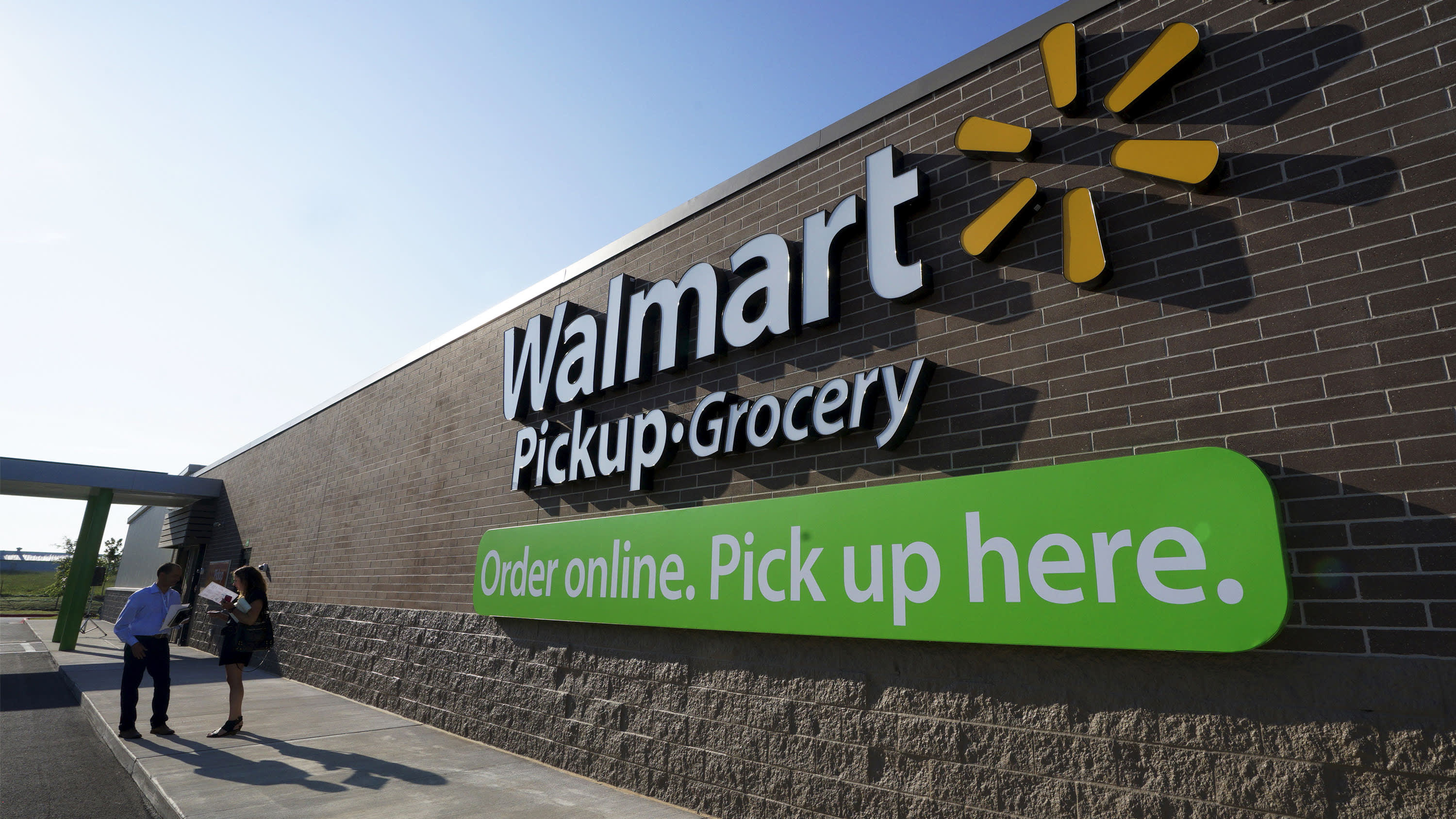 Walmart on Tuesday reported first-quarter earnings that surged past Wall Street’s estimates as the company reported strong grocery sales and e-commerce growth and raised its outlook for the year.

Shares were up more than 2% on Tuesday afternoon.

The big-box retailer said more shoppers have headed to its stores and website to spend stimulus checks and to get ready to socialize again as Covid cases decline and vaccination rates rise.

E-commerce sales in the U.S. rose by 37%, even as consumers returned to more typical patterns. The retailer faced tough comparisons to the year-ago quarter, a time when shelter-in-place orders prompted customers to stock up on food and household items and make more purchases online.

Walmart Chief Financial Officer Brett Biggs said in an interview that the company is seeing “pent-up demand” and expects that to continue. He said customers are still buying items that were popular during the pandemic, such as bicycles and printers, but have also begun to purchase things like teeth whitener as they take off their masks.

“You can tell people are starting to get back out,” he said.

The company raised its outlook for the fiscal year. It expects earnings per share and Walmart U.S.’s operating income to increase in the high single-digits. It reiterated its guidance that Walmart U.S. and Sam’s Club same-store sales will grow in the low single-digits, excluding fuel and tobacco.

“Stimulus helped in Q1, and because of that, we increased profit and revenue guidance,” Biggs said. He said the company also boosted its outlook because of what it has seen in the second quarter.

In the quarter, Walmart reported net income rose to $2.73 billion, or 97 cents per share, from $3.99 billion, or $1.40 per share, a year earlier. Excluding items, the company earned $1.69 per share. Analysts were expecting Walmart would earn $1.21 per share, according to Refinitiv.

Walmart’s same-store sales in the U.S. grew by 6%, higher than the 0.9% increase expected by analysts surveyed by StreetAccount. The company said those sales got a lift from grocery sales, as it gained market share. Transactions declined by 3.2%, but average ticket growth increased by 9.5%.

Walmart International’s net sales were $27.3 billion, a drop of 8.3% year over year, partially due to the company divesting parts of its global business. Its e-commerce sales increased by 49% in that segment, however. The company recently sold Asda, a British supermarket chain, and the majority stake of Seiyu, a Japanese supermarket chain.

: Chipotle says it can offer workers the chance for a six-figure salary in 3.5 years
UPDATE 1-Google lays out new features to keep users clicking after lockdown
Comment

The Moneyist: ‘I was punished for being responsible. I filed my 2019 taxes early — and received almost no stimulus check’