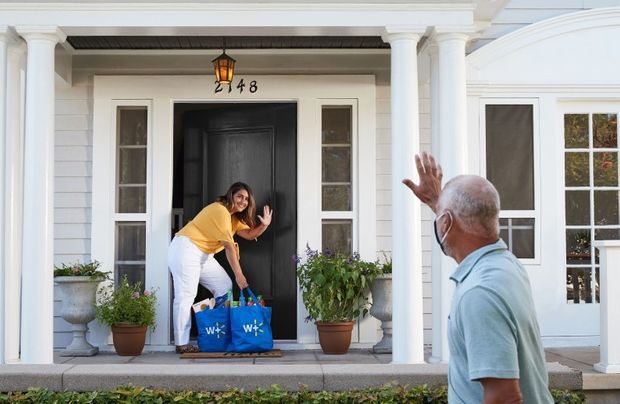 If each of these 10 million members were to spend an incremental $100 per month, it would add $12 billion in additional sales through this channel in a year.

A third of consumers that UBS polled between Sept. 3 and Sept. 8 said they were likely to sign up for the service.

Nearly a quarter of respondents (22%) indicated they shop at a Walmart store more than once a week and 17% shop on the retail giant’s e-commerce site more than once per week.

Walmart stock is up 15% for the year to date while the Dow Jones Industrial Average DJIA, +0.19% is down 6% for the period.

In One Chart: One of the market’s hottest stocks just bounced into the green to buck selloff