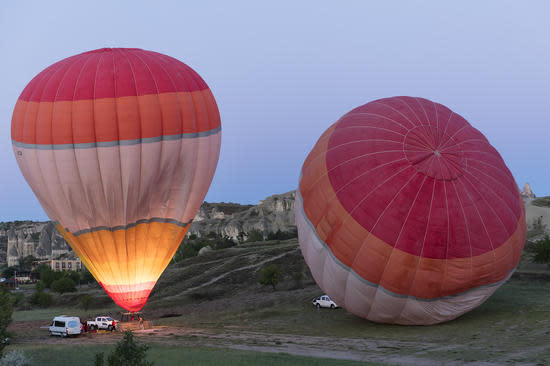 Wall Street has decided to embrace inflation this time around, but investors shouldn't be fooled Read More... 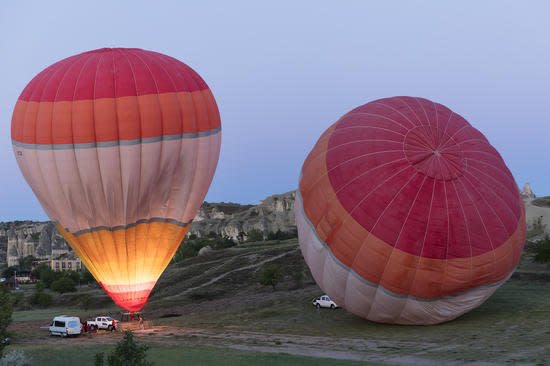 As inflation soars unchecked in the U.S., historical precedent would tell us that Wall Street should be panicking right about now.

However, it is doing the exact opposite; even as the consumer price index has topped 8% for the past three months, Wall Street maintains buy ratings on 56.9% of the stocks in the S&P 500 compared to sell ratings for just 5.4% of the index.

This many bullish ratings would be considered highly unusual even in good market conditions. The five-year average for buy ratings among S&P 500 stocks is slightly lower at 53.3%, but even this is unusually high on a historical basis. FactSet has been collecting data on Wall Street ratings since 2010, and according to this record, Wall Street is more bullish now than it has been in 12 years at the very least.

So what has made Wall Street fond of inflation all of a sudden? Why are analysts churning out buy ratings left and right even as consumers purchasing power rapidly dwindles? Lets take a look at where Wall Street is going wrong, and why investors should not be fooled.

Before we dive into that, though, we should remember that, as Warren Buffett (Trades, Portfolio) once said, When trillions of dollars are managed by Wall Streeters charging high fees, it will usually be the managers who reap outsized profits, not the clients. In other words, when Wall Street is wrong, it could very well be an intentional thing aimed toward increasing Wall Streets profits.

Buying into an illusion of strength

The more bullish the market, the better Wall Streets profits are, so it would come as no surprise to me if some analysts were intentionally issuing more bullish ratings in order to prop up investor sentiment and encourage active trading.

However, that is not the only factor at play here. Thanks to record easy-money policies and fiscal stimulus over the past couple of years, as well as higher savings from the beginning of the pandemic, consumers gained an unusual amount of short-term resilience to inflation.

That will not last forever, but for now, the effects are enduring in the minds of analysts and investors alike because many companies are still reporting quarterly earnings that show year-over-year improvements. It is easy to be tricked into thinking sales are improving when the numbers are up, even though technically, if profits do not increase faster than inflation, a company is not really growing.

This market situation has created an illusion of strength that is all too easy to buy into, making it almost seem like inflation is actually good for the stock market.

Seeing high inflation as a good thing is a dangerous trap for investors to fall into. The longer inflation persists, the more it will compound and eat into consumer spending power, resulting in downward pressure that will eventually outweigh price increases.

In a Fortune magazine article published in 1977, another time during which inflation was running hot, Buffett provided the following anecdote:

The arithmetic makes it plain that inflation is a far more devastating tax than anything that has been enacted by our legislatures. The inflation tax has a fantastic ability to simply consume capital. It makes no difference to a widow with her savings in a 5% passbook account whether she pays 100% income tax on her interest income during a period of zero inflation or pays no income tax during years of 5% inflation. Either way, she is ‘taxed’ in a manner that leaves her no real income whatsoever. Any money she spends comes right out of capital. She would find outrageous a 100% income tax but doesn’t seem to notice that 5% inflation is the economic equivalent.

Bringing this example forward to 2022, we are all essentially paying a 100% income tax on any return that does not surpass inflation, which was 8.6% as of May.

Is stagflation in the cards?

Some analysts claim they are not worried about inflation because they expect it to subside soon. Their reasoning is that fiscal stimulus and savings from the beginning of the pandemic have fed into inflation by making it easier for companies to hike prices without seeing meaningful reductions in demand. By this logic, once consumer spending power falls off a cliff, inflation will naturally dissipate.

On the other hand, we could also end up with a situation where inflation persists even as economic growth stagnates. This situation, called stagflation, last occurred in the U.S. in the 1970s. The likelihood of stagflation has further increased due to Russias war on Ukraine.

According to the World Banks latest Global Economic Prospects report, global economic growth is expected to fall from 5.7% in 2021 to 2.9% in 2022, marking a sharp reduction from the 4.1% growth projection for 2022 that was released in January.

As of May, the Congressional Budget Office estimates that real gross domestic product for the U.S. will grow 3.1% in 2022. Previously, there was some hope that the Federal Reserve could help lower inflation enough for the year to be below economic growth, but that seems unlikely at this point. Moreover, if there is any further disruption to the global economy from rising geopolitical tensions between Russia and NATO, we could see economic growth drop further.

The last time the U.S. experienced stagflation, Buffett waited until Nov. 1, 1974 – the height of market pessimism amidst a long recession with inflation spiking to 12.3% and GDP declining 0.5% – to declare a bullish call on the stock market. By that point, the S&P 500 had fallen more than 42%. In one of the most direct predictions of his entire career even to this day, Buffett declared, “Now is the time to invest and get rich.”

We have not seen a recession yet

The history of steep recessions being followed by long-term stock market gains could be part of the reason why Wall Street is so bullish on inflation. Perhaps analysts are trying to think ahead, but in the process, they have forgotten one key factor: we have not had a recession yet.

Sure, the S&P 500 has lost about a fifth of its market value year to date, but consumption has held up well against inflation so far and a large chunk of the market decline is coming from growth stocks that were bid up to eye-watering valuations in 2020 and 2021. Netflix (NASDAQ:NFLX) and Meta Platforms (NASDAQ:META) are among the S&P 500 juggernauts that have lost over 50% of their market value this year, helping drag the top-heavy index down.

Wall Street is wrong about inflation because they have got the timing and reasoning wrong; like Buffett did in the 1970s, those looking for bargains might want to wait for an actual recession to develop before going all in.