Congress still hasn't raised the federal borrowing limit to prevent a U.S. default, even as the Treasury Department cautions that "cash and extraordinary measures" are most likely to run out next month. Read More... 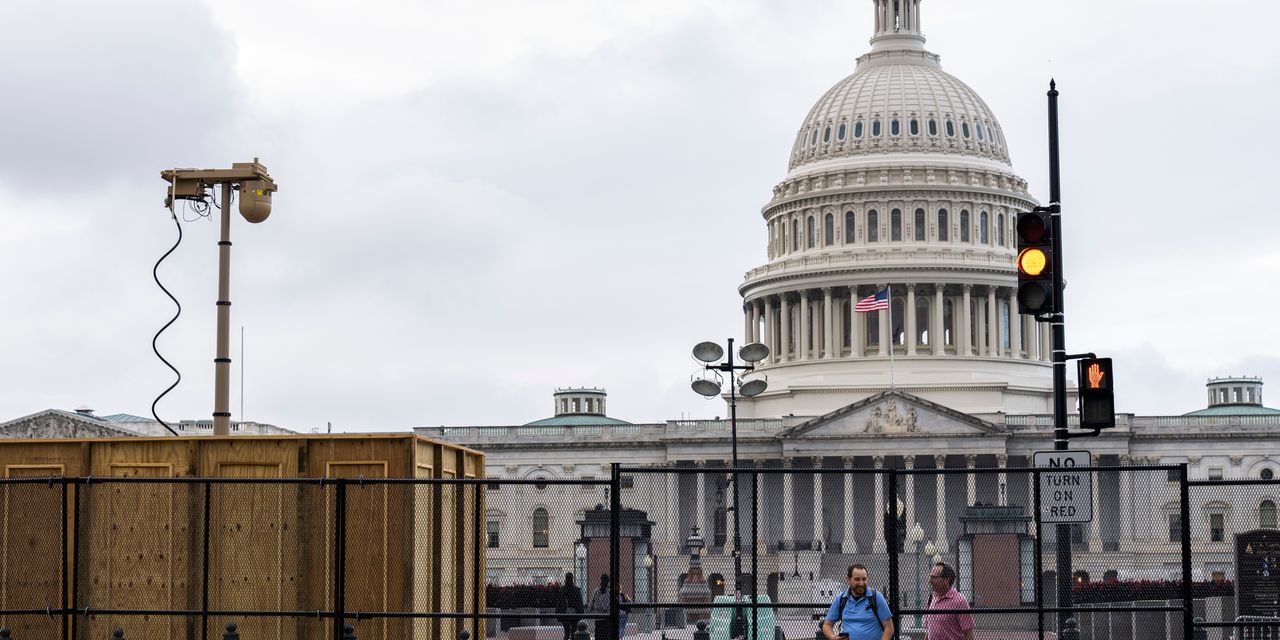 Congress still hasn’t raised the federal borrowing limit to prevent a U.S. default, even as the Treasury Department has cautioned that “cash and extraordinary measures” are most likely to run out next month.

Another warning came Friday from the White House, which said state and local governments face severe cuts if lawmakers in Washington fail to lift the debt ceiling.

Senate Minority Leader Mitch McConnell, the Kentucky Republican, this week repeated his view that Democratic lawmakers ought to go it alone to raise the federal borrowing limit, similar to how they’re working to pass their $3.5 trillion spending plan without GOP votes.

Democrats maintain that the raise should happen through a standard process and draw bipartisan support, with House Speaker Nancy Pelosi, the California Democrat, saying it’s paying “the Trump credit card.”

Analysts at Eurasia Group, a political risk consultancy, suggested the dangers for investors are significant.

“Republican intransigence over increasing the debt limit and Democratic overconfidence that they will be able to pressure Republicans into doing so is creating unusually high risks of the U.S. crossing into a technical default on its
debt sometime in late October,” they wrote in a note on Thursday.

Such a default refers to when the U.S. government lacks resources to pay all obligations and prioritizes some payments over others.

“Congress will at some point increase the debt ceiling, but it may require the pressure of a technical default and market sell-off to get there,” the Eurasia Group team also said. “Based on our analysis of the incentive structure of both sides at this time, we see that risk at 20%.”

Either Democrats will need to change tactics and increase the debt limit on their own, or enough Republicans in the Senate will have to back off their public commitments, but neither outcome is likely until late October, according to the analysts.

From the archives (August 2011): U.S. loses its triple-A debt rating from Standard & Poor’s

The debt limit is “a political issue because politicians have said it’s an issue,” even as no one has ever failed to get reelected because they voted to increase it, an analyst at Beacon Policy Advisers said.

“They have been saying it’s an issue on both sides of the aisle since the 1950s, bringing out the worst in political opportunism,” said Ben Koltun, Beacon’s director of research, in a note Friday.

Daily headlines about debt-ceiling brinkmanship miss the forest for the trees because the ceiling will be raised, Koltun also said. Beacon doesn’t have a firm view on how it will ultimately happen, but it does have a strong conviction that it will occur, he added.

The No. 2 House Democrat, Rep. Steny Hoyer of Maryland, told his colleagues in a letter on Friday that the chamber will take action on the debt limit next week. But it’s the Senate that’s tricky.

The Senate is split 50-50, with Democrats in control only because Vice President Kamala Harris can cast tiebreaking votes. That chamber’s filibuster rule requires 60 votes to end debate on most items and allows the minority party to stymie the majority’s efforts. However, Democrats can advance certain measures with a simple majority vote, as they’re doing with their $3.5 trillion package.

The Ratings Game: Netflix’s stock jumps — but not all analysts are subscribing to the hype

Will the Campaign to Break Up Big Tech Succeed?