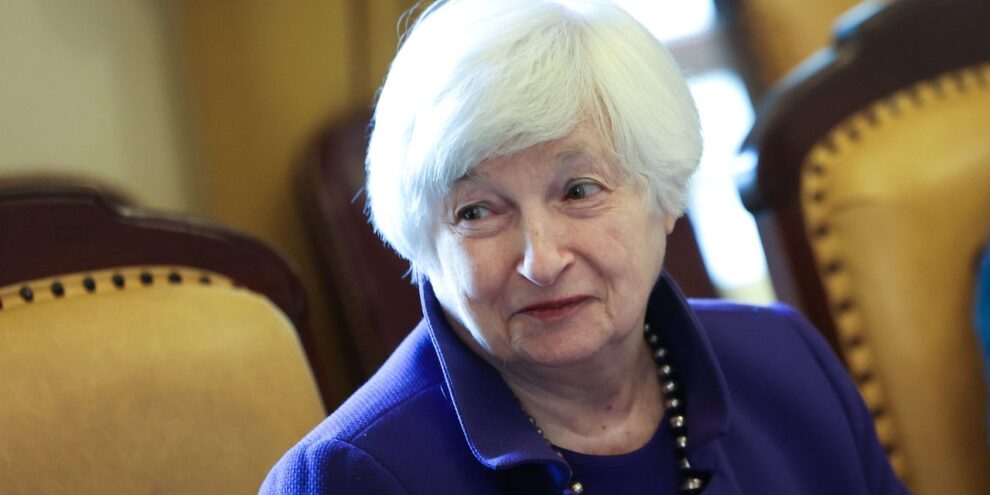 Treasury Secretary Janet Yellen warned lawmakers that the U.S. is expected to hit its ceiling for borrowing next week. Read More... 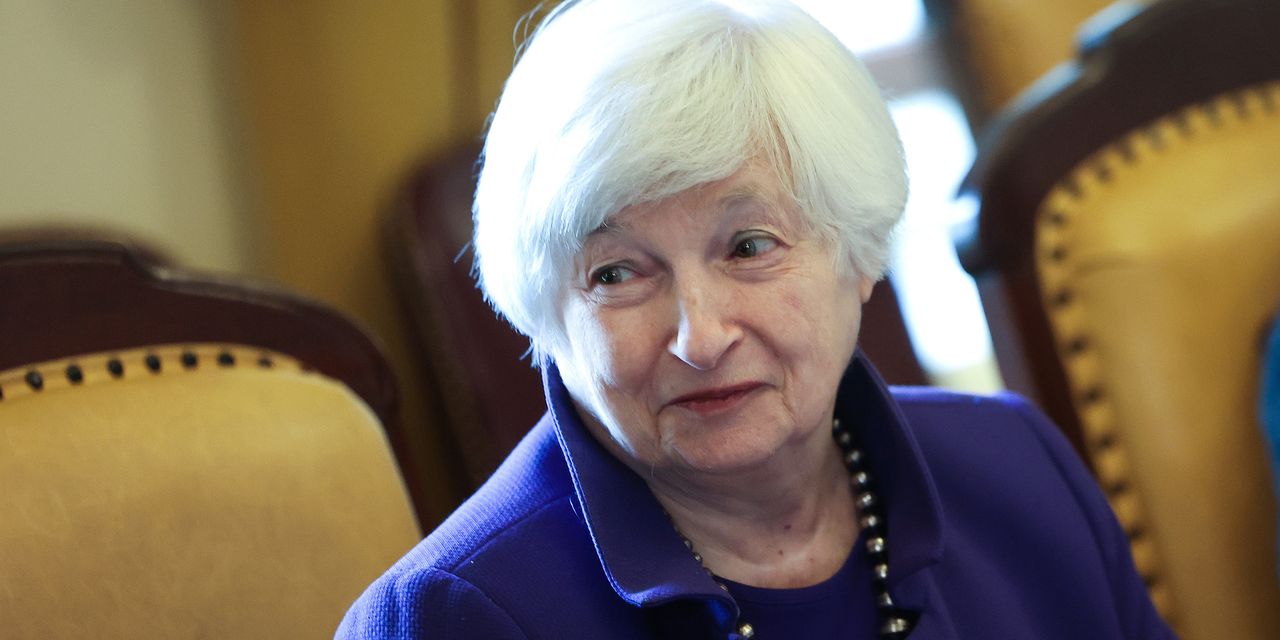 Treasury Secretary Janet Yellen on Friday warned top U.S. lawmakers that the federal government is expected to hit its ceiling for borrowing next week and urged them to “act in a timely manner to increase or suspend the debt limit.”

“I am writing to inform you that beginning on Thursday, January 19, 2023, the outstanding debt of the United States is projected to reach the statutory limit. Once the limit is reached, Treasury will need to start taking certain extraordinary measures to prevent the United States from defaulting on its obligations,” she wrote in a letter to the lawmakers.

Reports earlier this week said the government was on track to max out on its $31.4 trillion borrowing authority as soon as this month. The Treasury Department typically deploys “extraordinary measures” at that point to keep the government operating, but once those efforts run out, a default is possible.

Also see: Why the Fed is still seeing $2.2 trillion in daily demand for its overnight repo facility

She also emphasized that increasing or suspending the debt limit does not authorize new spending, but “simply allows the government to finance existing legal obligations that Congresses and Presidents of both parties have made in the past.”

“Failure to meet the government’s obligations would cause irreparable harm to the U.S. economy, the livelihoods of all Americans, and global financial stability,” Yellen wrote. “Indeed, in the past, even threats that the U.S. government might fail to meet its obligations have caused real harms, including the only credit rating downgrade in the history of our nation in 2011.”

Some analysts have been warning that the rocky process of electing a new House speaker last week didn’t bode well for how chamber will resolve the debt ceiling issue later this year.

“We believe the most likely outcome is probably still some kind of 11th-hour bipartisan deal to raise the debt ceiling. But even if we ultimately end up at a bipartisan deal, we see virtually no way to get there without significant market SPX, +0.40% DJIA, +0.33% pain along the way,” said Tobin Marcus, senior U.S. policy and politics strategist at Evercore ISI, in a Friday note released before Yellen’s letter went out.

“This is because signs of market stress are precisely the thing that will likely be
required to focus the minds of Congressional negotiators and jolt them toward action,” Marcus said.

The analyst also said Evercore’s current estimate is that an “X Date” — meaning the point when the Treasury Department will exhaust its extraordinary measures — would come in July or August.

Democrats and some centrist Republicans have been in early talks about using a parliamentary procedure known as a discharge petition to force a vote to raise the nation’s borrowing limit, according to a Wall Street Journal report.

Marcus noted that other analysts have suggested the GOP’s intraparty battle over the House speakership means Republican moderates likely will end up siding with Democrats on the debt-ceiling hike and taking part in a discharge petition. But he said Evercore doesn’t expect that.

“This is technically possible, but much more difficult as a matter of both politics and House rules than it’s generally been made out to be,” he wrote.

The Treasury Department said identical versions of the letter went to House Speaker Kevin McCarthy, a California Republican, and Senate Majority Leader Chuck Schumer, a New York Democrat, as well as other top lawmakers from each party.

With the issue of the debt limit looming larger in Washington, some Republicans have talked about pairing a limit hike with reductions in federal spending, as well as changes to Medicare and Social Security.

Speaking to reporters on Thursday, McCarthy said he’d had a “very good conversation” with President Joe Biden when the two spoke recently. “I told him I’d like to sit down with him early and work through these challenges.”

Schumer and House Democratic Leader Hakeem Jeffries said in a joint statement that their party wants to move quickly to pass legislation on the debt ceiling.

“We’ve seen in previous debt ceiling stand-offs that even the threat of default leads to even higher costs for working families. Republican leaders must do the right thing to protect Social Security, the economy, and our country,” said the Democratic leaders on Friday.

White House press secretary Karine Jean-Pierre said the administration wouldn’t negotiate over the debt ceiling and told reporters it should be raised “without conditions.”

“This is something that must get done,” she said at a daily briefing Friday.