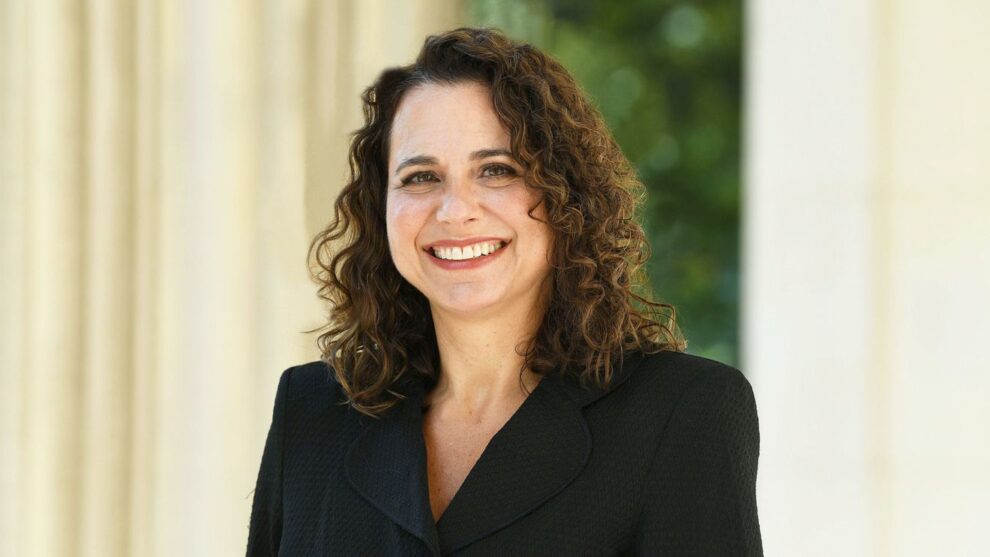 'Asking people to stay home and not work is fine if they can afford to do that,' says Sandra Black, who served on former President Barack Obama's Council of Economic Advisers. Read More...

Without a Senate majority, President-elect Joe Biden will almost immediately have his hands tied in making key decisions about the lives of Americans when he moves into the White House in January.

But Biden, like all other U.S. presidents, won’t be making those decisions alone.

He’ll have a team of infectious disease experts led by Drs. David Kessler and Vivek Murthy on his coronavirus task force, which he announced on Nov. 9. The U.S. recorded 1 million new coronavirus cases in the past 6 days, bringing the total number of COVID-19 infections to 11 million.

Among other members of his cabinet, he’ll also have a Council of Economic Advisers, a group of economists who are responsible for providing objective economic research that informs the president’s domestic and international policy decisions.

There are three main positions on the CEA — a chair and two members. The chair needs to be confirmed by the Senate while the two member positions do not. All three are positions that can only be appointed by the president.

Sandra Black served as one of the members of President Barack Obama’s CEA from August 2015 to January 2017 alongside Jay Shambaugh and Jason Furman, who served as chair.

When she moved to Washington D.C. in 2015 from Austin, where she taught economics at the University of Texas in Austin, the U.S. economy was beginning to see the light at the end of the Great Recession that put more than 15 million of Americans out of work.

Before joining the CEA, she worked at the Federal Reserve Banks of New York and San Francisco. She now teaches economics and international and public affairs at Columbia University in New York. Her research interests include gender discrimination, and the role of early life experiences on the long-term outcomes of children.

MarketWatch spoke with Black to gain insights into how she would advise Biden on policies to get the U.S. on the road to recovery.

MarketWatch: If you were in the Oval Office with Biden on Day 1, what might your conversation with him sound like regarding economic recovery and potentially putting together a new stimulus package?

Sandra Black: What’s so frustrating to a lot of policymakers, economists and others is that we so clearly need to do something, and we’re not. The first step has to be trying to get the pandemic under control and, looking at the numbers in the United States, it’s terrible.

Asking people to stay home and not work is fine if they can afford to do that, but if they don’t have food for their families then it’s just not feasible. We need to do another stimulus package and make it feasible for people to get through the pandemic, and then once we’re on the other side of that then we can start working back in a normal situation.

“ Asking people to stay home and not work is fine if they can afford to do that, but if they don’t have food for their families then it’s just not feasible. ”

MW: What should be included in another stimulus package?

Black: First, we need to give money to state and local governments — they need to be able to make schools safe and they need money to do that, and trying to ask them to raise money on their own in a pandemic is really hard.

We also need to get money to people. With the CARES Act, we expanded the unemployment insurance system, making it more generous and made more people eligible for unemployment benefits but the increased generosity has ended.

There are other expansions as well that are about to expire at the end of the year, and so we really need to re-up that because that was shown to be quite a successful program and we’re letting it expire.

Related: ‘It’s a grim cut off’: Washington abandoned a stimulus deal, so much of America’s temporary financial safety net will expire

We also need to get money to individuals directly because, even if we expanded unemployment insurance, there are a lot of people who have fallen through the cracks who aren’t able to get the money, and now is a really hard time to be punitive and say, “Oh you need to go find a job.”

So we really need direct payments to individuals again but I think it should be more generous [than the $1,200 stimulus checks plus an additional $500 per child under the CARES act] so that people can pay their rent and can afford child care.

MW: Minorities and women, especially women of color, are being hit a lot harder in the U.S. during the pandemic. How can the U.S. experience a more equitable economic recovery?

These policies actually will kind of target these disadvantaged groups that are being hit harder. So that’s why it’s so important to do things like giving money directly to people. It’s a much more direct mechanism than trying to go through businesses.

MW: During your time at the CEA Republicans held majority control of the House and the Senate. As for Biden, it’s looking likely that Republicans remain in control of the Senate. When he goes to negotiate with them, which of the stimulus policies you mentioned do you think should be non-negotiable, and where might there be more middle ground?

Black: My perspective as an economist and as a researcher is that I try to give what I think are the best policy recommendations and then I can certainly tell you what I think are more important [policies], but I have to say that all of these are important and all of them are feasible. This idea that you have to pick and choose among these super important policies that are helping people to me feels like a false choice.

During my time working with Obama, I tried not to slip into the politics of it and kind of choose among my children. Research has shown that a lot of these policies really are so cost-effective, and beneficial and will help with the economy in the long run.

MW: In your conversations with Obama at the CEA, did you take into account the political atmosphere or did you stick to being an economist and say, “This is what we think is best and we’re not going to discuss the political battle out there?”

Black: There were things that we knew weren’t going to get done by the Congress, but that didn’t mean we didn’t stop pushing for them.

For instance, expanding SNAP [Supplemental Nutrition Assistance Program] benefits, where there’s recent research that is so compelling that these programs have short and long-run benefits.

We kept pushing on that even though we didn’t think [Congress] was going to do anything. But we wrote reports on it because we cared about that and tried to keep the message out there because someday somebody will do it.

Some of our focus was on what can we do. So thinking about the gender wage gap you kind of focus on policies that you think you can get done. But if you asked me to advise Biden on what I think we should do [regarding a stimulus package] I would say we want to do all of it.

Black: That’s an interesting question. When you’re working on policies you think about the incentives it creates when you give something you worry that people are going to abuse whatever it is you’re giving them.

But during a pandemic is not the time to worry that some people might take advantage of a situation. There are so many people who are hurting that the trade-off is worth making.

“ During a pandemic is not the time to worry that some people might take advantage of a situation. There are so many people who are hurting that the trade-off is worth making. ”

MW: Shifting gears, what was Obama’s greatest challenge in terms of getting the U.S. on the path to economic recovery? And what work was left unfinished when President Donald Trump took office?

Black: Obviously [Obama] inherited a really bad economy so that was a hard situation. But there are a lot of weaknesses in the economy that haven’t been fixed — like the fact that low-wage workers have really not benefited a lot.

They certainly were doing better than in the depths of the Great Recession but still, they earn very low wages, do not have many worker protections, and do not have guaranteed health insurance, so there’s a lot of ways that we can still help these workers.

MW: What was one of the most memorable conversations you had with Obama?

Black: Obama really understood. He was really smart, and it was so fun to talk to him about research because he was just so quick. My favorite story from my time at CEA was when Jay Shambaugh, the other member, and I went to talk to him about low wages for workers at the bottom, and why wages were stagnating.

Obama asked us about the role of technology. We were talking to the president of the United States about economic research, and he really got it and he was interested in it. Jay and I walked out of there and we looked at each other and said, “That was so cool.”

(This interview has been edited for style and space.)