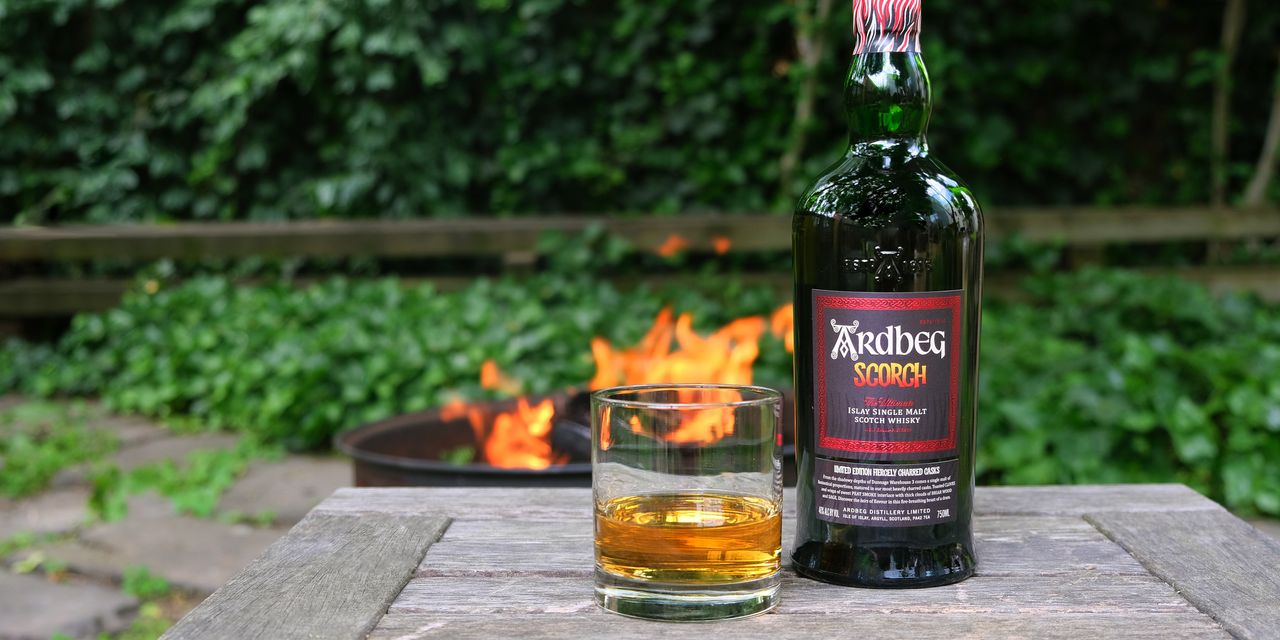 Fans of Scotch look to the Islay region for whisky with a distinctively peaty taste — a flavor that brings a certain smokiness with every sip. Among the most revered Islay distilleries is Ardbeg, which traces its roots to 1815 and celebrates its heritage every year with an event simply called Ardbeg Day. Naturally, there’s a special whisky released to honor the occasion.

This year, Ardbeg Day, which takes place June 5, brings us Scorch. True to its name, it’s all about fire — not just in terms of its telltale smoky flavor, but in the fact that it honors a local myth, the Islay dragon, a creature that was said to eat most of the local cattle. The idea, notes the Ardbeg team, is to “uncover the myth” with each sip.

Normally, Ardbeg Day takes place in person, as part of the final day of Islay’s Festival of Music and Malt. This year, the distillery, which is part of the Glenmorangie Company owned by the luxury conglomerate Moet Hennessey/LVMH LVMH, -0.50%, will celebrate the affair online at Ardbeg.com and via social media.

We’ve long been fans of Islay whisky, thinking that the more smoke the better. But Ardbeg often aims to bring a pleasing degree of balance to its releases, tempering the peat. Certainly, that’s the case with Scorch, a well-crafted whisky that has a certain intensity — Islay Scotch is never for the faint of heart, as evidenced by the brand’s own tasting notes for this release, which point to flavors of black licorice and “medicinal lozenges.” But all that is tempered with an intriguing sweetness, as if the dragon was tamed with a drop of honey.

How to enjoy it

This is a whisky that should be sipped neat, keeping in mind that Islay whisky is not for everyone, but should be experienced on its own terms. You can add a little water if you like or even make a Dragon’s Tail cocktail, a concoction with lime, honey, bitters and more that the Ardbeg team has suggested.

Facebook’s Content Oversight Board May Take Months for Decisions