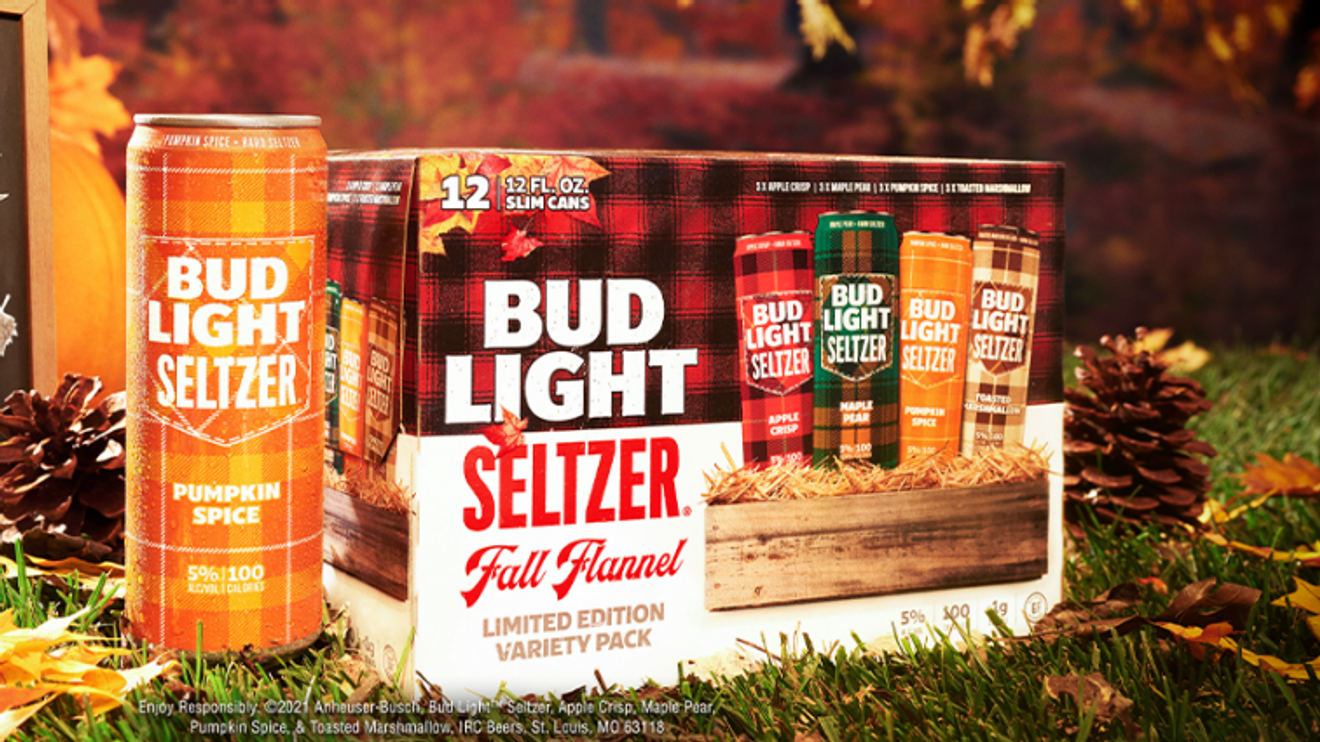 Has the hard-seltzer category finally started to lose fizz?

That’s the question we asked ourselves with the arrival of Bud Light’s Fall Flannel variety pack. Does the world really need a pumpkin spice-flavored hard seltzer? Or a toasted marshmallow one, to name another of the offerings in the assortment? (Rounding out the pack are maple pear and apple crisp varieties.)

And there are indeed signs that hard seltzer sales are slowing — at least for other producers. White Claw, the industry leader, has seen sales decline in bars by 15%, according to one industry report. Boston Beer SAM, +0.84%SA SAM, +0.84% — the Sam Adams folks behind the Truly Hard Seltzer line — recently reported a softening in the category, which contributed to a fall in its share price.

Still, the folks at Bud Light, part of Anheuser-Busch BUD, -0.88%, are bullish when it comes to fizzy water that can get you tipsy. They note that the brand, launched in 2020, has already become the third most-popular one in the category (behind White Claw and Truly). And they say their flavor innovations and variety packs are helping contribute to Bud Light Seltzer’s popularity. Other seasonal assortments they have launched include a holiday-themed Ugly Sweater pack (highlighted by a “peppermint pattie”-flavored seltzer) and a Retro Summer pack (with cherry limeade, blue raspberry and “summer ice” flavors).

“Bud Light Seltzer is all about fun and flavor,” the brand says.

But then we tried the flavors. And, um, we kinda liked them.

Look, there’s no pretending there’s anything sophisticated about a hard seltzer that tastes like toasted marshmallows (and for the record, that was our least favorite of the group — a rather bizarre concoction that aims to be like a campfire in sweet, bubbly form). But the pumpkin spice actually hits the right seasonal notes (without all the added sugar that Starbucks SBUX, +0.46% puts in its namesake latte, we might add). And the apple crisp is oddly refreshing in that autumnal way.

Would we order any of these at a bar with a straight face? Would we pass them out at a party to our booze-savvy friends? In a word, no and no. But, yeah, we might drink them again.

How to enjoy them

Lose your shame, crack open a chilled can and enjoy as is. But the toasted marshmallow can probably go down the drain.