A host of extreme weather this year brings added intensity to what some have called the most ambitious, and possibly most critical, convergence of global powers to discuss climate change in decades. Read More... 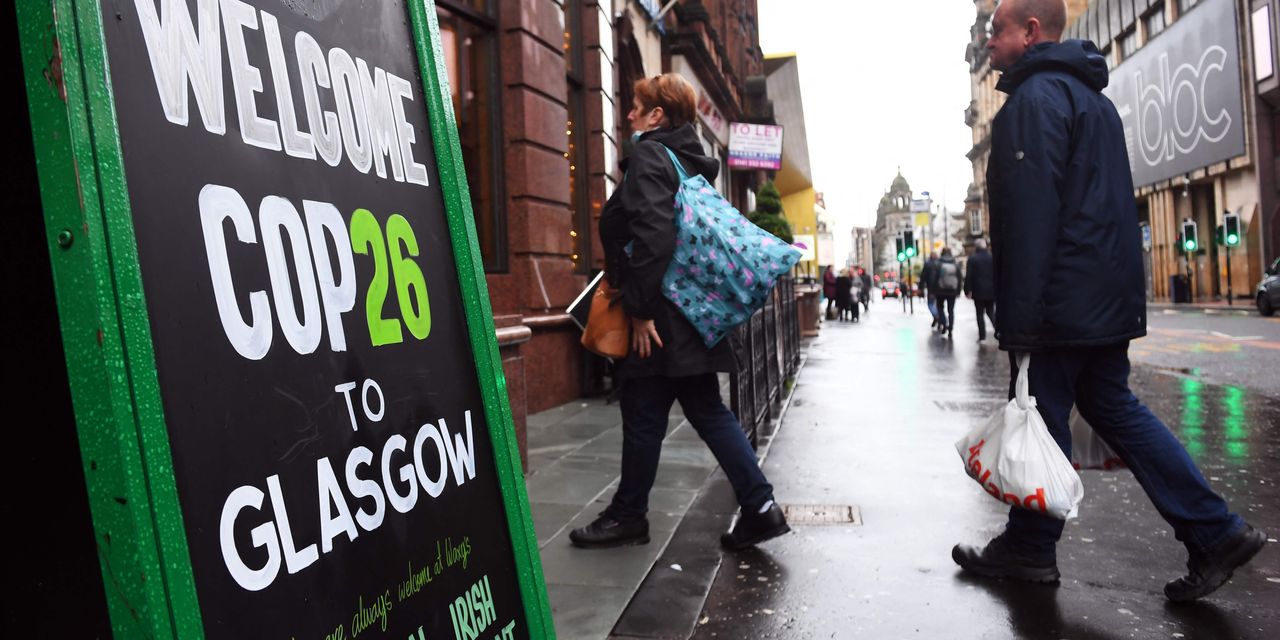 A host of extreme weather this year brings added intensity to what some have called the most ambitious, and possibly most critical, convergence of global powers to discuss climate change in decades.

Extreme cold knocked out power to parts of Texas early in the same year that brought an unprecedented heat dome and temperatures as high as 117 degrees F to the typically temperate Pacific Northwest. Huge wildfires, fueled by drought conditions, have singed major swathes of California. And Hurricane Ida clobbered Louisiana before bringing historic flooding to New York, Philadelphia and beyond. And that’s just in the U.S. Heat and floods have taken their toll on Europe and elsewhere.

Seasonal storms, even dangerous ones, are expected, but it’s the intensity and frequency of such events, and some geographical surprises, that lead scientists to blame climate change and a hotter planet.

It’s only going to get warmer. On the current path, between now and 2030, the world will spew up to 28 billion metric tons (31 billion U.S. tons) of Earth-warming greenhouse gases beyond the amount that would keep the planet at or below the most stringent limit set at a Paris, the United Nations calculated this week.

It’s against this backdrop that the next chapter in trying to adapt to, and slow down, climate change begins, hosted by a special arm of the United Nations.

What is this big U.N. gathering about?

This weekend begins the 26th Conference of Parties (COP26), which runs through Nov. 12. It’s the annual U.N. meeting of the 197 countries that have agreed to the U.N. Framework Convention on Climate Change,  The meeting is the decision-making body of the countries that signed onto the U.N. Framework decades ago. It is held to assess how well nations are dealing with climate change.

The first COP was in Berlin in 1995. COP21 in Paris, six years ago, was a key moment for the Paris Agreement. From here, COP meetings are essentially a check-in on progress from Paris. The latest meeting was delayed from 2020 to 2021 because of COVID-19.

The overall goal is to reduce greenhouse gas emissions to keep the global temperature from rising more than 1.5 degrees Celsius due to climate change. Through the burning of fossil fuels BRN00, -0.23% that add carbon dioxide, methane and other gasses to the atmosphere, the Earth’s temperature has already gone up an estimated 2 degrees Fahrenheit, or 1.1 degrees Celsius.

Who are the most significant participants?

Approximately 20,000 people will be attending the formal talks. They include government representatives, scientists and policy experts.

U.S. President Joe Biden will be there Nov. 1 and 2, during the World Leader Summit portion of the meeting.

Biden arrives with the latest advances in his domestic policy on climate change still uncertain as he waits for Congress to pass pared down bills addressing cleaner energy and other programs. Although Biden has pledged for the U.S. to cut emissions by half by as soon as 2030 and says a suite of initiatives can get the nation there, legislative uncertainty leaves the U.S. leader likely to face scrutiny by his global counterparts. Read the president’s latest proposals.

Aside from hundreds of world political leaders, other well-known names are planning to attend. Queen Elizabeth had planned to attend, but will stay home under a medical directive to rest. Prince Charles and Camilla and the Duchess of Cornwall, as well as Prince William and Kate Middleton, the Duchess of Cambridge, will help host in Glasgow. Pope Francis plans to attend, depending on his health.

Broadcaster, filmmaker and climate activist David Attenborough will be on hand. Swedish climate activist Greta Thunberg plans to attend protests on site during COP26. A climate rally scheduled for Nov. 6 is expected to draw as many as 150,000 people.

Read: Every whale is worth $2 million? Why it’s time to add the value of nature to GDP

And who’s not going?

Notably, Russian President Vladimir Putin will sit out the event, disappointing Johnson and others. A Kremlin spokesman said climate change remains a foreign-policy priority. Russia is the world’s second-largest natural gas producer behind the U.S.

Chinese President Xi Jinping will talk to global leaders at the climate summit by video link. On Thursday, China formally submitted its climate goals, pledging to reach peak emissions of CO2 emissions before 2030 and achieve “carbon neutrality,” or using forests and other measures to absorb as much carbon as it emits, by 2060.

The document included targets previously announced by Xi but set no additional goals.

China is the world’s largest polluter; followed by the U.S. and India.

What are they saying?

The world “is still careening towards climate catastrophe,” U.N. Secretary-General Antonio Guterres said Friday, even after some countries updated emission pledges. “There is a serious risk that Glasgow will not deliver.”

“Glasgow has already summoned more climate ambition than the world has ever seen,” said John Kerry, U.S. climate envoy, speaking at an event at the London School of Economics this week. “And in that regard, Glasgow has achieved success.”

“I’ve been talking to a lot of people who wonder are we really going to make progress. There are a lot of things that can go wrong even having the right people in the room. I think were are starting to see a lot of good commitments from other countries. The U.S. could hit net-zero, for the sake of argument, tomorrow, and that is still only 11% of global emissions. We care, too, about the other 89%,” said Heather Reams, executive director of U.S.-based, center-right Citizens for Responsible Energy Solutions (CRES). Reams will attend COP26 with a delegation of Republican lawmakers, including Reps. Garret Graves, of Louisiana, and John Curtis, of Utah.

“I think we could get some low-hanging commitments [on emissions cuts] that will head in the right direction, but fall short of what we’ll ultimately need on a timescale many would like. The reality is that a global commitment, because of size, is hard to make,” said Joshua Kendall, who runs the responsible investment practice for U.K.-based Insight Investments. “It might mean eventually we get bifurcation in international policy, a two-track system in which those that are doing it like the EU and U.K. are one track, but there is a large party of other contributors, but who say we have other priorities. It unfortunate this might happen, but an interim solution, and may create more traction from investors also.”

“Everything is at stake if the leaders do not take climate action,” Ugandan climate activist Vanessa Nakate said. “We cannot eat coal. We cannot drink oil, and we cannot breathe so-called natural gas.”

“New analysis by World Resources Institute and Climate Analytics shows that China has the potential to fill 25% of the global gap between countries’ current climate commitments and the emission reductions necessary to keep the Paris Agreement’s 1.5°C temperature limit within reach,” said Helen Mountford, vice president, climate and economics, at the World Resources Institute. “If the world is going to have any chance of coming to grips with the climate crisis, China — as well as all other major emitters — needs to graduate from taking small steps to giant leaps toward a cleaner and safer future.“

Deep Dive: Bank stocks plunge — it may be an overreaction, longtime analyst says

US STOCKS-Futures back off on U.S.-China frictions; Intel sinks

Fintechs want to become nationwide lenders, but they just hit a major roadblock

Dispatches from a Pandemic: The lines for COVID-19 tests are longer than the lines for Black Friday shopping

‘Facebook is the new cigarettes for our society,’ Marc Benioff says, calling for regulation