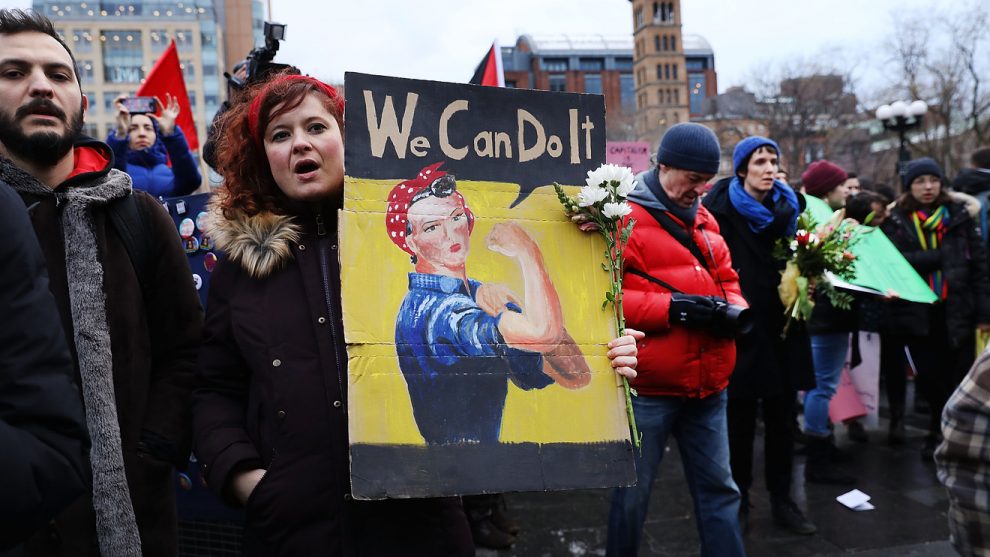 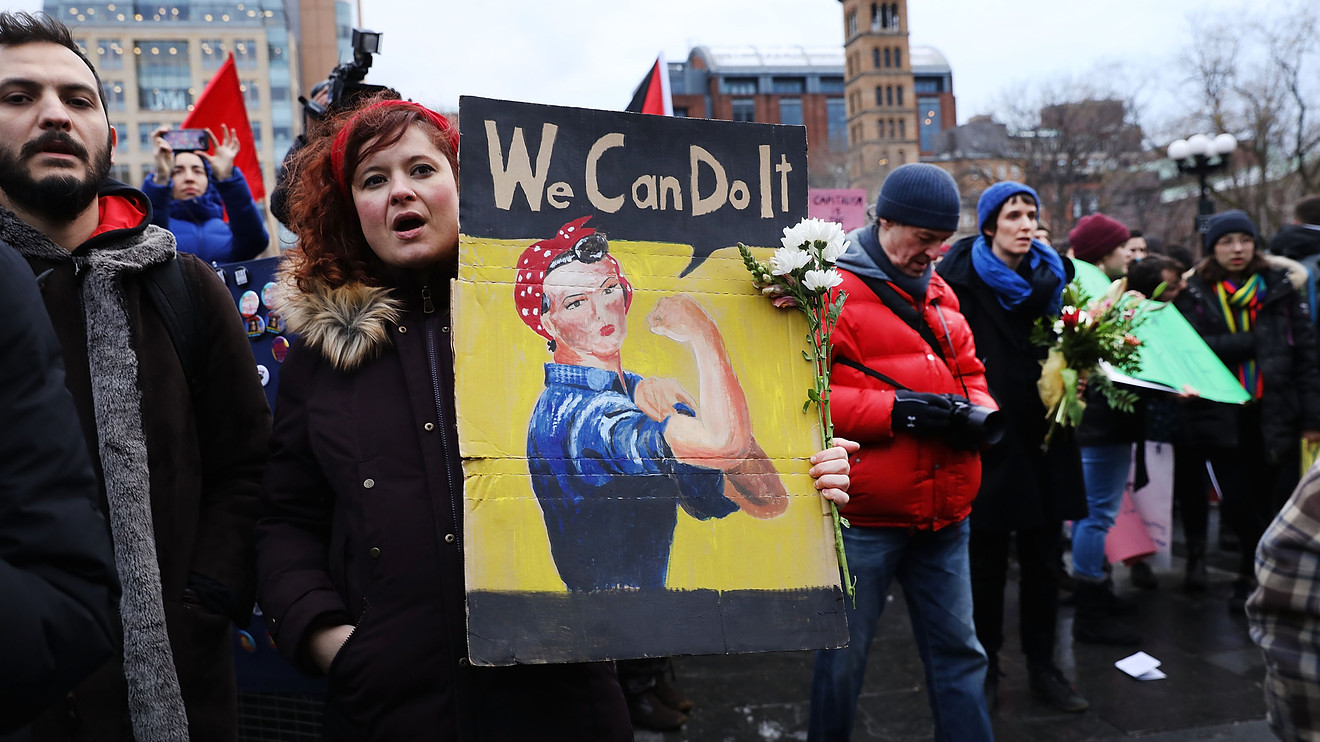 But experts say that Monday’s observance is also an opportunity to talk about pay and leadership parity in the workplace. Women in the U.S. make an average of 80 cents on a man’s dollar, and the pay gap has traditionally been wider for many women of color. Though the current number of female Fortune 500 CEOs sits at a record high, women still only make up 6.6% of those chief executives. Women hold close to 24% of the 535 congressional seats and just 29% of 311 statewide executive seats.

Meanwhile, women are less likely than men to get promoted or receive pay raises. Though recent research suggests that workplace sexual harassment may be on the decline, sexism and sexist remarks have risen.

Much of the big-picture change must occur at the systemic and organizational levels, experts say, including implementing family-friendly workplace policies, banning salary-history questions in job interviews, examining promotion pipelines, eradicating hiring bias, and fostering a culture in which employees feel comfortable raising discrimination or harassment concerns.

But there’s plenty of work individual employees can do in the meantime — and Women’s Equality Day is a fitting time to commit to making a change.

Here are steps you can take to promote women’s equality at work:

Men need to be allies. A national survey earlier this year by the gender-justice organization Promundo found that many men “overstate their allyship,” despite being in favor of more female leadership.

Men should understand how implicit and explicit biases impact workplace decisions, and step up to support policies like pay equity, paid parental leave and a ban on asking salary-history questions — acknowledging that equality benefits everyone at a company, not just women, said Laura Segal, the SVP of communications and external affairs for the nonprofit American Association of University Women.

Men can also steer clear of the classic meeting pitfalls of mansplaining or appropriating a female colleague’s idea, said Segal and Romy Newman, the president and co-founder of the women’s career community Fairygodboss.

Make sure your team is gender-diverse; ensure that women get heard during meetings; and call out bias, discrimination and inappropriate behavior when you see it, Newman said. “If men say they don’t know how to help, they need to ask,” she added.

Women should get more comfortable with bragging. Newman highlighted a 2011 report produced for The Wall Street Journal that found women’s evaluation for promotions tends to be based on performance, while the same evaluations for men tend to be based on their potential. Until that changes, Newman said, women have to speak up more and “get more aggressive” in talking themselves up.

“We know that we’re being evaluated on different standards — so we have to get in people’s faces and say, ‘Here’s what I’ve accomplished,’” she said. Once women get promoted, they can work to reduce the bias in how promotions are awarded, she added.

Women’s Equality Day is also a good day for women to sit down and think about how they define their value and worth to their employer:

They can also work to expand their skill sets. Look for the kind of training you think will help you advance in your career and take advantage of those, Segal said. “What are the gaps in our skills,” Newman said, “or opportunities for us to gain a highly valuable skill set that can make us have more power in the workplace?” Check out online educational organizations like Khan Academy, as well as any opportunities offered within your workplace.

… and forge alliances with other women. “Men do this informally all the time,” Newman said. Find a circle of five or 10 women, she said, with the agreement that you’ll all help one another get ahead. That means advocating for one another with whatever clout each person has, providing constructive feedback and sharing valuable information, she said.