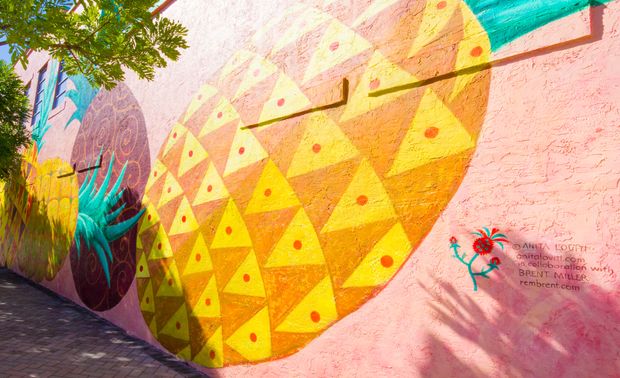 I’m 74, and my wife and I are looking to retire to a place full-time where it is warm all year long (over 60 degrees during the day in winter), has a liberal mind-set and is on the East Coast and on the ocean.

Right now we are spending six months on Fire Island, two months in Brooklyn and four months in Florida. We have been in Jensen Beach, but it is not exactly liberal-minded.

We are getting tired of moving around and would like a permanent spot. If we sell our place in Fire Island, then we’d like to buy something for around $400,000.

What do you think?

Left-leaning politics can be a tough request in the South. Even in Florida.

A glance at the 2020 Florida election results says your beachside options are pretty limited: the Jacksonville area, the three counties in the southeast corner (Palm Beach, Broward and Miami-Dade) and, on the Gulf side, the Tampa-St. Petersburg area. Look deeper, though, and it’s not always so simple. Jacksonville’s mayor is a Republican, for example, and its beach communities are represented by a Republican in Congress.

Readers may point out some blue waterfront areas surrounded by red, but the bottom line is you may need to compromise.

I won’t even get into hurricane threats and rising sea levels caused by climate change. As I’m sure you know, there’s the added cost of insurance against flood and wind damage.

Ocean spots don’t come cheap, so you may have to search hard for a spot with an ocean view for $400,000. But near the beach is doable. Don’t forget to take into account any HOA fees.

Here are three suggestions to get you started.

This walkable city of 70,000 between Boca Raton and Palm Beach attracted writers and artists a century ago and continues to have an arty vibe. The Cornell Art Museum showcases contemporary art, and the Spady Cultural Heritage Museum is dedicated to discovering, collecting and sharing the African-American history and heritage of Palm Beach County.

There is also the Morikami Museum and Japanese Gardens, and you can turn to the 25-acre Delray Oaks Natural Area for shade and birds (it’s part of the Great Florida Bird and Wildlife Trail).

Winter highs are in the mid-70s, and summer highs average 90 degrees. Just over a quarter of the city’s residents are 65 or older.

Based on median listing prices from Realtor.com (owned, like MarketWatch, by News Corp.), you should be able to find a townhouse or condominium in your price range; a single-family home will be harder. Here’s what’s for sale now.

The 2020 election showed us that the Miami area may not be as left-leaning as people thought. But if you want a more urban environment right on the beach, this city of 91,000 could be an option.

Miami Beach is more than South Beach, shopping and restaurants. Wander past the many Art Deco buildings, or book a tour with the Miami Design Preservation League. Saunter along the Miami Beach Walk, a pathway that runs along the eastern side, mostly just off the beach.

Of course, Miami, with its own museums and other cultural events, are just a bridge away. Or you can drive to the coral reefs of Biscayne National Park and the wildlife of Everglades National Park.

You’ll have the warmth: winter highs average in the mid-70s, and summer highs are in the upper 80s. It will be humid, but I figure you know that.

Given your budget, you’d likely be living in a condo. Here’s what’s on the market in Miami Beach now, according to Realtor.com

I’d like to say Tybee Island, but, honestly, for $400,000 it probably means a Savannah address. That doesn’t necessarily mean in the heart of the city, though; see Wilmington Island, for example, between downtown and Tybee.

Charming Savannah, with 145,000 people and big-city cultural amenities, votes blue, and the beach — Tybee Island — can be less than 20 minutes away. It landed in sixth place on Livability’s 2018 list of best affordable places to live.

Tybee has just 3,000 residents and the mayor is elected in a nonpartisan race. It makes a lot of great beaches lists, including Dr. Beach’s 10 best in 2017 and No. 3 among Southern Living’s reader picks in 2020. I can understand why you may not want to rule it out, and you may be able to find a condo in your price range.

This is my pick if you’re willing to look beyond Florida, so winter weather may require some compromise. Average winter highs in Savannah are in the low 60s; average lows drop into the low 40s. It will get into the low 90s in the summer, so you might want an ocean breeze right then.

Here’s what’s on the market now in Tybee Island and in Savannah, also using listings on Realtor.com.

Readers, where should Rick and his wife retire? Leave your suggestion in the comments section.

More retirement reading: I’d like to buy a home in a warm spot near the beach for $350,000 — where should I retire?

Also: My husband wants to be by the ocean, but I lived through Katrina and love lakes — where can we (semi) retire and rent for $2,000 a month?

Plus: I’m looking for a conservative small town with a bookstore, low taxes and a ski resort within an hour’s drive — where should I retire?

Finally: ‘Work and a few vacations each year is all we’ve done for the past 34 years’ — This couple has $2.6 million and no idea where to retire

Twilio (TWLO) Outpaces Stock Market Gains: What You Should Know