Consumers are expected to spend $10.14 billion on Halloween items this year --- and many appear to be thinking bigger is better when it comes to candy for trick-or-treaters. Read More...
List: The Top 50 Dividend Stocks 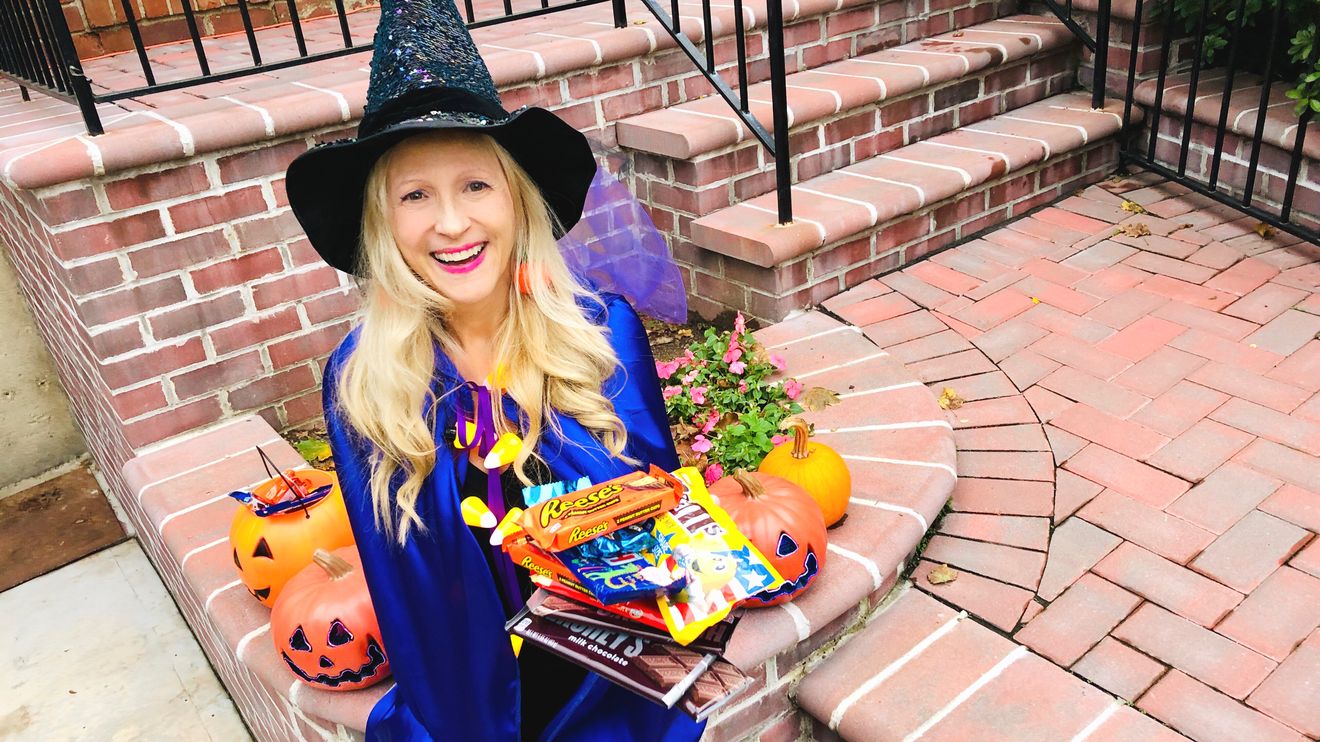 Karen Thomas has a surefire way to be the talk of her neighborhood come Halloween.

It’s not about the decorations she puts up. Or the costume she dons. Instead, the longtime resident of Huntington, N.Y., a town on the north shore of Long Island, makes sure to go big on the sweets — literally. She will be offering full-size candy bars in place of the traditional smaller ones (be they “fun size” or miniature) associated with the holiday.

“It’s more impressive. The kids love it,” she said.

Apparently, Thomas isn’t alone. In recent years, a number of Americans have gone the full-size route in an effort to make a statement and attract those trick-or-treaters all at once.

And some who track the retail world or study consumer behavior say the bigger-is-better approach could be even more pronounced in 2021 given that the Halloween celebration is expected to be especially robust compared to the pandemic-hampered one last year.

The National Retail Federation expects Halloween spending to reach a record $10.14 billion this year, up from $8.05 billion in 2020. On an individual level, consumer spending is expected to reach $102.74 — the first time the figure has crossed into triple-digit territory.

While that consumer tally includes everything from costumes to decorations, candy is naturally a major part of the holiday buy.

“‘We have seen growth in full-size bars over the last few years.’”

Some candy retailers and manufacturers say the full-size-for-Halloween trend is definitely real.

“We have seen growth in full-size bars over the last few years,” said Costco COST, +0.21% in a statement from management, though the company noted “the majority of our Halloween sales continues to be in fun-size and mini-size candies.”

Walmart WMT, +0.65% also “did bring in more full-size candy bars for Halloween this year vs. last and we also brought all Halloween candy in earlier this year,” a spokeswoman said.

Hershey HSY, -2.26%, the candy company behind several iconic brands, including its signature chocolate bars, said that full-size offerings account for about 10% of its trick-or-trick-related sales. But the company couldn’t say if that percentage has been increasing in recent years.

Anna Lingeris, a Hershey spokeswoman, notes that she was a supporter of the full-size-for-Halloween movement long before she worked for the industry giant.

When she was growing up outside Pittsburgh, her family recognized that it was an effort for trick-or-treaters to make it to their house because of its long driveway. So they decided Halloween revelers were deserving of something bigger.

Lingeris says she now continues the full-size tradition at her home (and, yes, she buys her own candy). It’s all about the reactions of surprise and delight from the kids (and their parents).

“You just see it in their faces. It’s like ‘Oh my God,’” said Lingeris.

One-upmanship in the neighborhood

There also could be a factor of one-upmanship for some households — meaning they may be going full-size to show up the others on their block, much in the same way some try to outdo their neighbors when it comes to Christmas decorations.

In that regard, Simon Holland, a resident of suburban Atlanta, recently issued this proclamation on Twitter TWTR, -1.38% : “Heard a rival dad is planning to hand out king-size candy bars for Halloween so now every trick or treater that comes to my house is getting a full rack of ribs.”

Holland, a professional comedian, concedes he was kidding about the ribs. But he does make sure to give out full-size candy — in part because he remembered the thrill of getting such as a kid. “The house that gave out full-size was always pretty top-notch. I aspired to do that when the time came,” he said.

— Craig Agranoff, who teaches marketing, on the social-media pressures of Halloween

In that way, social media could be fueling the full-size trend, says Craig Agranoff, who teaches marketing at Florida Atlantic University and runs his own marketing agency.

It’s one thing for a full-size giver to gain a certain reputation in the neighborhood, he notes. But platforms like Facebook FB, +2.10%, Instagram and TikTok can reveal their generosity to the world — “Now, it’s going to be on camera,” Agranoff said — and inspire others to jump on the big-candy bandwagon.

Which is not to say that bigger candy doesn’t come with a bigger price tag. And it’s for that reason that many households will continue to stick by the smaller trick-or-treat offerings.

Dawn Gutheil Tucksmith says she can get up to 700 trick-or-treaters in her Chatham, N.Y., neighborhood on Halloween. She can’t fathom paying the added cost to switch from minis to full-size bars.

“I mean, we already spend a couple of hundred dollars” on candy, she said.

Still, the economic equation can depend on how many of those smaller candies you’re doling out per trick-or-treater. A report on the Lifehacker website noted that the cost of a full-size bar works out to be only 30% more than three “fun size” ones.

“Buying full-sized candy certainly won’t save you money, but it’s probably cheaper than you think — and paying a little extra might be worth the glory the neighborhood children will bestow upon you,” the report noted.

Of course, there are dental and medical issues potentially connected to going big on candy for Halloween, particularly in a country dealing with a childhood obesity epidemic that has only worsened during the pandemic. (A new study from the Journal of the American Medical Association found that the percentage of 5-to-11-year-olds who are overweight or obese increased from 36.2% pre-pandemic to 45.7% today.)

Dr. Jun Tashiro, a pediatric surgeon who runs an adolescent weight program at NYU Langone Health in New York City, isn’t necessarily worried about the full-size trend. He says children should be allowed to enjoy Halloween, but suggests that parents put aside much of the holiday candy stash — big and small bars alike — so that kids can eat it over time and perhaps receive it as an occasional reward.

“We can teach moderation,” he said.

See also: This is the best candy to hand out on Halloween — and the absolute worst