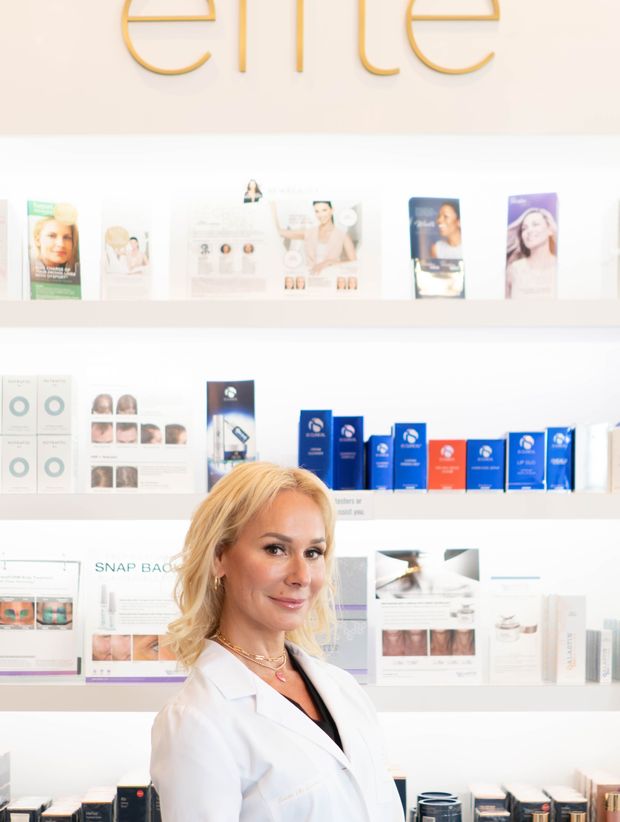 Nonstop video calls on platforms like Zoom and more time spent at home have triggered a surge in interest in cosmetic surgery, as people seek ways of looking younger and fresher on screens during the COVID-19 pandemic. Read More...

Nonstop video calls on platforms like Zoom and more time spent at home have triggered a surge in interest in cosmetic surgery, as people seek ways of looking younger and fresher on screens during the COVID-19 pandemic.

Elite Aesthetics, a MedSpa in Needham, Massachusetts, said that it has seen a 20% increase in appointments booked from last year.

“We’ve found that patients are seeking out treatments, such as injectables, now more than ever, With offices going virtual and Zoom meetings becoming part of regular routines, people are seeing much more of their own reflection every day,” Dr. Joelle Lieman, founder of Elite Aesthetics, told MarketWatch.

“Before the pandemic, it was irregular to look at your reflection as often as we are now with busy days in the office,” Lieman added.

A recent study in the journal Facial Plastic Surgery & Aesthetic Medicine noted a surge in patients citing their appearance on Zoom ZM, -1.09% as a reason to seek care. Noses and wrinkles seem to be the most common complaints generated by this phenomenon, which authors of the research dubbed ‘Zoom Dysmorphia.’

They also noted an increase in Google search trends during the pandemic for the terms ‘acne’ and ‘hair loss.’ The authors attributed this trend to the association of acne and hair loss with anxiety and depression, common psychological conditions during quarantine.

“We suspect the trend may also arise from people constantly seeing themselves on video and becoming more aware of their appearance,” wrote Dr. Arianne Shadi Kourosh, from Massachusetts General Hospital and one of the authors of the article.

The rise in cosmetic surgery is taking place on both sides of the Atlantic, as industry body the British Association of Aesthetic Plastic Surgeons said its doctors had seen a “massive upswing” — more than 100% — in demand for virtual consultations during lockdown.

Bryan Mayou, medical director of the Cadogan Clinic, said that the rise in treatments was due to several factors, including a backlog of procedures once lockdown restrictions began to ease, the increased privacy of working from home for discreet recovery, and more disposable income as people spent less money on holidays or going out during the COVID-19 pandemic.

“The increased exposure to videoconferencing software — the constant exposure to one’s own appearance — has also been a driver for the post-lockdown increase in procedures,” Mayou said.

Cadogan Clinic said the biggest increase was in facial surgery, which saw a 10-fold increase in ear procedures, 188% rise in fat transfer/face-lift procedures, and 78% increase in rhinoplasties.

Gerard Lambe, a cosmetic surgeon at Manchester-based Reflect Clinic, and a member of BAAPs, said he had seen a spike in the number of people calling immediately after lockdown restrictions were lifted in May.

“In a typical year, the volume tends to peak in January as people start the new year with new intentions. The surge we saw in June and July was bigger than that peak as people wanted to refresh themselves for videoconferencing as well as knowing that they have the time to recover at home,” Lambe said.

He said there was an increasing number of people asking for work to be done on the eye bags, as well as other areas including breasts and tummy tucks.

In September, the rise in demand for noninvasive facial procedures prompted BAAPS to warn the public not to fall prey to unethical marketing tactics that attempt to lure them into “panic buying” plastic surgery as a post-lockdown quick fix.

“As the world becomes increasingly virtual in this unusual time, we are being proactive in addressing the challenges that patients face to make sure that high standards are maintained in the delivery of care and information,” O’Brien cautioned.

“It’s that reality of surgery and aftercare that should not be lost in a virtual world,” she added.

Airbnb Lays Anti-Competition Allegations Against Google In IPO Filing
Baidu to Buy YY for $3.6 Billion to Get Into Chinese Live Video
Comment

US Indexes Fall Further on Tuesday

Market Snapshot: Why the stock market is at the mercy of the U.S. consumer

Here's What to Look for When Netflix Reports Earnings