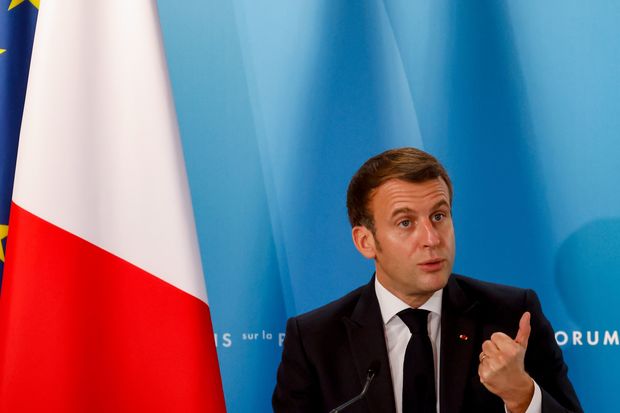 French President Emmanuel Macron raised his voice over the weekend on what he perceived as a lack of support from world governments, and a lack of understanding from English-speaking media, over the recent terror attacks in France and his policy to fight radical Islamism.

The outlook: Anti-French demonstrations in parts of the Muslim world and commentaries implying that the country is partly responsible for the recent attacks have hit a nerve. Macron had detailed his plans to improve the relationship between France’s secular state and French Islam practitioners just a few weeks before a string of terror attacks started with the beheading of teacher Samuel Paty on Oct. 16.

Many Western commentaries seemed to imply that France’s tolerance of aggressive religious caricature was to blame for the attacks, but the French president struck a defiant tone when insisting that he would not give way on “values” such as freedom of expression. On the other hand, ever since he joined a socialist government as economy minister back in 2014, Macron has also acknowledged that the social and economic causes of terrorism should also be addressed.

But the lack of enthusiasm from other European governments in expressing their solidarity with France in recent weeks should be of more concern to him than U.S. media coverage.

Read: What the Vienna attack may mean for Europe’s fight against terrorism

‘It’s a very difficult trade-off.’ How can you choose between saving the U.S. economy from coronavirus and saving lives?

Got $3,000 to Invest? These 3 Digital Media Stocks Could Make You Rich