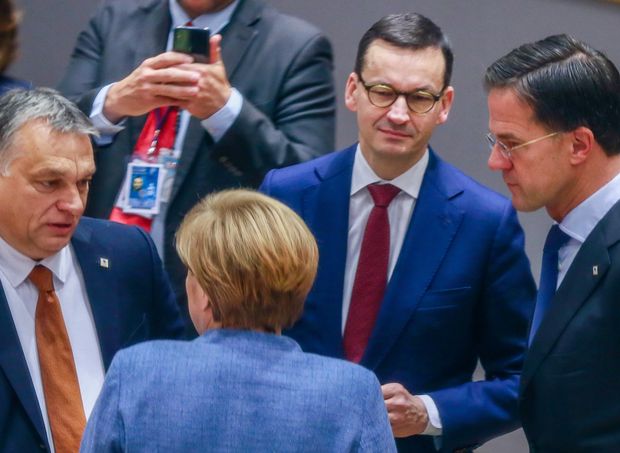 The Hungarian and Polish governments have withdrawn their approval for the launch of the European Union’s €750 billion COVID-19 recovery fund. Read More...

The Hungarian and Polish governments withdrew on Monday their approval for the launch of the European Union’s €750 billion COVID-19 recovery fund, because of legislation that would tie disbursement of the grants and loans to respect of the rule of law by recipient countries.

Read: EU urges Poland and Hungary to sign up to big money budget

The outlook: Merkel’s task will require all of her diplomatic skills, and then some. Major concessions to the two outliers could infuriate other governments, some of whom already suspect Germany of preferring a soft touch to deal with Hungarian strongman and Prime Minister Viktor Orbán.

If Merkel agrees on significant concessions to unblock the budget, some national parliaments might in turn object when the moment comes for them to ratify the deal.

The bitter irony in this is that Hungary and Poland are major recipients of EU funds, and stand to lose much if the gridlock persists. Meanwhile, the EU recovery fund hasn’t spent its first cent of stimulus. And remember that it was designed to deal with the coronavirus first wave, before the severity of the second one became obvious in the fall.

The Klein Law Firm Reminds Investors of Class Actions on Behalf of Shareholders of CACC, ACB and LOOP
NVIDIA’s Stock Price and P/E Are Climbing: Is Now the Time to Buy?
Comment

MarketWatch First Take: With yet another restructuring, HP wakes up to the realities of its struggling cash cow

Delivering the goods: Drones and robots are making their way to your door