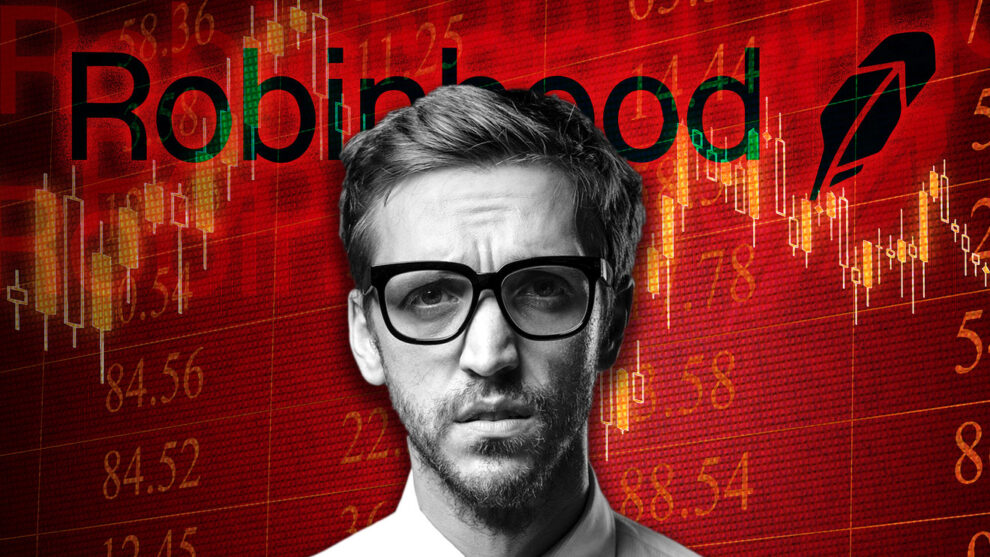 ‘If you’re not paying for something, you are going to pay for it in a way you can’t see,’ says one consumer advocate. Read More... 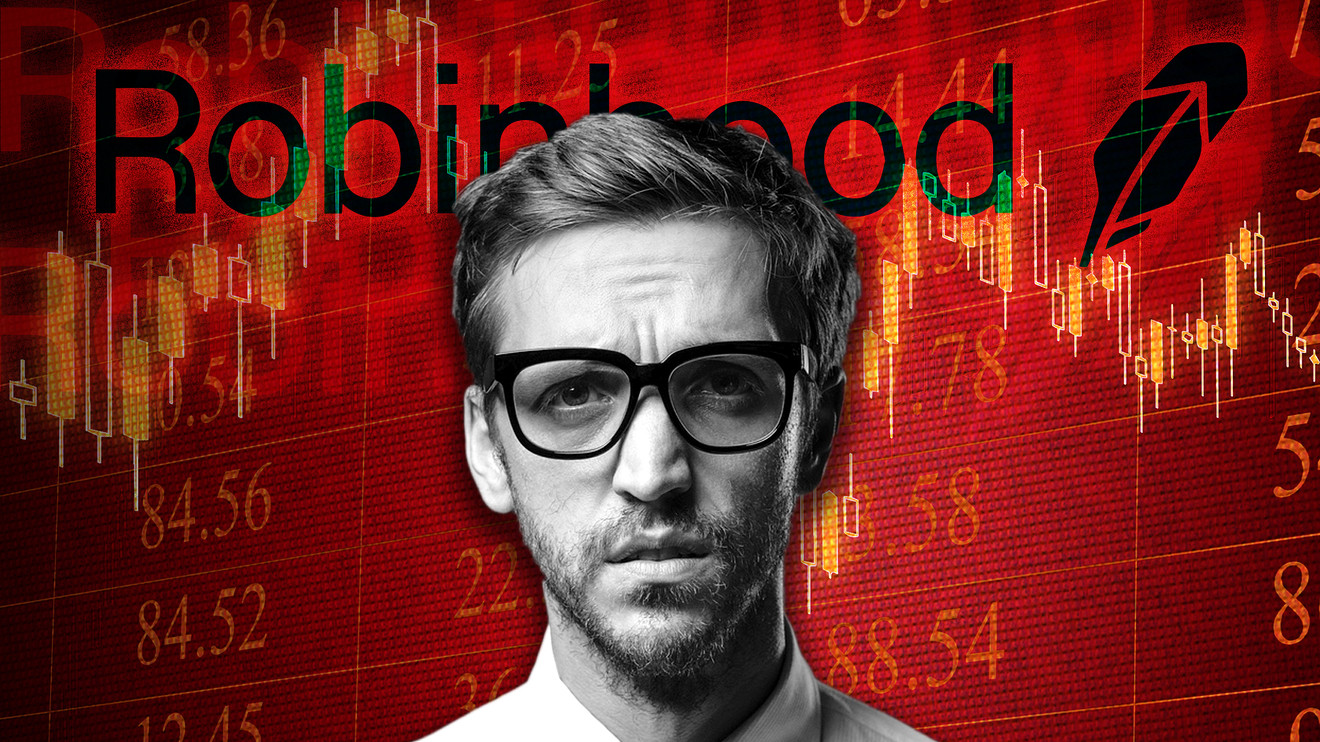 Robinhood, the stock trading app popular with young investors, wasn’t forthright with customers on how it makes money through its commission-free platform and didn’t live up to its duty to ensure users got the best terms on trades, the Securities and Exchange Commission said Thursday.

By going along with Robinhood’s tempting $0 commissions instead of brokerages with $5 trade-order commissions, investors missed out on $34 million over a roughly three-year span thanks to inferior trade prices, the SEC alleged. And that’s after factoring out the cost of five-dollar trade order commissions, the regulator added.

Now, Robinhood is paying a $65 million penalty to resolve the regulator’s charges and agreeing to pay for an independent compliance consultant that will review its approach when dealing with companies to execute user trades.

Robinhood — which isn’t admitting or denying the SEC findings — is paying the money and putting the matter behind it as it eyes an initial public offering. The fine relates to past practices that don’t reflect what the company is now, according to a Robinhood statement.

Yet Barbara Roper, director of investor protection at the Consumer Federation of America, said Robinhood seems “to be more focused on making a cool app than having a broker-dealer that complies with securities laws that investors get the best available price when they trade.”

She and other consumer advocates say the case contains cautionary tales that budding investors need to hold onto.

These are lessons like the potentially hidden cost of $0 commissions and unclear financial risks — all things worth remembering at a time when Robinhood isn’t the only place to trade without commissions and more people are trying to play the market with a couple of thumb swipes.

There’s no such thing as a free stock trade

When Robinhood users want to buy or sell a stock, the app, like other retail broker-dealers, isn’t carrying out the trade itself, the SEC order said. Robinhood routes orders to companies that pay to receive the order and carry out the trade.

But broker-dealers like Robinhood have what’s called a “a duty of best execution” where they have to seek the most favorable terms for a customer order, according to the SEC. (That could mean execution price, or other factors like execution speed, Roper noted.)

The problem when retail broker-dealers are paid to route orders is that it creates a potential conflict of interest, where the brokerage could put its own financial interests over a customer who just wants a quick trade, the SEC said.

Sometimes, laggy trades can tack on a mere penny or a half a penny as orders catch up to constantly moving markets, but it all adds up and never benefits investors, said Lev Bagramian, senior securities policy advisor at Better Markets, an investor protection watchdog organization.

Robinhood allegedly fell short of its duty, the SEC said. “Customers received inferior execution prices compared to what they would have received from Robinhood’s competitors. …These inferior prices were caused in large part by the unusually high amounts Robinhood charged the principal trading firms for the opportunity to obtain Robinhood’s customer order flow,” the order said.

For Roper, the case boils down to this: “You’re saving a penny to lose a nickel.”

— Barbara Roper, director of investor protection at the Consumer Federation of America

And it’s a reminder that $0 doesn’t mean no cost, she added. “You’re paying. You just don’t know how you’re a paying. This is not a charitable operation. It’s a money making business. If you’re not paying for something, you are going to pay for it in a way you can’t see.”

“The settlement relates to historical practices that do not reflect Robinhood today,” said Dan Gallagher, Robinhood’s chief legal officer and a former SEC commissioner. “We recognize the responsibility that comes with having helped millions of investors make their first investments, and we’re committed to continuing to evolve Robinhood as we grow to meet our customers’ needs.”

The SEC announced the $65 million penalty one day after Massachusetts state financial regulators filed their own administrative complaint against Robinhood. The company is turning investing into a game for young, neophyte investors who wind up exposed to unnecessary trading risks, the complaint alleged.

“ ‘Millions of people have made their first investments through Robinhood, and we remain continuously focused on serving them.’ ”

A Robinhood spokeswoman said the company will “vigorously” dispute the matter. “Robinhood is a self-directed broker-dealer and we do not make investment recommendations. Over the past several months, we’ve worked diligently to ensure our systems scale and are available when people need them. We’ve also made significant improvements to our options offering, adding safeguards and enhanced educational materials. Millions of people have made their first investments through Robinhood, and we remain continuously focused on serving them.”

The SEC proceedings and the Massachusetts action are “different aspects of the same problem. The firm is putting its own interest ahead of the financial interest of its customers,” Roper said.

Some financial advisers have argued the same point about other companies. When Charles Schwab Corp. SCHW, +0.39%  and TD Ameritrade dropped their commission fees (before Schwab acquired TD Ameritrade), advisers said the $0 commission would make it easier to trade impulsively, lose money and create market volatility.

“Acting on no discipline and no cost, it’s a recipe for disaster,” one adviser told MarketWatch at the time.

How can retail investors know they’re getting the best deal on $0 trades?

Roper is doubtful investors can fully understand the nitty-gritty on directives like “best execution” and then contrast and compare brokerage platforms. “It’s going to be industry-speak and nobody’s going to know what to do with that information,” she said.

That’s why it’s important to have strong regulators on guard, she said. Bagramian said the industry-wide issue of payment to route trade orders was “ripe for rulemaking” as a Biden administration comes in.

“This is a tax on the investor. A penny here, half a penny there, it becomes billions of dollars that sustains this sick financial scheme,” he said.

“ ‘This is a tax on the investor. A penny here, half a penny there, it becomes billions of dollars that sustains this sick financial scheme.’ ”

In Robinhood’s case, at one point in 2015 through 2016, payment for order flow was 80% of company revenue, the SEC order said. But a frequently asked questions page on Robinhood’s website around that time said this revenue was “indirect” and “negligible,” according to the SEC.

Between 2015 and 2018, Robinhood customer service representatives fielded roughly 150 questions from customers on how it made money, but the reps didn’t mention payment for order flow, according to the SEC. Early 2018 training documents told Robinhood customer reps to “avoid” discussing the matter, the SEC order said.

Though Robinhood revealed some information in required SEC reporting, those details were tucked inside a “disclosure library” website page and not prominently displayed, the SEC said.

“We are fully transparent in our communications with customers about our current revenue streams, have significantly improved our best execution processes, and have established relationships with additional market makers to improve execution quality,” a Robinhood spokeswoman said.

: Homeowners in Republican areas are more likely to be underwater on their mortgage

Amazon is generating lots of free-cash flow, time to get on board: Barron's