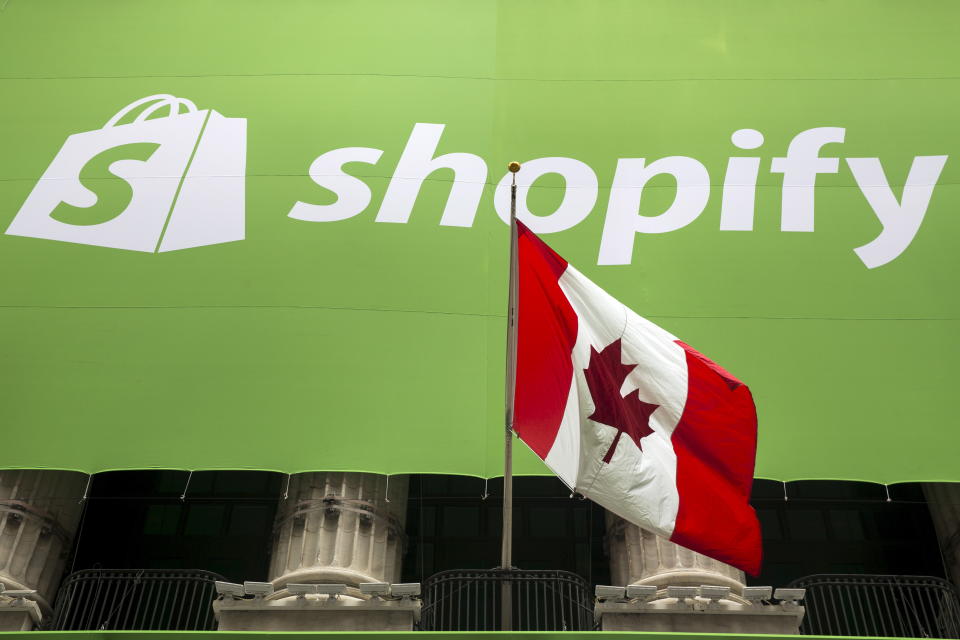 Shopify was a pandemic darling, but shares have collapsed 76% year-to-date. Read More...

Canadian e-commerce service Shopify (SHOP) was a certified pandemic-era darling, with its stock price soaring as high as $1,690.60 per share in November 2021.

But high-flying inflation, a pullback in consumer spending online compared to during the pandemic, and increased competition are punishing the company, sending shares of Shopify plummeting 76% year-to-date to $331.42 at the start of trading Monday.

Shopify’s woes aren’t unique. The company is just one of a host of big-name firms being pummeled in the broader market selloff including Netflix (NFLX), Etsy (ETSY), and Spotify (SPOT), which are down 71%, 67%, and 57%, respectively. The S&P 500, meanwhile, was off 20% as of mid-day Monday.

Shopify, however, has a number of underlying headwinds hitting its share price. Chief among them is the fact that growth has slowed precipitously as consumers return to brick-and-mortar stores after spending the last two years shopping online throughout the pandemic.

But that rapid acceleration in revenue means that subsequent comparisons look bad on paper, and in Q1 2022, Shopify’s growth slowed to an increase of just 22% year-over-year, topping out at $1.2 billion in revenue.

Shopify provides the technology to get online storefronts up and running. The Canadian e-commerce site also provides payment processing, and, thanks to the acquisition of Deliverr for $2.1 billion in April, is further building out its logistics capabilities.

But, like Shopify itself, sellers that use its platform are also being thrashed by rising inflation and interest rates, which could hurt Shopify’s bottom line in the long run.

Perhaps more worrying for Shopify, however, is Amazon’s decision to go directly after Shopify’s business with the launch of its Buy with Prime. The service, which is still invite only, lets third-party sellers take advantage of Amazon Prime’s capabilities while still selling on their own websites.

More recently, Shopify is getting slammed for a shareholder vote that helped CEO Tobi Lutke consolidate power via the ability to control 40% of the firm’s voting rights moving forward.

Earlier this month, Shopify’s shortcomings cost the company Mawer Investment Management’s Vijay Viswanathan, one of the company’s early investors. Viswanathan said he pulled out of the company because it faced too much competition, though according to Bloomberg, he said Shopify was still well-run.

Shopify will still need to fix some of its problems if its shares are going to rebound. But with the economic climate and the risk of a recession climbing, it may take some time for that to happen.