Google stock has rallied some 39% in 2021, best of the FANG stocks. But the big run of GOOGL stock may not be over. Read More... 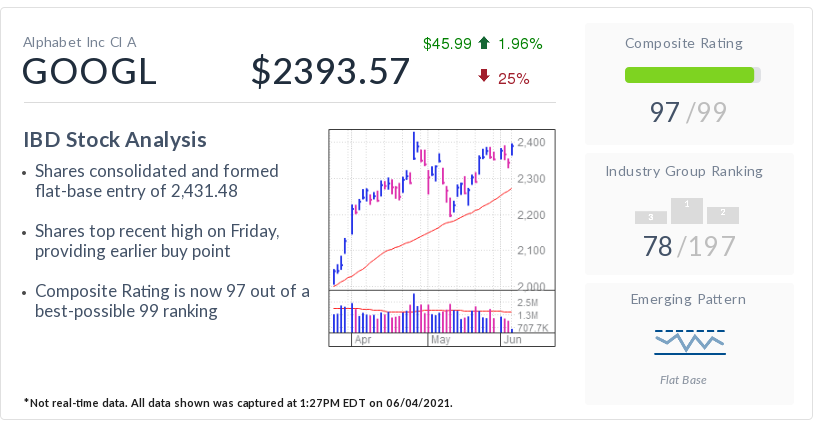 The Association of Southeast Asian Nations (ASEAN) and the European Union have concluded the world’s first bloc-to-bloc air transport agreement, ASEAN said, to allow their airlines to easier expand services to and within the respective regions. The agreement, once formalised, will mean airlines of the combined 37 member states can fly any number of non-stop flights between countries in both regions, ASEAN said on Friday. The agreement “provides essential guarantees of fair competition for our European airlines and industry, while strengthening reciprocal prospects for trade and investment,” said Adina Valean, the European Commissioner for Transport, according to ASEAN’s statement.

Big Tech Under Fire: G7 Leaders Agree on 15% Minimum Global Tax Rate
Help Me Retire: ‘Retirement? How?’ I’m 65, have nothing saved and am coming out of bankruptcy.
Comment

Want your loved one in a nursing home to get a COVID-19 vaccine? Ask these questions first