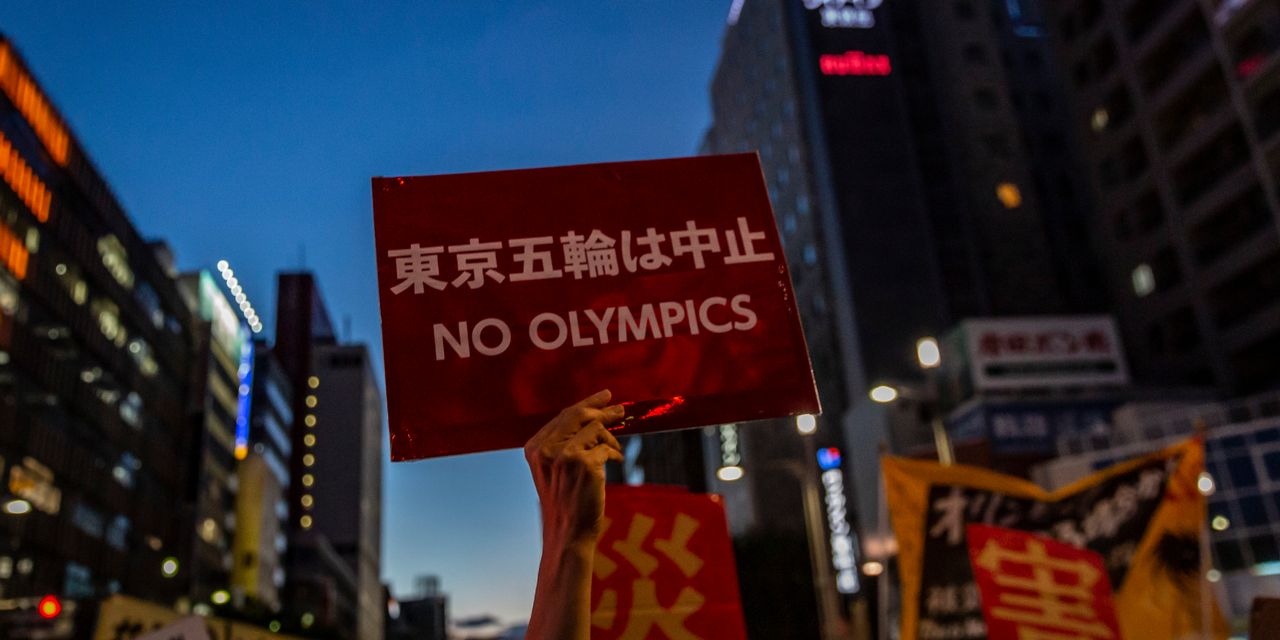 The Tokyo Olympics will begin on Friday while Japan is in a state of emergency due to spiking cases of COVID-19 and the dangerous delta variant.

Recent polling suggests 83% of people who live in Japan believe the Olympics should not take place in the country this summer, a stark rebuke to what is typically a joyous event. Opposition to the Tokyo games from Japanese citizens has been consistent throughout the year, according to polls.

Last week, one of the top Olympic sponsors, Japan-based Toyota TM, +1.05%, said it would no longer run Olympic-related TV ads in Japan, underlining how polarizing the Games have become in Japan.

See also: How the Tokyo Olympics ranks among the most expensive Games of all time

“It is true that Toyota will not be attending the opening ceremony, and the decision was made considering various factors including no spectators,” a spokesperson said. “We will not be airing any commercials related to the Games in Japan.”

Toyota Motor Corp. signed a multiyear sponsorship deal worth around $1 billion with the International Olympic Committee in 2015.

Spokespeople from Toyota, Coca-Cola, Airbnb, Alibaba, Visa, Intel and General Electric did not respond to requests for comments on this story.

The budget for the Tokyo Olympics catapulted above $20 billion after the Games were postponed a year ago, according to The Wall Street Journal. Some of those costs include billion-dollar stadium renovations, Olympic Village construction, and event marketing.

This $20 billion cost could be offset with the revenue from the Games, but revenue will be lower than projected because the Tokyo games will no longer have fans in attendance.

Empty stadiums will cost the Organising Committee of the Olympic Games (OCOG) at least $800 million in ticketing losses.

However, ticketing is only a fraction of the problem from the empty stadiums in Tokyo. According to local organizers, visitors in Japan for the Games would have spent roughly $2 billion on meals, transportation, hotels and merchandise.

The OCOG budgeted for a projected revenue of $6.7 billion for the Tokyo Games, far lower than its estimated costs — but that estimate includes revenue from fans buying tickets.

The Tokyo Olympics will still bring in money from sponsors and TV revenue, but the overall revenue picture is unclear due to the pandemic.

It’s worth noting that many Olympic Games are not profitable for the host city, according to the independent nonpartisan organization Council on Foreign Relations. For example, the 2008 Beijing games generated $3.6 billion in revenue, but the host city spent more than $40 billion, and the 2012 Summer Olympics in London generated $5.2 billion compared with $18 billion in costs.

See also: AOC casts doubt on inflation wave: Price increases are ‘sector specific’ and could be due to ‘supply-chain issues’

Many governments and host cities will tout that beyond the revenue shortfalls of the Games, having the Olympics lifts the economy by creating jobs and boosting tourism for years. These measures are harder to quantify but many studies have found these claims about employment and tourism to be more ambiguous.

“The world is faced with great difficulties,” Japanese Prime Minister Yoshihide Suga said on Monday. He then added “we can bring success to the delivery of the Games.”

If the Olympic Games were canceled, the IOC would have to refund nearly $4 billion to its broadcast partners.

See also: More than 20 million Americans may be evicted by September

The Olympic Games have not made much economic sense for host cities in recent years as the costs continue to skyrocket. The Tokyo Olympics appear to make even less economic sense due to the pandemic.

The Moneyist: I’ve taken care of an 85-year-old man for two years — he attempted suicide and now wants to leave me his home