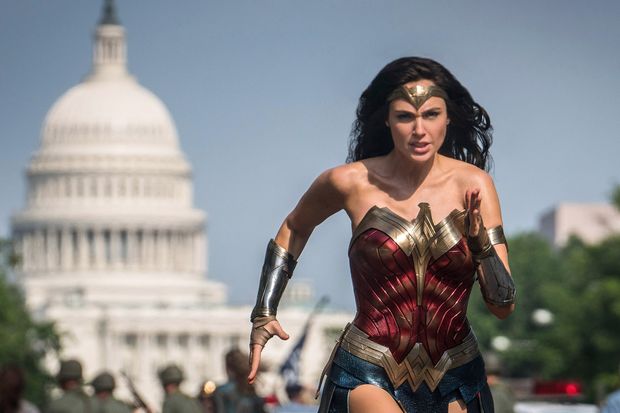 The coronavirus pandemic has all but shuttered Hollywood's box office for much of the year, but two of 2020's biggest movies will still battle it out with Christmas Day debuts --- this time, on dueling streaming services. Read More...

The coronavirus pandemic has all but shuttered Hollywood’s box office for much of the year, but two of 2020’s biggest movies will still battle it out with Christmas Day debuts — this time, on dueling streaming services.

Theater closures had forced AT&T Inc.’s T, -1.41% Warner Bros. to push back the “Wonder Woman” sequel’s release date numerous times from its originally scheduled debut in June. A number of other blockbusters, including “Dune” and the James Bond movie “No Time to Die” have been pushed back to 2021 releases

“Wonder Woman 1984” will still play in theaters, where they are open in the U.S., and is set to open Dec. 16 in theaters outside the U.S.

According to CNN, the movie will remain on HBO Max for one month, after which it will play only in theaters, and eventually go to video-on-demand.

“We truly hope that our film brings a little bit of joy and reprieve to all of you this holiday season,” director Patty Jenkins tweeted Wednesday. “Watch it in theaters, where it is made safe to do so (check out the great work theaters have done to make it so!) And available in the safety of your home on HBO Max where it is not.”

The move could help boost subscribers for HBO Max, which launched earlier this year. AT&T recently disclosed HBO Max has about 28.7 million eligible customers, but only about 12.7 million activations. (HBO Max is available for free for HBO subscribers and some AT&T customers.)

But until recently, HBO Max had been unavailable for consumers streaming on Amazon Fire and Roku devices — the two most popular streaming-TV devices in the U.S. On Monday, WarnerMedia finally announced a deal to add Amazon.com Inc.’s AMZN, -0.96% Fire as a distributor, accessing another 40 million streaming viewers. Roku ROKU, -2.16% has roughly another 40 million streaming customers, and WarnerMedia said Monday that negotiations with Roku are continuing.

The streaming release is another indication of how the pandemic has shaken Hollywood’s movie industry to its core, with studios departing from decades-old practices of waiting months between theatrical releases and those movies’ debuts on TV. Earlier this week, for example, Comcast’s CMCSA, -1.28% Universal Pictures struck a deal with movie-theater chain Cinemark CNK, +0.74% to reduce the theatrical window from three months to as little as 17 days, after signing a similar deal with AMC Theaters AMC, +9.39% over the summer.

“Wonder Woman 1984,” starring Gal Godot, is the follow-up to the 2017 smash hit superhero movie, which made more than $800 million in box-office receipts globally.

Christmas Day will be busy for streaming viewers. Last month, the Walt Disney Co. DIS, -0.41% announced “Soul,” the latest animated movie from Pixar, would start streaming that day on Disney+ for no additional charge, aside from the service’s $6.99-a-month subscription — unlike “Mulan,” which Disney+ offered to subscribers for an additional $30 in September.

It is unclear if any other big-name movies will debut on Christmas. Netflix Inc. NFLX, +0.24% plans to debut “Bridgerton,” a new romantic drama series from Shonda Rhimes, on that day, but its full schedule has yet to be released.

MarketWatch First Take: Nvidia is having a spectacular year; so where does it go from here?
How to Pick Great Stocks
Comment

The Margin: Trump posts video update on Twitter before boarding Marine One for trip to Walter Reed

The Margin: CNBC’s Jim Cramer, a longtime Tesla critic, says he might be about to buy a Model X — because his wife says so

Impossible Foods gets $200 million in funding