(Bloomberg) -- Mobile phone giant Xiaomi Corp. is among investors considering joining a funding round of at least 1.5 billion yuan ($231 million) for Black Sesame Technologies Inc., according to people familiar with the matter.The fundraising would value the Shanghai-headquartered artificial intelligence and autonomous driving chipmaker at as much as $1.5 billion, the people said, asking not to be identified as the matter is private. Black Sesame’s backers in its previous funding round included Tencent Holdings Ltd., one of the people said.Black Sesame is considering an initial public offering on China’s technology-focused Shanghai Star board as soon as next year, according to the people. At least one more round of investment is planned before any potential IPO, they said.Xiaomi has invested billions in scores of startups to build out its smartphone and online ecosystem, but a deal with Black Sesame would mark the company’s latest bet on the automotive arena since announcing a $10 billion plan to build electric vehicles. The startup, which designs AI chips and systems for cars, counts major auto industry firms including Robert Bosch GmbH, SAIC Motor Corp. and BYD Co. among its clients, according to its website.Details of the fundraising such as size and valuation could change, the people said, while discussions of the IPO are at an early stage and the company could decide not to pursue a listing. Representatives for Black Sesame, Tencent and Xiaomi declined to comment.The investment talks come as Xiaomi plans to invest $10 billion over the next decade into manufacturing EVs, its billionaire co-founder Lei Jun announced last month. The Chinese smartphone maker joins tech giants from Apple Inc. to Huawei Technologies Co. in targeting the vehicle industry, betting future cars will grow increasingly autonomous and connected. Xiaomi will outsource car assembly to contract manufacturers, a model it uses for its smartphones, a person familiar with the matter has said.Founded in 2016, Black Sesame is an artificial intelligence company focused on image processing, perception algorithms and system-on-a-chip design, according to the website. It has about 300 employees, 80% of whom work in research and development, the site shows.The startup is one of a growing number of Chinese chipmakers and tech giants seeking capital to develop semiconductors used to train AI algorithms. Artificial intelligence chip companies in China such as Horizon Robotics Inc. and Enflame raised $1.2 billion in the first quarter alone, BNEF estimates.China has pledged to grow its domestic semiconductor industry and reduce its reliance on American technology. Demand for semiconductors capable of handling AI tasks such as machine learning has sharply increased in recent years, fueled by a boom in data-intensive applications including high-resolution video games and cryptocurrency mining. The global AI chip market is currently led by Nvidia Corp., while the likes of Amazon.com Inc. and Alphabet Inc.’s Google have also invested in their own bespoke server silicon.(Updates with Tencent response in fifth paragraph.)For more articles like this, please visit us at bloomberg.comSubscribe now to stay ahead with the most trusted business news source.©2021 Bloomberg L.P. Read... 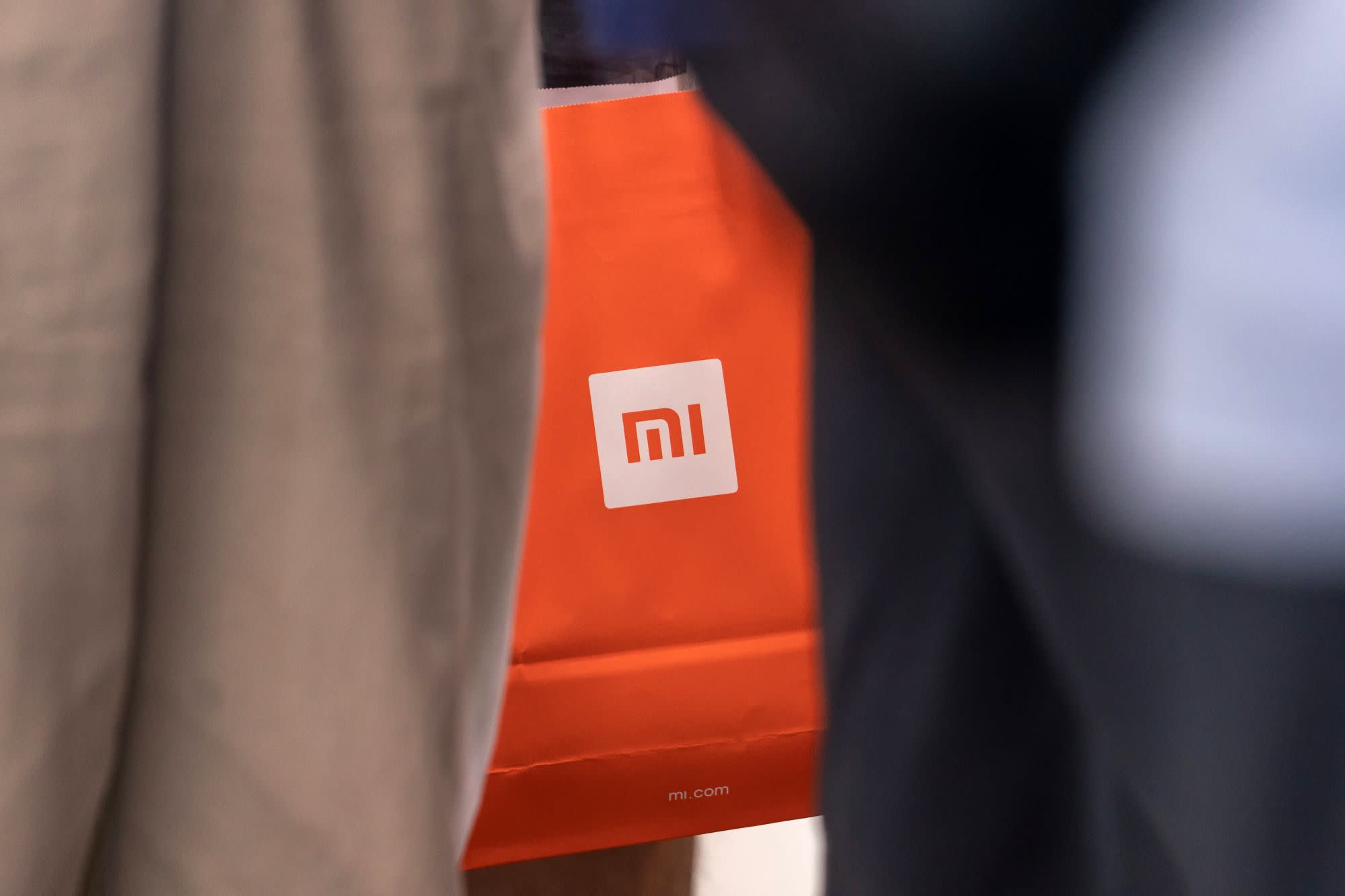 Indications are, the good times are here, and they are here to stay, at least according to Goldman Sachs global chief strategist Jan Hatzius. As the COVID pandemic crisis fades – thanks to natural immunity and an accelerating vaccination program, the US economy is starting to boom. In Hatzius’ view, the key point is spending. The Biden Administration has come in with strong spending plans, including direct stimulus checks to individuals, and Hatzius sees this as goosing the economy – which is heavily dependent on consumer spending. With spending going up, Hatzius believes it will hold up an expanding economy for 2021. “We have a forecast of very strong growth this year, 7.2% for 2021 GDP growth if you take the annual average, or 8% on a fourth quarter to fourth quarter basis, so that’s very optimistic,” Hatzius noted. Along with strong growth goosed by spend-happy consumers, Goldman Sachs also sees equity markets rising. The investment firm’s stock analysts have been scouring the market, seeking out the stocks that are set to show strong gains in the year ahead, and they have found plenty. Using TipRanks’ database, we’ve located two of those Goldman picks, which the firm expects to surge by 50% or better. Let’s take a closer look, find out what else makes them compelling, and hear what the analysts have to say. Hayward Holdings (HAYW) The first Goldman pick we’ll look at, Hayward Holdings, is a leading supplier of swimming pool equipment in the North American market. The company offers, through its subsidiaries, a range of gear for pool maintenance and operations, including cleaners, control systems, filters, heaters, pumps, and valves. Hayward has product lines for both the residential and commercial markets. Last month, Hayward held its IPO, entering the public markets by making over 40 million shares of stock available. Of that total, 22,200,000 shares were offered by the company, with the remainder offered by existing shareholders. The offering was priced at $17, and the company grossed over $377 million in new capital. New investors in the company can expect to get a ‘look under the hood’ on May 5, when Hayward will release its 1Q21 earnings report. The release will be the company’s first as a publicly traded entity, and will cover its last quarter as a private company. For the full year 2020, Hayward saw $875 million in net sales, for a 19% year-over-year gain. Opening up coverage of Hayward for Goldman Sachs, analyst Brian Lee notes that the company has “several favorable attributes,” which supports his bullish stance on the stock: “(i) 6%-8% sales CAGR through 2023… (ii) significant exposure to recurring, aftermarket sales with 75% of sales coming from existing pools that require ongoing maintenance, repairs and upgrades… (iii) secular trends supporting greater spending on the pool pad with average equipment spending per pool having doubled over the past 10 years, owing to greater technology advancements… Against this backdrop of solid, stable growth we forecast HAYW to maintain a leading share position given its pricing power and breadth of technology portfolio with industry-leading EBITDA margins in the high-20% range seeing modest expansion through 2023.” In line with these favorable attributes, Lee rates Hayward as a Buy, and his $27 price target implies a 55% upside for the coming year. (To watch Lee’s track record, click here) This newly public stock has already received 8 analyst reviews, and the breakdown is decidedly positive; 7 reviews recommend to Buy while only 1 says to Hold, making the analyst consensus here a Strong Buy. HAYW shares are selling for $17.42 and their $21.14 average price target suggests ~22% one-year upside potential. (See HAYW stock analysis on TipRanks) Diversey Holdings (DSEY) Diversey Holdings lives in a humble economic niche – but one that is essential, especially in these recent times of COVID. Diversey is a provider of hygiene and cleaning products, servicing the food service, food and beverage, healthcare, hospitality, and retail and facility management sectors. The company’s products include cleaning chemicals, floor care machinery, food safety services, and cleaning tools and equipment. We all want to live in clean environments, and Diversey’s contribution to that was worth $2.63 billion in sales last year. The company ran a net loss in both 2019 and 2020, but that loss moderated from $109 million in 2019 to $38.5 million in 2020. Like Hayward above, Diversey is only recently in the public markets. The company’s IPO was held on March 25, just a month ago, with the company making 46.15 million shares available for trading. The IPO was priced at $15 per share. In addition to the shares offered to the public, Diversey announced that the underwriters of the offering ‘exercised their option’ to purchase additional shares. Their purchase added 5 million shares to the total, and put Diversey’s net proceeds at $723 million. Among the fans is Goldman Sachs analyst George Tong, who views Diversey Holdings as a resilient business with share gains, margin improvement and multiple expansion. “We believe DSEY has a resilient business model characterized by recurring revenue streams, sticky customer relationships and essential business solutions. We expect DSEY to realize market share gains to deliver solid average annual top-line growth of 3-4% through 2023 that exceeds growth of the broader industry. Over the medium-to-longer term we see a path for EBITDA margins to expand from 15% to 20% to approach peer group margins, contributing to valuation multiple expansion,” Tong opined. These comments back his Buy rating, and his $23 price target shows that he is confident of 51% growth on the one-year time horizon. (To watch Tong’s track record, click here) There are 10 reviews on record for Diversey, and they include 9 Buys and just a single Hold. This makes the consensus rating here a Strong Buy, while the $18.80 average price target implies a ~24% one-year upside for the shares. (See DSEY stock analysis at TipRanks) To find good ideas for stocks trading at attractive valuations, visit TipRanks’ Best Stocks to Buy, a newly launched tool that unites all of TipRanks’ equity insights. Disclaimer: The opinions expressed in this article are solely those of the featured analysts. The content is intended to be used for informational purposes only. It is very important to do your own analysis before making any investment.