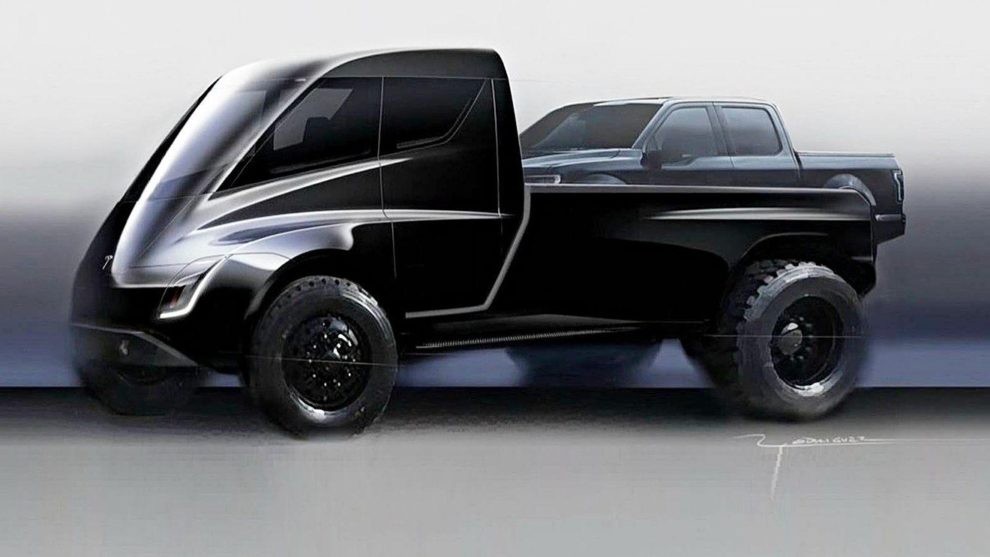 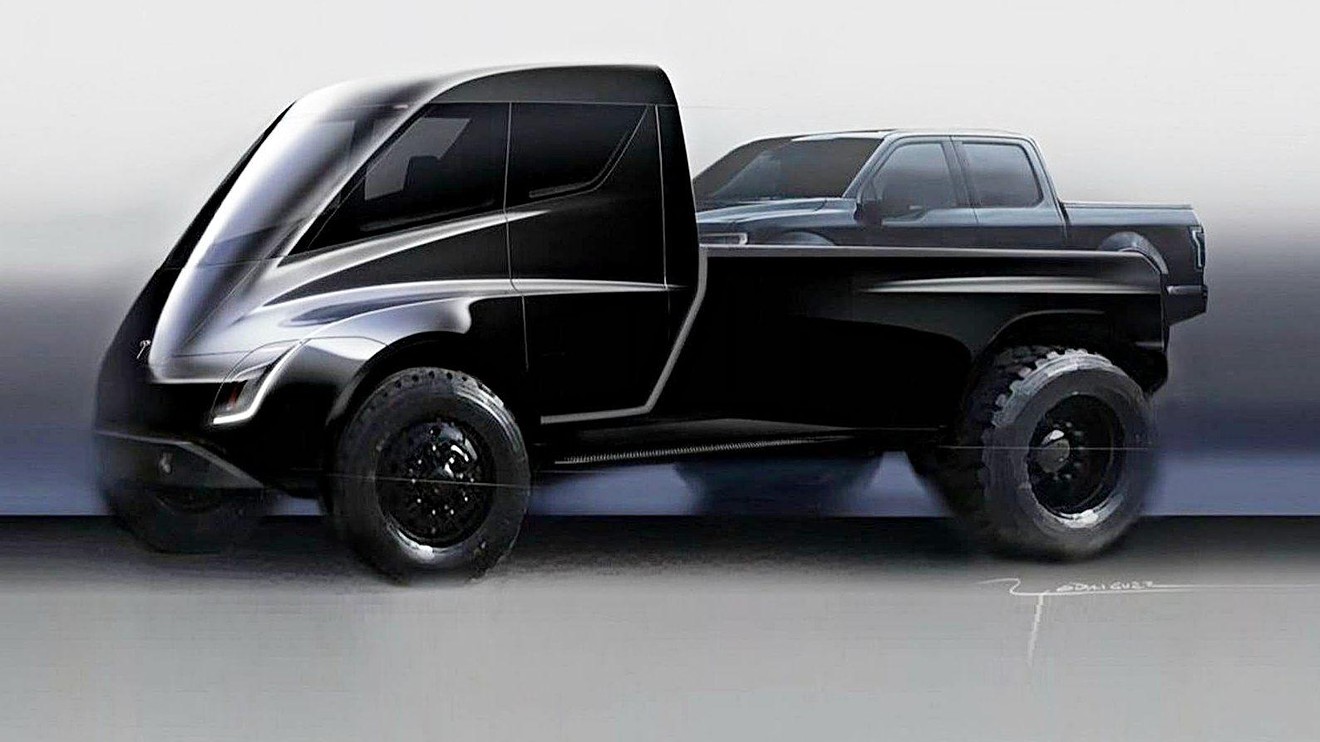 A new Tesla model unveiling is around the corner, this time in the pickup category.

A late-July tweet by Elon Musk, the company’s CEO, suggests it could happen as early as September. Musk claims the new Tesla TSLA, +2.30%  electric pickup truck, dubbed “Model P,” will be “better” than the best-selling Ford F, +0.27%  F-150 “in terms of truck-like functionality, and … a better sports car than a standard [Porsche] 911.” (Porsche, which is coming out with a Tesla Model S challenger, is a subsidiary of Volkswagen VWAGY, +1.28% VLKAF, -0.30%. )

Details about the pickup are still scarce, including the design. In an interview with Recode, Musk said the vehicle would have a “really futuristic-like cyberpunk ‘Blade Runner’ design.” A couple of 3-D design sketches are currently available online, the most prominent of which is the one made by Tesla, though there’s another created by independent professional automotive designer Emre Husmen.

While Tesla’s own concept was shown in June 2018, there’s a good chance the final product won’t stray far from the original. When I first saw Husmen’s design, I fell in love with the Model P, even though I don’t need a pickup. Seeing the original Tesla sketch made me less enthused. Even Musk acknowledged that a “Blade Runner-inspired” form might not appeal to a wide audience — the traditional truck crowd, in particular.

While the pickup may not end up as good looking as it could be, maybe it’s what’s on the inside that counts. If Musk’s statements are any indication, and he usually doesn’t overestimate vehicle capabilities, the truck should be able to outmatch the 2017 Porsche 911 Carrera, which can go from 0-60 miles per hour in under 4 seconds. And the Tesla pickup may be capable of towing 300,000 pounds, many multiples that of a Ford F-150. In fact, Tesla’s sketch shows a small F-150 loaded in the bed of Model P. The the pickup could take six passengers on a 400- 500-mile trip, and although Musk says this number might even be higher, it is reasonable to estimate that once the pickup gets fully loaded, its range will be reduced.

It has been announced that the Model P will be powered by a dual-motor all-wheel-drive system, with “crazy torque,” according to Musk, and will have a suspension that dynamically adjusts for load. The truck will also feature sonar, a 360-degree camera and automatic parallel parking, all of which will be powered by a high-voltage lithium-ion battery. Power outlets on the vehicle will be provide juice to “high-power tools in field all day. No generator needed,” Musk said in a tweet.

Finally, there’s the price. In Musk’s own words: “You should be able to buy a really great truck for $49K or less.”

While those are all the details we have so far, more will undoubtedly surface as the reveal date approaches.

Down on the farm

The main problem for Tesla is the reception from its target audience: truck owners, farmers and technicians (among others). Unlike tech enthusiasts, they value utility and durability far more than gimmicks, sonar and cameras, and if Tesla’s pickup won’t be able to outperform what they can already do with conventional trucks, they will be unlikely to switch. An average American farmer would want a truck that’s not only powerful, but also easy to repair (preferably on-site) and modular enough to be adapted to various workloads and scenarios. It remains to be seen if Tesla will be able to answer these challenges once the model is unveiled.

What do you think about Tesla’s pickup? Are there any features you’d like it to have? Please let me know in the comment section below.

Everything coming to Netflix in July — and what’s leaving

Project Syndicate: Trump is prepared to go to war against U.S. intelligence agencies