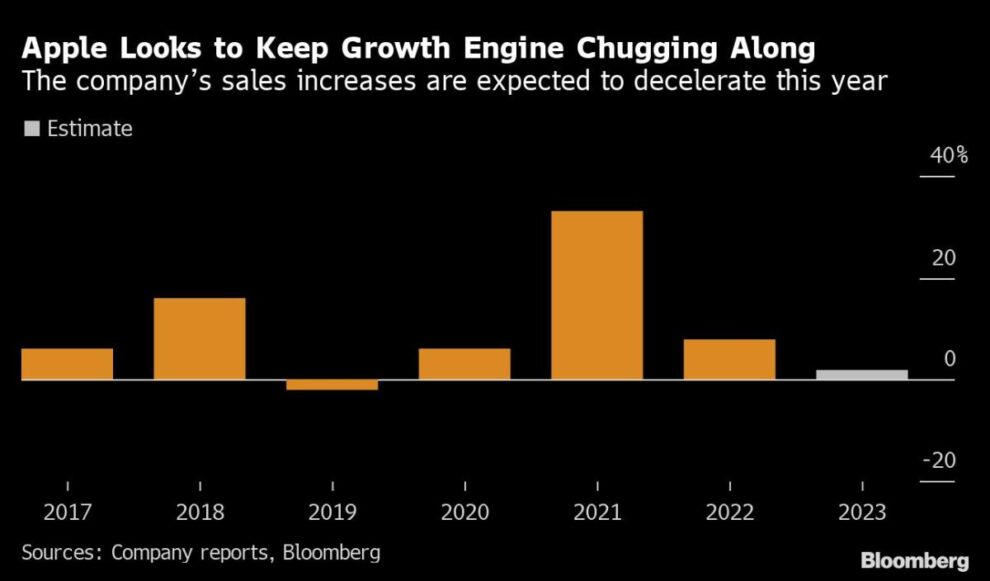 (Bloomberg) -- Apple Inc. is still planning to unveil its first mixed-reality headset this year, but an even more important follow-up product — lightweight augmented-reality glasses — has been postponed due to technical challenges. Most Read from BloombergMicrosoft to Cut Engineering Jobs This Week as Layoffs Go DeeperChina’s Population Shrinks for First Time Since 1960s in Seismic ShiftLarry Fink Says ESG Narrative Has Become Ugly, PersonalScholz Sees Germany Riding Out War in Ukraine Without R Read More... 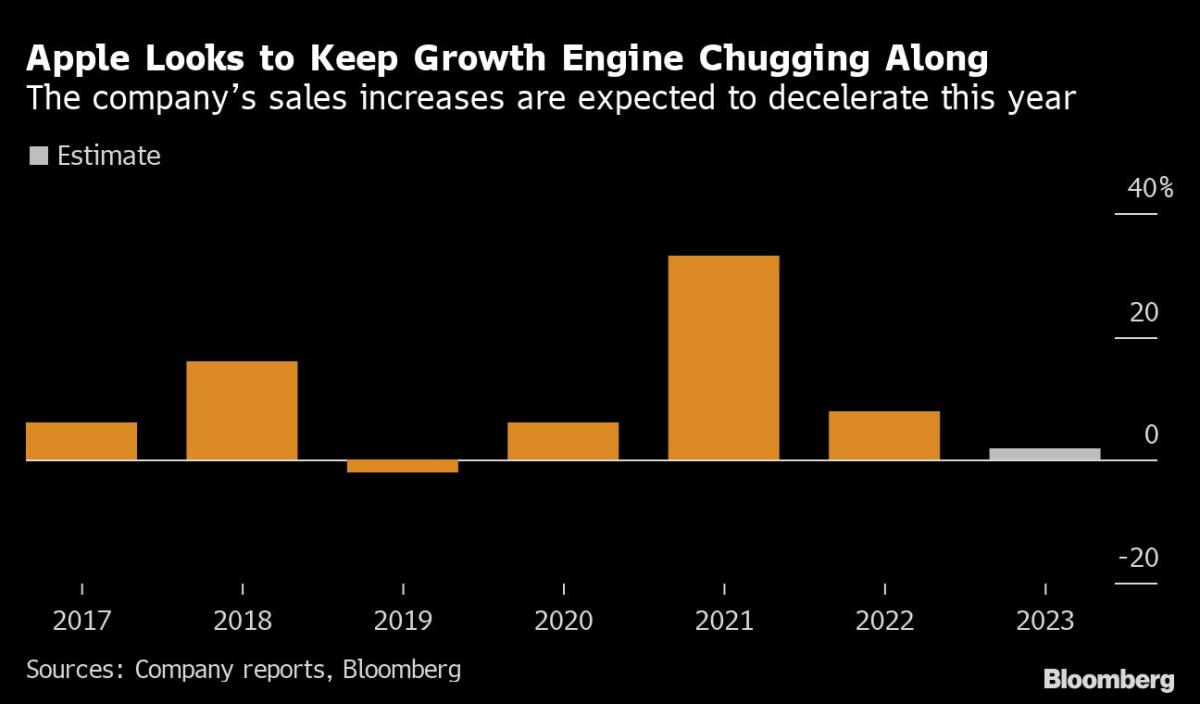 (Bloomberg) — Apple Inc. is still planning to unveil its first mixed-reality headset this year, but an even more important follow-up product — lightweight augmented-reality glasses — has been postponed due to technical challenges.

The company had originally hoped to release the AR glasses after the debut of its mixed-reality headset, which combines both AR and virtual reality, but that part of the plan is now on hold. Instead, Apple will follow up with a lower-cost version of the mixed-reality headset as soon as 2024 or early 2025, according to people familiar with the deliberations.

The shifting plans underscore the challenges Apple faces in pushing into a new industry. The company is betting that AR and VR devices could be a major moneymaker, but the technical challenges of producing a consumer-friendly product has bedeviled much of the tech world. Apple’s initial dream of offering a lightweight pair of AR glasses that people could wear all day now appears many years away — if it happens at all.

VR headsets — a market currently dominated by Facebook owner Meta Platforms Inc. — offer a more immersive experience, with people typically using them to play video games, communicate in virtual meeting rooms and watch video. AR glasses, in contrast, overlay visuals and information on real-world views. The hope is that users could wear such glasses as they go about a normal day, but earlier attempts at the concept — such as Google Glass — haven’t gained traction.

High cost also could make an Apple headset more of a niche product. The initial mixed-reality device due this year will cost around $3,000. The hefty price stems from its use of advanced and high-resolution displays, more than 10 cameras, sensors to determine where a user is looking, and both a Mac-grade M2 processor and a dedicated chip for handling AR and VR visuals.

Apple is aiming to lower the price of the follow-up mixed-reality device by using chips on par with those in the iPhone rather than components found in higher-end Mac computers. The company will be competing with Meta’s mixed-reality headset, which costs $1,500. That’s a price Apple may strive to get closer to with its lower-end model.

Trademark filings made by Apple hint at the dual device strategy. The documents have included the names “Reality Pro” and “Reality One.” The Pro name is likely for the initial model, while the “One” suffix could be under consideration for the cheaper version. There also is a trademark filing for “Reality Processor,” hinting at the name for the dedicated chip.

The company is focusing on the lower-cost headset instead of the AR glasses, which were once planned to be released about a year after the initial headset, said the people, who asked not to be identified because the project is still under wraps. At one point, Apple aimed to release the glasses in 2023, before delaying the launch until around 2025. Now, Apple has postponed the rollout indefinitely and pared back its work on the AR device.

An Apple spokeswoman declined to comment on the company’s plans. Earlier Tuesday, Apple released new Mac computers with M2 chips in its first product launch of 2023.

Apple’s mixed-reality headset will use displays to create an all-encompassing VR environment and pass-through cameras to mimic an AR effect. That’s a lot less complicated than the technology needed to make an AR-only device that looks similar to normal glasses.

Apple ultimately sees less-bulky AR glasses as a product that could replace the iPhone by moving the smartphone’s main functions to a wearer’s field of view. Such a device could let users see incoming notifications, get map directions, make and take phone calls, or snap photos right from their face.

But finding the right chips, batteries, software and manufacturing to create a lightweight product that can last all day isn’t on the horizon yet. Apple’s first high-end headset will last about two hours on one charge. A phone, in contrast, can usually last the whole day or longer.

The Information reported earlier on details of the battery pack.

The headset’s battery also will be cumbersome, with the company choosing to not include it in the device itself to reduce the weight and heating risks of the head-worn product. The battery will connect to the headset over a cable and rest in a user’s back pocket. Creating a lightweight device with advanced augmented reality and a built-in battery that could last all day isn’t feasible with today’s technology.

The vast majority of Apple’s Technology Development Group — the 1,000-person-plus unit dedicated to AR and VR — is focused on the first two mixed-reality headsets. But the company still has some teams exploring technologies that would go into standalone glasses, should they eventually launch.

Some people within Apple doubt that the company will ever ship AR glasses, but it remains a long-term goal. Though Meta and and Alphabet Inc.’s Google have both announced their own plans for AR glasses, those products also remain in early stages.