From losing a job to not being able to get a haircut, there are many costs for not getting vaccinated. Read More... 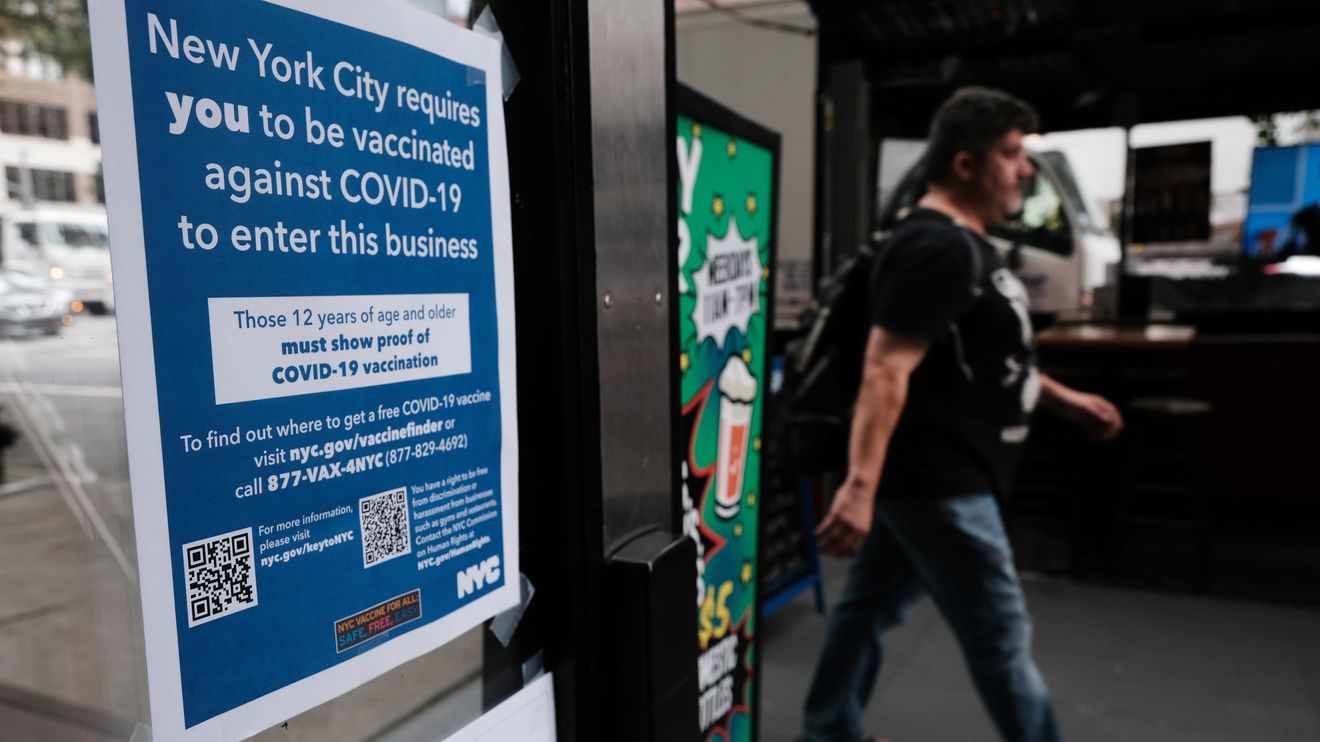 Employees of Delta Air Lines DAL, +1.90% who haven’t been vaccinated for COVID-19 will now pay a price for it — specifically, a monthly $200 surcharge. And that may leave other Americans wondering if they could face a similar hit. (Delta Air Lines didn’t respond for immediate comment about its $200 monthly surcharge.)

But that’s really just one piece of it. There’s a growing list of penalties — some financial, some social, some lifestyle-related — for shunning the shot, to say nothing of the obvious risk of becoming ill or even dying from the virus. Here’s a list of a dozen “prices” an unvaccinated person may pay.

You could lose your job

Numerous employers are requiring their workers to get vaccinated. In some instances, the mandate applies only to those in management or working at specific offices, however. Exceptions can also be made for those with religious or medical reasons.

Junior may not be allowed to attend class

A college degree is often seen as a ticket to success. But these days, a vaccine is quickly becoming the price of admission. A recent report found that close to 700 public and private higher-education institutions are mandating the shot. And younger students could be looking at such a requirement as well: In New York state, a bill has been introduced speaking to that very idea.

Say farewell to your favorite restaurant

Such cities as New York and San Francisco are now making vaccinations a must if you want to dine indoors. Elsewhere, restaurants in places from Cincinnati to Minneapolis are putting their own vaccine rules into place.

Think twice about that Paris vacation

Travel is getting tricky for Americans who are unvaccinated and want to head abroad. For example, you are permitted to fly into France, but you will need to show proof of a negative COVID-19 test.

What’s more, France requires proof of vaccination in the form of a “health pass” to visit certain indoor venues — here’s how to get one. Other nations have similar rules. A few foreign destinations, such as St. Kitts and Nevis, are making vaccines fully required for entry.

Your dream cruise to nowhere

Disney DIS, -0.09% and Royal Caribbean RCL, +0.66% cruise lines are on the vaccine bandwagon. Both recently announced that Americans who are 12 or older and plan to board a ship will have to have had their shots.

Your financial adviser may not see you in person

Goldman Sachs GS, +1.12% is going beyond mandating that its employees be vaccinated if they want to work in person. It’s also requiring proof of vaccination for visitors to its offices. Morgan Stanley MS, +0.97% has put a similar policy into effect at its New York City and Westchester County offices.

Forget about catching a Broadway show

New York’s theater community is ramping up for a busy fall season, with two shows already running on Broadway. But if you want to take your shot and see “Hamilton,” you better get your shot. Actually, New York is now requiring proof of vaccination for all indoor entertainment venues, including theaters and concert halls.

Entertainment promoters across the country are putting their own vaccine mandates in place as well: AEG Presents, a major live-music presenter with nearly 50 venues, is one of the most prominent to do so.

Your morning workout could be at home

Gyms are also frequently on the list of establishments that want to see your vaccination card. In New York City and San Francisco, they’re required to do so as part of the broader rules on indoor activities. New Orleans has similar policies in place. Fitness chains, such as Equinox, are developing their own policies.

The doctor may not see you now

Healthcare providers have been on the front lines in the fight against COVID-19. So it’s perhaps no surprise to hear of at least one doctor who is refusing to treat unvaccinated patients.

“If they asked why, I told them COVID is a miserable way to die and I can’t watch them die like that,” said Alabama physician Dr. Jason Valentine. Still, questions are being raised as to whether such policies violate medical ethics.

Hair stylists may also be having second thoughts about welcoming unvaccinated customers. John Nelson, a stylist in West Virginia, put the kibosh on offering his services to those without their shots.

Regarding that social life you used to have…

You may be fine going unvaccinated, but your friends and family members could feel differently about your shot-less status, so be prepared to spend more alone time. Just listen to Jennifer Aniston of “Friends” fame about maintaining connections in the COVID-19 era. She said she “lost a few people in my weekly routine who have refused (to get the vaccine) or did not disclose and it was unfortunate.”

And what about life and health insurance?

Life insurers are certainly allowed to take various health and lifestyle-related issues, such as tobacco use, into consideration. Some major companies offering policies haven’t made vaccination status a consideration for new applicants, according to a recent report. At least, not yet.

With health coverage, there are rules that may prevent insurers from pricing premiums based on certain medical details. But employers who provide medical insurance can use wellness programs to offer health-related financial incentives (say, to quit smoking) or to impose surcharges, according to Verywell, a health website.

So, penalties could possibly apply for the unvaccinated.

NerdWallet: How safe is it to fly now? Are passengers getting sick?