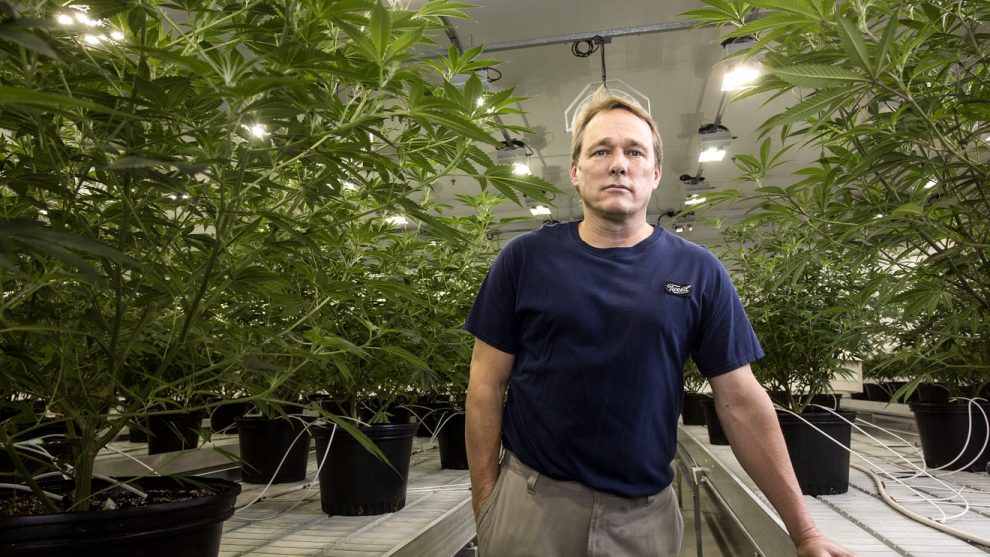 After recreational marijuana sales were legalized last year, Canopy Growth Corp.’s pot sales jumped 360%. When the world’s largest pot company reports a fresher crop of results this week, that number may be less than 40%. Read More... 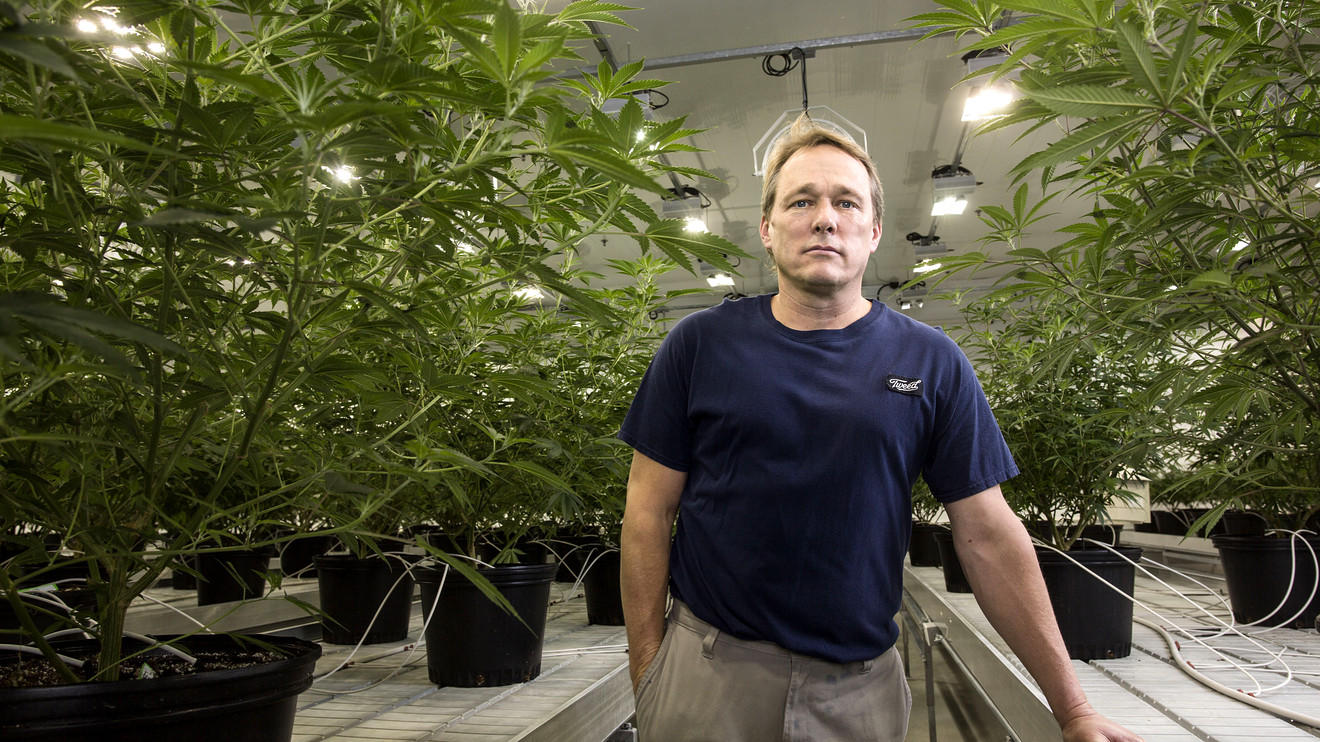 After recreational marijuana sales were legalized last year, Canopy Growth Corp.’s pot sales jumped 360%. When the world’s largest pot company reports a fresher crop of results this week, that number may be less than 40%.

While raw-pot sales will no longer grow as fast as legalization moves farther away in the rearview mirror, Canopy investors will still be looking for large revenue growth to justify the company’s market cap of more than $14 billion. Canopy Growth executives pointed to a couple of different paths to maintaining a high growth rate: International growth, especially a multibillion-dollar bet on the U.S. market, and new edible products expected to begin selling in December.

Ahead of the company’s fiscal fourth-quarter earnings, which it reports Thursday after the closing bell, Canopy Growth WEED, +0.41% CGC, +1.14%  and Acreage Holdings Inc. ACRGF, +1.84%  shareholders are expected to approve Wednesday the landmark deal joining the two companies upon a relaxed stance toward federal prohibition in the U.S.

For more: In ‘the marijuana ghetto’ at Davos, Canopy Growth found its American pot partner

While executives have already gone on a publicity tour attempting to sell the deal to the largely retail investor base, Canopy will likely touch on the arrangement — and its specific details, such as how the companies will work together ahead of changes to U.S. federal law — during its earnings conference call scheduled for 8:30 a.m. Eastern time Friday. So far, investors have learned that Acreage plans to roll out Canopy Growth’s Tweed and Tokyo Smoke brands in the U.S.

Cannabis companies rarely provide the sorts of precise forecasts investors have come to expect from other industries, but Canopy Growth executives will likely offer qualitative commentary on what to expect from the pot producer. One critical area is the company’s plan for its edibles rollout.

Health Canada unveiled its edible and vaporizer regime on Friday, but government officials told reporters on a conference call that there will be few products available this year. The earliest sale can occur on Dec. 16, two months after the new set of rules goes into effect on Oct. 17. But officials said many more products will be available to consumers in 2020.

Canopy Growth has made a significant bet on beverages, taking advantage of its investor, Constellation Brands Inc. STZ, +0.88%  and has been building a bottling facility across the street from its Smiths Falls, Ontario headquarters. But, the freshly announced edibles regulations aren’t favorable for Canopy Growth as they will limit the amount of tetrahydrocannabinol, or THC, to 10 milligrams per package — a six pack of cannabis-infused drinks would split that total.

But the money they got from Constellation may be more important in the long-term than the bottling knowledge, according to one analyst.

“They are now using the $4 billion in cash they got due to Constellation to get a route to control in the world’s biggest market, and what’s more, in the U.S.’s biggest player,” Jefferies analyst Owen Bennett wrote in a note to clients when the deal was announced. “If they didn’t have the cash then it would be unlikely they could do such a deal as it would be very difficult to raise capital in the debt markets for a right to buy when that right is not even certain anytime soon. In that context, the Constellation deal looks shrewd beyond the beverage capabilities it brings them.”

Earnings: According to FactSet, on average analysts polled model losses of C$95.2 million ($71.1 million), or 25 cents a share, widening from C$61.5 million, or 31 cents a share, in the year-ago period. Canopy Growth turned a substantial paper profit of C$74.9 million in the third quarter, in large part because the company adjusted the valuation of its convertible debt due to the company’s fluctuating stock price. Excluding that charge, among other things, Canopy posted losses of C$122 million.

Revenue: Net of excise taxes, analysts expect Canopy Growth to bank C$90.6 million in fourth-quarter revenue, up from C$22.8 million in the year-ago quarter, according to FactSet. Sequentially, in the fiscal third quarter, and the first nearly full three months of legalized adult use, Canopy Growth revenue amounted to C$83 million.

Of the 20 sell-side analysts that cover Canopy Growth, 13 have the equivalent of a buy rating on the stock, six have a hold and one rates the name a sell, according to FactSet. The average price target is $56.36, which represents an upside of 37% from Friday’s closing price.

Bennett at Jefferies wrote in a note to clients that Canopy Growth’s purchase of the right to acquire Acreage was a “big positive” for the company. Bennett wrote that for the Canadian licensed producers to become large cap companies, they will need significant U.S. operations — which if they wait until changes to U.S. federal law, could be too late.

According to Bennett, the Acreage deal will likely close in fiscal 2021 and contribute to fiscal 2022 revenue. Canopy Growth also has warrants in two other U.S. operators, Terrascend and Slang Worldwide, which it can exercise upon changes to federal regulations.

Read also: Canopy Growth’s quiet co-CEO on the pot company’s ambitions in the U.S. and more

The company has also moved into hemp cannabidiol, or CBD, products in New York state. According to several sources familiar with cannabis cultivation, Canopy should be able to easily and quickly transform hemp cultivation and processing facilities to handle marijuana. Bennett has a hold rating on the stock with a C$64 target price.

Cowen analyst Vivien Azer wrote in a June 7 note to clients that Canopy Growth has the most cannabis in stock and has the most products available from online cannabis retailers across Canada. Aphria Inc. APHA, +0.11%  holds the second-most, followed by CannTrust Holdings Inc. TRST, +6.17% CTST, +7.10%  and Aurora Cannabis Inc. ACB, -0.46% ACB, -0.99% Azer wrote. Azer rates the stock a buy with a target price of $61.53. 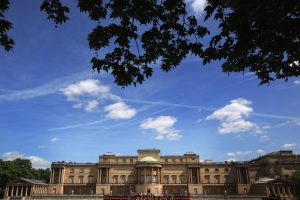 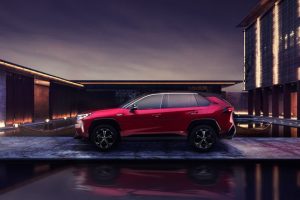