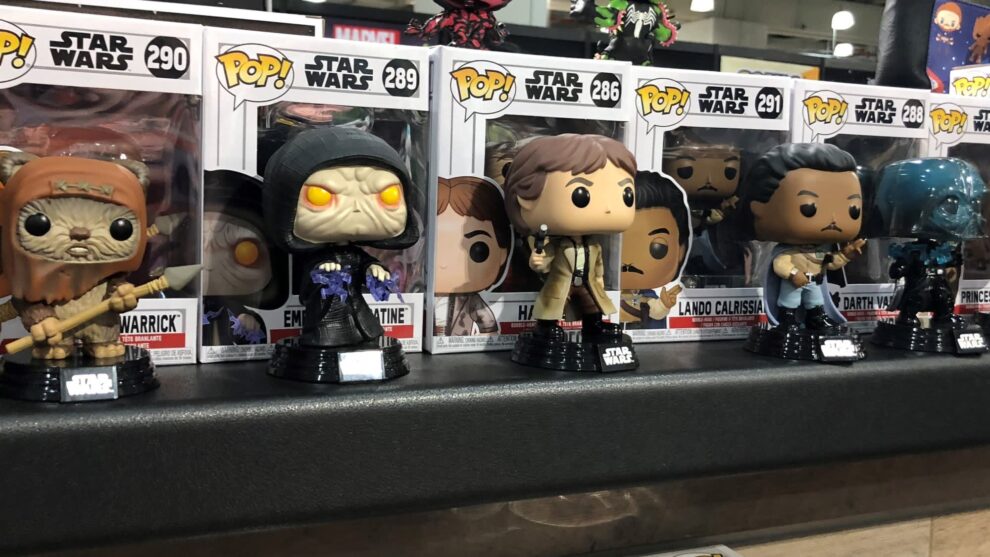 A global pandemic didn't stop ardent Funko collectors from stocking up on miniature models of their favorite characters from pop culture. Read more...

A global pandemic didn’t stop ardent Funko collectors from stocking up on miniature models of their favorite pop culture characters. The company beat on the top and bottom lines when it reported fourth-quarter earnings after on Thursday, sending shares up 10% after hours.

Here’s how the company did for the fourth quarter, compared with Wall Street estimates:

During the fourth quarter, Funko’s net sales soared 6% year over year to $226.5 million, as more folks scooped up merchandise from “The Mandalorian” and products from its Loungefly brand.

Much of Funko’s growth came from the U.S., where sales jumped 18% to $171 million, the best quarter ever for Funko domestically.

Net sales of non-figure products, including bags, wallets and T-shirts, grew 30% in the quarter compared with the same period last year. Its Loungefly products jumped 51%.

The company also saw strength in key product lines like “Harry Potter,” “Marvel Comics” and “Dragon Ball Z,” it said. Funko said it increased the number of its active properties by 9% during the quarter, offering 724 different licenses to consumers during the three-month period.

Net income for the quarter ended December 31 rose to $14.9 million. That’s compared with a net loss during the same period in 2019.

“During the year, we successfully strengthened our direct-to-consumer platform, launched new games and toys that extended our reach, expanded our presence among key retail partners in mass and digital, and drove robust fan engagement through global virtual events,” CEO Brian Mariotti said in the company’s earnings release.

Funko’s direct-to-consumer sales nearly doubled compared with the prior year, as more customers opted to shop online. This trend has been seen across the board for many toy retailers. Consumers were already gravitating toward online shopping prior to the coronavirus pandemic, but mass retail closures early in 2020 accelerated adoption.

To meet demand for products based on popular shows and films, Funko, like other toy manufacturers, has begun offering online preorders. This allows customers to ensure they can purchase collectibles that are often only produced in limited quantities.

Funko is confident about the future, forecasting revenue in 2021 to grow between between 25% to 30%.