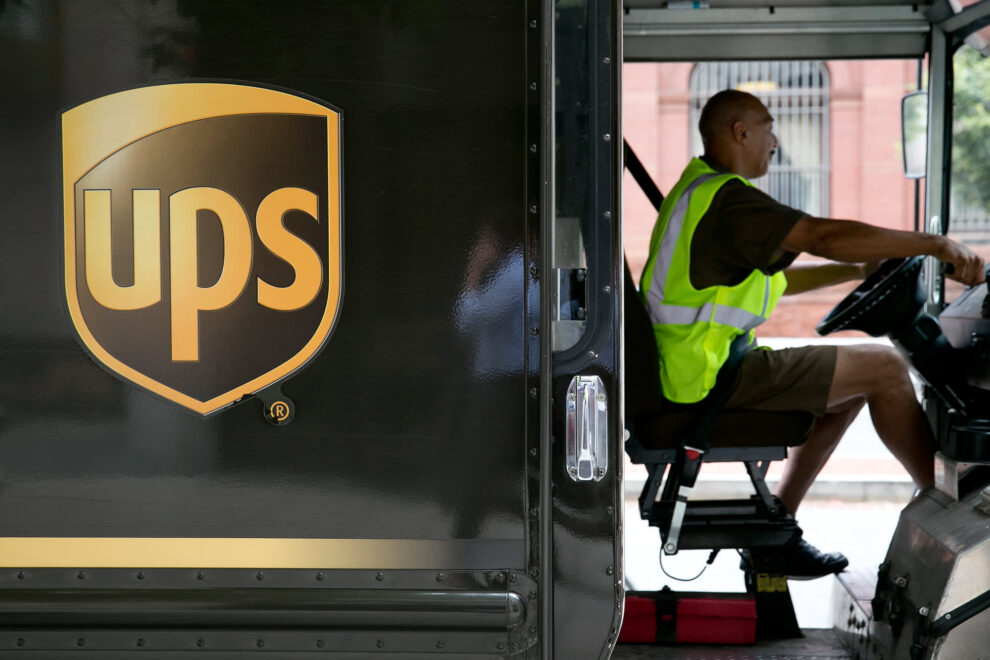 United Parcel Service driver pulls away after making a delivery in Washington, D.C.

For 2022, UPS stood by its outlook for revenue of $102 billion and adjusted operating margin of 13.7%, despite what CEO Carol Tomé called a “very dynamic” macroeconomic environment.

Here’s how the company performed compared to Wall Street expectations, according to Refinitiv.

Shares of the company rose more than 4% in light volume during premarket trading.

The company scaled back its expected capital expenditures for the year to $5 billion from about $5.5 billion. Chief Financial Officer Brian Newman said UPS was choosing to lease certain locations instead of buying them.

Revenue in U.S. and international packages grew from the same period last year, while the company’s supply chain solutions saw revenue shrink 6.3% due to declines in air and ocean freight forwarding.

Freight forwarding is the company’s large-volume pallet shipping operation that delivers large quantities of cargo across the world, managing customs and border logistics. The services sometimes use UPS vehicles and can consolidate shipments into other vehicles and routes.

The company said the declines were partially offset by growth in its logistics and health care businesses.

For the holidays, UPS expects volumes to be lower than last year, which the company attributed to changes in its contracts with larger clients. Last quarter, UPS said it was reducing its work with Amazon. Still, the company announced plans to hire at least 100,000 workers for the peak season.